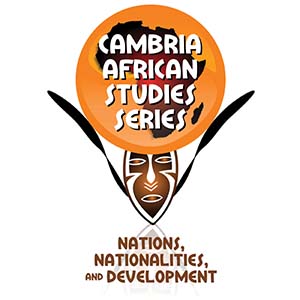 Cambria Press is proud to announce a new series, which will be headed by general editor Dr. Toyin Falola, the the Jacob and Frances Sanger Mossiker Chair in the Humanities and University Distinguished Teaching Professor at the University of Texas at Austin, with associate editor, Dr. Moses Ochonu, associate professor at Vanderbilt University.

The Cambria African Studies Series will feature high-quality, innovative monographs and edited volumes which will question, expand, and shed new light on the three operating concepts of nations, nationalities, and development while also clarifying them in relation to the lives, predicaments, hopes, and anxieties of Africans and Africa-descended peoples.

Africanist scholars from diverse disciplinary backgrounds have grappled with the question of how to understand and explain the concepts of nationhood, nationality, and nationalism, as well as the connection between them and development. A related field of inquiry is the nature of the state in Africa-state forms, statecraft, and state practices —and the relationship between these and development. In the post-Cold War era, when democracy, political liberalism, and pluralism of all forms appear to have acquired normative sway, the relationship between the political lives of nations and nationalities and development has shot to the forefront of scholarly debate.

The Cambria African Studies Series provides a much-needed platform for original studies which both illuminate and critique existing and emerging forms of geopolitical organization in Africa, whether these are nation-states, national imaginations and claims, and movements for self-determination. The editors are interested in studies which shed light on the overarching question of development (human, economic, social, cultural, etc.) and its symbiotic or fraught relationship with old and new political realities on the continent. Studies with comparative and transnational themes will also be considered.