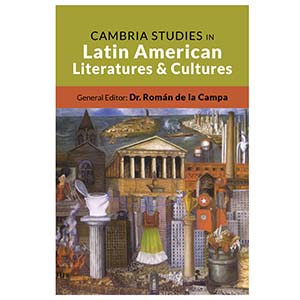 Cambria Press is proud to announce a new series, which will be headed by Dr. Román de la Campa, the Edwin B. and Lenore R. Williams Professor of Romance Languages at the University of Pennsylvania. The Cambria Studies in Latin American Literatures and Cultures book series will feature high-quality, innovative monographs and edited volumes that constitute path-breaking research in Latin American scholarship.

For literary works, we are interested in both comparative studies as well as book-length studies of individual Latin American writers. Similar genres of books on film studies, particularly those of that emphasize contemporary issues, are also of interest. We also welcome works of an interdisciplinary nature that interweave different disciplines of the humanities as well as studies on the Latin American diaspora.

Dr. Román de la Campa is the Edwin B. and Lenore R. Williams Professor of Romance Languages at the University of Pennsylvania. His research takes a comparative view on Latin American and Latino literatures, theory, and other cultural practices. His publications include over a hundred essays and journal articles published in the United States, Latin America, and Europe, as well as books published in both English and Spanish. Dr. de la Campa is also the general editor of the journal Hispanic Review.