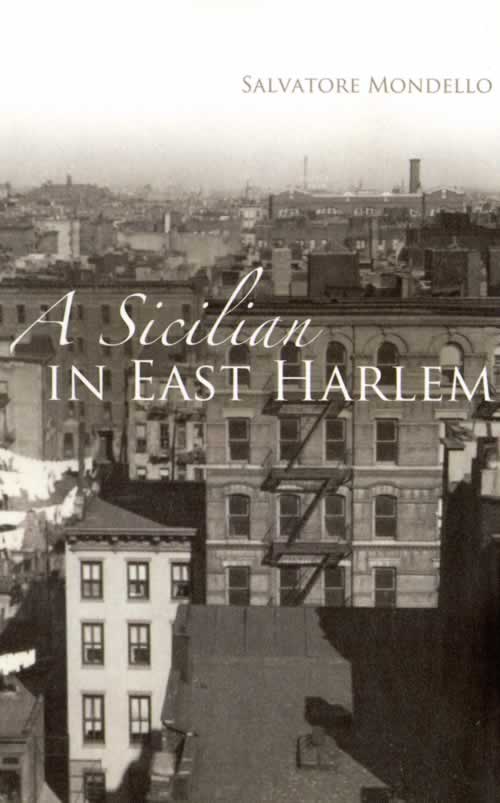 A Sicilian in East Harlem by Salvatore Mondello

Through this rich and vivid recollection, we relive an important moment of Sicilian immigration that must be known.

A Sicilian in East Harlem is the memoir of Dr. Salvatore Mondello, Professor Emeritus of History, Rochester Institute of Technology. This work offers a unique perspective on Sicilian life and culture in East Harlem and makes a significant contribution to our knowledge of this immigrant group. The book has two parts. In Part I, Dr. Mondello introduces the reader to the family and cultural life of Sicilians growing up in East Harlem. In Part II, Professor Mondello portrays the lives and perspectives of a number of individuals. This book shatters commonly held perceptions of Sicilians in New York. It will stand forever as perhaps the only window into a past which is vanishing from our history.

Through (his) recollection we relive an important moment of Sicilian immigration that must be known. - Sicilia Parra

Salvatore Mondello’s academic achievements are indicative of his dedication to scholarship and his desire to bring to light knowledge that has been hidden for too long. He paints a picture of Sicilians that needs to be made public. – Luciano J. Iorizzo, Professor State University of New York at Oswego

It articulates a transitional way of life that seems to be so common in an earlier era in numerous Little Italies, one that is now largely vanished and retained often in faulty memory. – Salvatore LaGumina, Professor Nassau Community College.

Dr. Salvatore Mondello, Professor Emeritus Rochester Institute of Technology, has a PhD in history from New York University. Dr. Mondello is author of many scholarly articles and books including The Italian Americans (Twayne Publishers) which he co-authored with Luciano J. Iorizzo. A Sicilian in East Harlem establishes Dr. Mondello as a leader in the creative non-fiction genre.