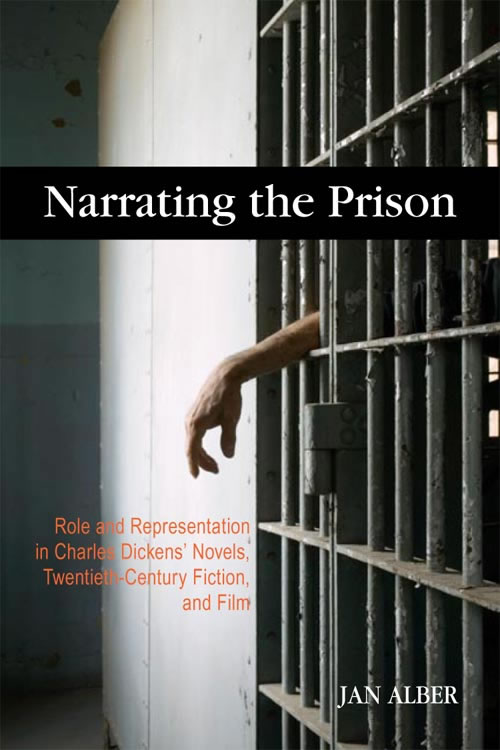 "Almost formalistic in its exhaustive analysis...Alber carefully examines the experience of imprisonment as these narratives present it to those who have not been incarcerated. Recommended." - CHOICE

This book investigates the ways in which Charles Dickens' mature fiction, prison novels of the twentieth century, and prison films narrate the prison. To begin with, this study illustrates how fictional narratives occasionally depart from the realities of prison life, and interprets these narrations of the prison against the foil of historical analyses of the experience of imprisonment in Britain and America. Second, this book addresses the significance of prison metaphors in novels and films, and uses them as starting points for new interpretations of the narratives of its corpus. Finally, this study investigates the ideological underpinnings of prison narratives by addressing the question of whether they generate cultural understandings of the legitimacy or illegitimacy of the prison.

While Dickens' mature fiction primarily represents the prison experience in terms of the unjust suffering of many sympathetic inmates, prison narratives of the twentieth century tend to focus on one newcomer who is sent to prison because he committed a trivial crime and then suffers under a brutal system. And while the fate of this unique character is represented as being terrible and unjust, the attitude towards the mass of ordinary prisoners is complicit with the common view that 'real' criminals have to be imprisoned. Such prison narratives invite us to sympathize with the quasi-innocent prisoner-hero but do not allow us to empathize with the 'deviant' rest of the prison population and thus implicitly sanction the existence of prisons.

These delimitations are linked to wider cultural demarcations: the newcomer is typically a member of the white, male, and heterosexual middle class, and has to go through a process of symbolic 'feminization' in prison that threatens his masculinity (violent and sadistic guards, 'homosexual' rapes and time in the 'hole' normally play an important role). The ill-treatment of this prisoner-hero is then usually countered by means of his escape so that the manliness of our hero and, by extension, the phallic power of the white middle class are restored. Such narratives do not address the actual situation in British and American prisons. Rather, they primarily present us with stories about the unjust victimization of 'innocent' members of the white and heterosexual middle class, and they additionally code coloured and homosexual inmates as 'real' criminals who belong where they are.

Furthermore, Dickens's mature fiction focuses on 'negative' metaphors of imprisonment that describe the prison as a tomb, a cage, or in terms of hell. By means of these metaphors, which highlight the inmates' agony, Dickens condemns the prison system as such. Twentieth-century narratives, on the other hand, only critique discipline-based institutions but argue in favour of rehabilitative penal styles. More specifically, they describe the former by using 'negative' metaphors and the latter through positive ones that invite us to see the prison as a womb, a matrix of spiritual rebirth, a catalyst of intense friendship or as an 'academy'. Prison narratives of the twentieth century suggest that society primarily needs such reformative prisons for coloured and homosexual inmates.

“A valuable contribution to ongoing scholarly discussions of the relationship between formal narrative devices and ideology … this is a highly readable, very compelling study of the cultural and political underpinnings of narrative form.” – Style

“While Dickens and other realists fancied society itself as one big prison and the latter as a microcosm of the former, a significant number of authors and movie directors closer to our time appear to buy into the notion of prison as ‘social necessity’ and violent arena that retroactively legitimates our apprehensions and further shores up ‘consensus’ around the dominant correctional mindset. For sure, these are all controversial problems of urgent interest inside and outside the academy. Narrating the Prison deals with them systematically, without preconceptions. Thoroughly researched, the book sheds refreshing light on prison literature and film.” – Professor Christian Moraru, University of North Carolina, Greensboro

"Almost formalistic in its exhaustive analysis...Alber carefully examines the experience of imprisonment as these narratives present it to those who have not been incarcerated. Recommended." - CHOICE

Jan Alber is an assistant professor in the English Department of the University of Freiburg in Germany. He received a scholarship from the German Research Foundation that allowed him to spend the 2007–2008 academic year at Ohio State University as a visiting scholar doing research on his second book under the auspices of Project Narrative. Alber's new project focuses on unnatural elements in postmodernist narratives. He wrote articles on Beckett, Dickens, narratology, the prison experience, ideological underpinnings of prison narratives, cinematic prison metaphors, and impossible storyworlds that were published or are forthcoming in journals such as Dickens Studies Annual, The Journal of Popular Culture, Short Story Criticism, Storyworlds, and Style. He edited two volumes, Moderne – Postmoderne (with Monika Fludernik, 2003) and Stones of Law - Bricks of Shame: Narrating Imprisonment in the Victorian Age (with Frank Lauterbach, forthcoming at the University of Toronto Press). Jan Alber also contributed to numerous edited collections as well as to The Routledge Encyclopedia of Narrative Theory and the new Handbook of Narratology.

Chapter II: What is a Prison?

The 'Old' and the 'New' Prison System in Great Britain

The 'Birth' of the Penitentiary in the United States

The Experience of Imprisonment

Chapter III: The Dark Dungeons in Charles Dickens's Novels and their Film Adaptations

The Prison as All-Embracing Shadow in Little Dorrit

- Prisons, Inmates, and the Prison Experience

- The Prison as World and Forms of Metaphorical Imprisonment

- The Prison and the Novel's Narrative Structure

"I Hope You Care to Be Recalled to Life?": Incarceration in A Tale of Two Cities

- The Imprisonment of Dr. Manette

- The Rulers Who Run the Prisons

The Internalization of the Prison in Great Expectations

- Pip's Guilt Complex in the Novel

- The Prison and Interiority in the Film

Narrating Prisoners and Prison Settings in Novels and Films

- Prison Settings in Novels and Films

The Prison as a Testing Ground for Masculinity: The Process of Becoming an Insider

Prison Violence and 'Homosexual' Rape as Forms of Symbolic 'Feminization'

The Prisoner as 'Abject' – The Madness of the 'Hole'

The Guards or the 'Other' Prisoners

Chapter V: Prison Metaphors in Novels and Films of the Twentieth Century

'Positive' and 'Negative' Metaphors of Imprisonment

- The Prison as Womb, Tomb, and Homosocial Club

- The Prison as Hell

The Prison as World – The World as Prison

- Conformism and Individualism in Prison

- The Class System in Prison versus Class as a Prison

- Racial Oppression in Prison versus Society as Prison

- Is the Whole World a Boring Prison?