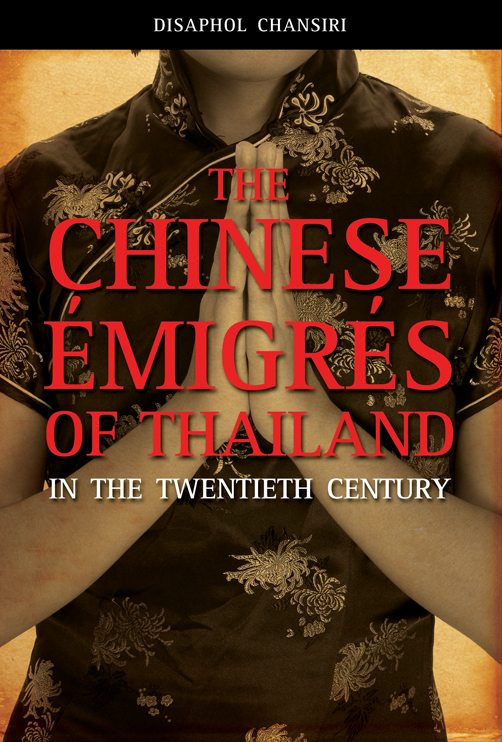 The most current in-depth study on the Chinese in Thailand, this is a critical addition for all collections in Asian Studies as well as Ethnic and Immigrant Studies.

The Chinese Émigrés of Thailand in the Twentieth Century examines Thai-Chinese relations, dating back to the first Thai dynasty (Sukhothai) to the present (Ratanakosin). The study explores the Thai domestic policies that have affected the Chinese population since World War II and assimilation policies of the Thai government towards the Chinese.

This book also analyzes both Skinner’s and Chan and Tong’s arguments, and their main idea in the context of the present day environment and situation for the ethnic Chinese. This research supports the Skinnerian paradigm, which asserts that “a majority of the descendants of Chinese immigrants in each generation merge with Thai society and become indistinguishable from the indigenous population to the extent that fourth-generation Chinese are practically non-existent.” The validation of the Skinnerian paradigm rejects Chan and Tong’s hypothesis, which claims that Skinner has “overemphasized the forces of assimilation” and that the Chinese in Thailand have not assimilated but retained their Chinese identity. To support Skinner’s assertion and reject Chan and Tong’s argument, this book presents rich empirical data collected via surveys conducted with the ethnic Chinese in Thailand from 2003-2004.

As the most current in-depth study on the Chinese in Thailand, The Chinese Émigrés of Thailand in the Twentieth Century is a critical addition for all collections in Asian Studies as well as Ethnic and Immigrant Studies.

"We have today’s practical problems of multi-ethnic societies ... While dealing with the failures of assimilation, are there any successes to which we can turn, for inspiration, or maybe just a comparative assessment? Arguably, Thailand is one of these. ... It may seem confusing to those outside—but no longer to the Thai themselves. We are grateful to Dr. Disaphol for his enlightened contribution to this continuing issue. His book will tantalize and fascinate." – Professor W. Scott Thompson, Fletcher School of Law and Diplomacy, Tufts University

Chapter 1: Migration Patterns and the Demographics of the Overseas Chinese in Thailand

Chapter 2: Chinese-Thai Relations from the Thirteenth Century to 1932

Chapter 4: Thai Domestic Policies Toward the Overseas Chinese in Thailand