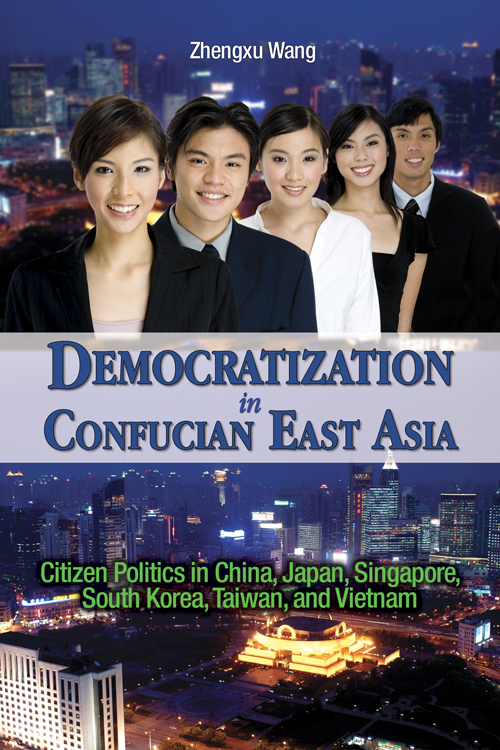 "In the lineage of Inglehart and Welzel’s theory of post-materialism and self-expression values, the author studied the level of self-expression values in these Asian societies … Clearly presented and succinctly argued. The theoretical reviews are sound and there are very good theoretical discussions of the relations between economic development, value change, and democratization." – East Asia

Worldwide newspaper headlines in recent years have covered political unrest in many East Asian nations. Citizens in these nations have become more vocal about their governments and the populace’s role in those governments. Democracy is not the dominant form of government in many of these nations. However, as nations have evolved, social change and economic developments have brought increasingly pro-democratic forces to the forefront.

Examining the forces of economic growth and social modernization and their impact on democratization provides the basis of this timely study. Using China, Japan, Singapore, South Korea, Taiwan, and Vietnam as case studies, this book delves into these nations’ Confucian cultural heritage and how that heritage allows for careful comparison of variables which affect societal values. Will East Asian nations embrace democracy? Will the nations already democratic become stronger? This book offers insightful responses to these critical questions.

Democratization in East Asia is an important addition for collections in political science and Asian studies.

"Clearly presented and succinctly argued. The theoretical reviews are sound and there are very good theoretical discussions of the relations between economic development, value change, and democratization." – East Asia

Dr. Zhengxu Wang is Senior Research Fellow at the China Policy Institute (CPI) in the School of Contemporary Chinese Studies at University of Nottingham. His research centers on Chinese politics, focusing on political reform and democratic changes. He holds a PhD in political science and education from University of Michigan. In addition to this publication, Dr. Wang is also editing two books on political reform and democratization in China. His other publications include articles in major academic journals, including Journal of Contemporary China, Issues and Studies, Japanese Journal of Political Science, and International Review of Sociology. In addition to his forthcoming publication from Cambria Press, Dr. Wang is currently working on book projects on China's government, citizen values, and China's foreign policy. Dr. Wang also frequently appears on TV, radio, and newspapers to comment on China and regional issues.

Value and Democracy in East Asia

Plan of the Book


2. Bringing People Back in a Conceptual Framework

The Rise of Self-Expression Values

Education as a Transforming Process

Protests and Democratization in East Asia


7. Self-Expression Values and the Infrastructure of Democracy


8. The Coming of Critical Citizens: Self-Expression Values and Political Trust in China

Testing the Before Critical Citizens Theory

9. Interpreting the Findings: When Will China Become Democratic?

A Simpler but More Focused Prediction


10. China: Democratization Under a One-Party Regime

Peaceful and Disruptive Ways to Democracy

Trends in Political Changes in China

The Hybrid Regime as a Pathway to Democracy