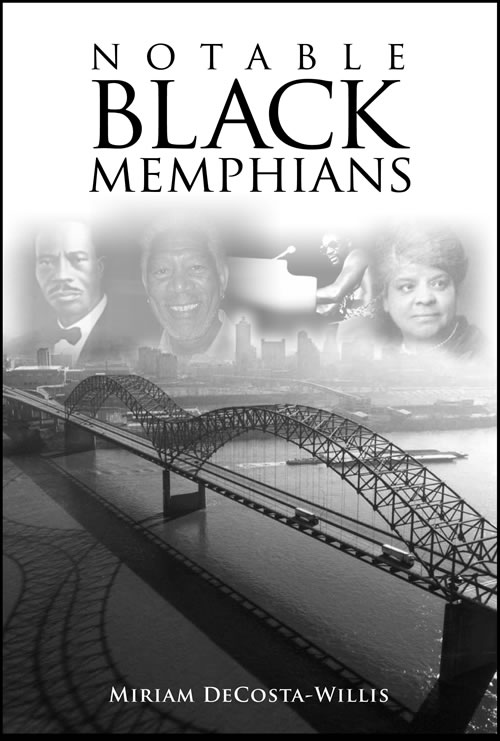 Based on ten years of research in archives and libraries, Notable Black Memphians is a vital addition to all collections in African American studies and American history.

This biographical and historical study traces the evolution of a major Southern city through the lives of men and women who overcame social and economic barriers to create artistic works, found institutions, and obtain leadership positions that enabled them to shape their community. Documenting the accomplishments of Memphians who were born between 1795 and 1972, it contains photographs and biographical sketches of 223 individuals (as well as brief notes on 122 others), such as musicians Isaac Hayes and Aretha Franklin, activists Ida B. Wells and Benjamin L. Hooks, politicians Harold Ford Sr. and Jr., writers Sutton Griggs and Jerome Eric Dickey, and Bishop Charles Mason and Archbishop James Lyke––all of whom were born in Memphis or lived in the city for over a decade. Also included are short biographies of barbers, sanitation workers, and postal employees such as Alma Morris, T. O. Jones, and Tom Lee––ordinary citizens who made extraordinary contributions to their community.

The result of ten years of research in archives and libraries, this study draws upon interviews, private papers, newspaper articles, and photographic collections to illuminate Black achievements in Memphis, Tennessee. Located in a bend of the Mississippi River, in the heart of the Bible Belt, and in the center of a tri-state region that includes Arkansas, Mississippi, and Tennessee, Memphis is the site of a rich African American culture that finds expression in blues and jazz, in poetry and fiction, and in painting and sculpture. Less well known, perhaps, are Black cultural expressions in business, athletics, and medicine: for example, the founding of hospitals and a medical school; the building of a public park/auditorium and the first Black-owned baseball stadium in the country; and the creation of the South’s first integrated law firm and first Black savings and loan association. Sons and daughters of the city include city and county mayors, an Olympic medalist, an Oscar-winning actor, and former member of the Federal Communications Commission, CEO of the Regional Medical Center, president of Colorado State University, and professor of orthopedic surgery at Harvard Medical School. The lives of these outstanding Black Memphians provide a context for understanding and interpreting the social, political, and cultural history of a city in the Deep South.

Notable Black Memphians is a vital addition to all collections in African American studies and American history.

Miriam DeCosta-Willis holds a PhD and an MA from Johns Hopkins University, and a BA from Wellesley College. Dr. DeCosta-Willis was the first African American faculty member of Memphis State University, and later became a professor of Spanish and chairperson of the Department of Romance Languages at Howard University. She went on to hold positions at LeMoyne-Owen College, George Mason University, and finally at the University of Maryland where she remained until her retirement.

Dr. DeCosta-Willis is the author of several books, including her most recent work, Daughters of the Diaspora: Afra-Hispanic Writers. She also served as an associate editor of SAGE: A Scholarly Journal on Black Women for ten years. She is co-founder and a former chairperson of the Memphis Black Writers Workshop, serves on the Memphis Arts Council advisory committee and is a review panelist for the National Endowment for the Humanities.

Introduction: Their Lives Are a Testament

Appendix A: Chronology by Birth Dates