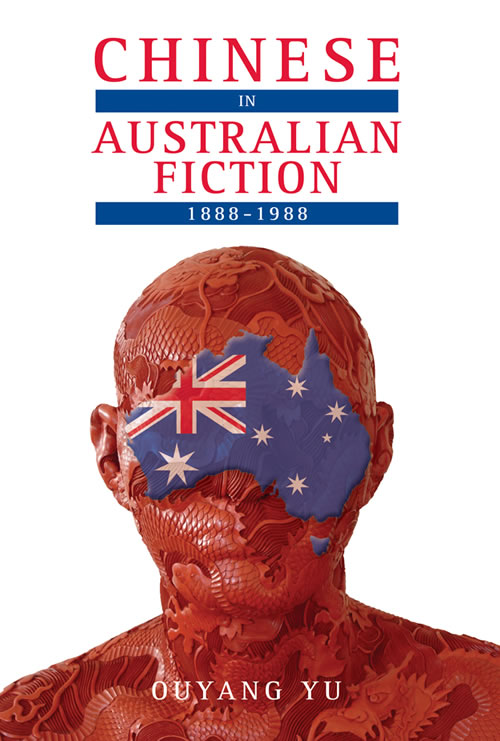 This is an important book that illustrates how the “Other” is represented and will be a valuable book for those in Australian studies, Asian studies, and literary studies.

The first Chinese in Australia are said to have arrived as early as 1818, and since then, many more have made Australia their homeland––the current Chinese population is over half a million. It is therefore not surprising that the Chinese are featured in many Australian literary works.

The study is divided into three major periods of 1888–1901, 1902–1949, and 1950–1988. The first period (1888–1901) deals with the initial attempts to represent the Chinese in fiction as the bad Other by the early Bulletin writers, the Australian responses to the rise of the fear of “the Yellow Peril” in “invasion literature,” and the imperialist will to power over the Chinese in writings set in China by Anglo-Australian writers.

Apart from pursuing the issue of the continued fear and stereotyping of the Chinese in popular writing, the second period (1902–1949) introduces a new phenomenon of literary Sinophilism that dichotomizes the representation of the Chinese and examines the image of Chinese women.

The third period (1950–1988) focuses on the problem of politicisation that polarizes literary attitudes towards the Chinese, and discusses Australia's “Asian writing” as an extension of colonial writing that continues to “Other” the Chinese and explores multicultural writing as an alternative means of representation.

This is an important book that illustrates how the “Other” is represented and will be a valuable book for those in Australian studies, Asian studies, and literary studies.

"As China continues to attract global attention because of its rapid economic growth, this book is a timely, valuable and stimulating read. Weaving literary representations with historical overviews, this book provides both literary and historical perspectives. Amply furnished with endnotes, bibliography and index, it provides comprehensive resource materials for those seeking a better understanding of the ways fiction has marginalised the Chinese throughout Australian history. This book is a valuable resource for those in Australian Studies, Asian Studies, Literary Studies or Ethnic and Immigrant Studies." - Journal of Intercultural Studies

"With his usual courage, Ouyang Yu has sought out extensive material written against the Chinese by Australians over one hundred years-and forced himself to read it and come to terms with it. The Chinese immigration to the goldfields in the mid-nineteenth century meant their derision in songs and stories, including those of Charles Thatcher and Rolf Boldrewood. By the 1890s, William Lane was writing diatribes against the Chinese in the name of the labour movement. Ever since, stereotypes of untrustworthy Chinese villains and exotic Chinese beauties have riddled Australian popular culture. Ouyang explores the shifts in these attitudes and the range of novelists who expressed them. At various times in the twentieth century, paranoia about Chinese invasion has been widespread in Australia-particularly after each of the world wars...Australians now have a prime minister who speaks Mandarin-a new era of Australian-Chinese relations may have begun. Ouyang Yu's study is a timely contribution to the re-examination of Australia's relationship to China." - Professor Susan Lever, University of New South Wales

Ouyang Yu graduated from La Trobe University with a doctoral degree in Australian literature and has had thirty-seven Chinese and English books published in the field of fiction, poetry, literary translation, and literary criticism since his arrival in Australia in 1991.

His literary awards include his first English novel, The Eastern Slope Chronicle (2002, Brandl & Schlesinger, Sydney) being shortlisted for the 2003 NSW Premier’s Awards and winning the Festival Award for Innovation in Writing in the 2004 Adelaide Bank Festival of Arts). His book of English poetry, Foreign Matter (2003, Otherland Publishing, Melbourne), also won the 2003 Fast Books Prize for Best Poetry in Australia.


Part I. Historical and Theoretical Issues

Chapter 2: The Other Question: An Orientalist Discourse?

‘Those Bad Chinese’: The Bulletin School of Writers

‘Faceless Invaders: Fear of the Other in William Lane and Works of Invasion

‘Power over the Chinese: Guy Boothby and Carlton Dawe

‘White Australia’ and the ‘Yellow Peril’

‘Double Half-castes: Xavier Herbert and Others

‘The Chinese in Anglo-Australian Writing

Chapter 5: The Chinese with White Hearts

‘The Other Half of the Other

‘The Chinese in Anti-Communist Writing

‘George Johnston and His China Novels

‘Christopher Koch and Representations of the Chinese in Recent ‘Asian’ Writing

‘The Chinese in New ‘China’ Novels

‘A Retrogression: The Chinese Takeover

‘Brian Castro: The Other Representing the Other