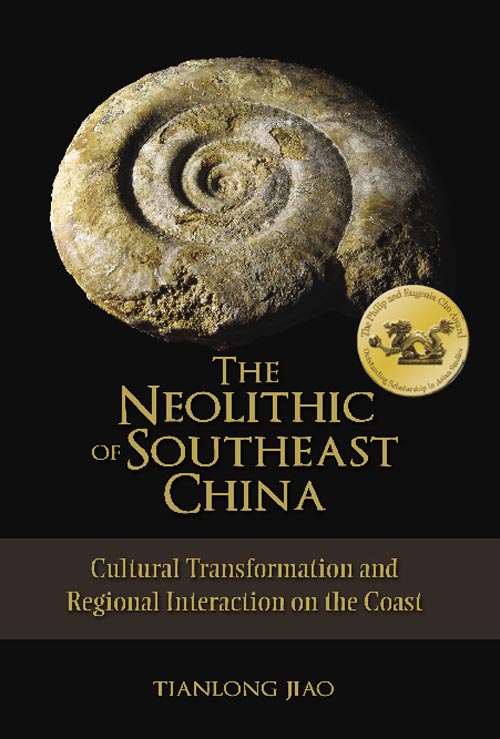 The Neolithic of Southeast China: Cultural Transformation and Regional Interaction on the Coast by Tianlong Jiao

The first book to provide an archaeological investigation on the patterns and processes involved in the cultural changes on the coast of Southeast China during the Neolithic period.

In this book, leading archaeologist Tianlong Jiao takes us on an archaeological investigation into the patterns and processes involved in the cultural changes on the coast of Southeast China during the Neolithic period.

The Neolithic of Southeast China began with a full array of pottery, polished stone tools and bone tools around 6500 B.P., and ended with the appearance of bronzes around 3500 B.P. This book takes us through the three periods: early (ca, 6500-5000 B.P.), middle (ca. 5000-4300 B.P.), and late (ca. 4300-3500 B.P.), detailing the transformation of subsistence patterns and the development of regional interaction spheres

The Neolithic people on both sides of the Taiwan Strait were proto-Austronesians. They first expanded to Taiwan around 6500-5000 B.P., and maintained regular contacts with the mainland until 3500 B.P. Their expansions were possibly motivated by multiple factors such as trade and new immigrant pressure. Given the increasing international attention of the search for the homeland of Austronesian speakers, this book is especially timely since it addresses the implications of the Neolithic cultural changes of Southeast China and adds to our understanding of the early expansion of the proto-Austronesians.

The foreword to this groundbreaking study is by world renowned archaeologist and scholar, Professor Ofer Bar-Yosef of Harvard University.

"...a major contribution to recognizing and understanding cultural changes in southeast China that took place during the local Neolithic period known to span about 3000 years, from about 6500 B.P. until around 3500 years ago...The author correctly points out the additional questions and targets for future research that should be the agenda for the next generation of archaeologists. In sum, this volume opens up a new important page in Chinese prehistory that will be of interest not only to specialists in East Asian archaeology, but for all those who are interested in the outcome of the Neolithic Revolution that changed the face of earth." - Ofer Bar-Yosef, MacCurdy Professor of Prehistoric Archaeology, Department of Anthropology, Harvard University

Dr. Tianlong Jiao is Chair of Anthropology at Bishop Museum in Honolulu, Hawaii. He holds a Ph.D. from Harvard University, and an M.A. from the Graduate School of the Chinese Academy of Social Sciences in Beijing, China.

Since 1985, Dr. Jiao has directed and / or participated in fifteen archaeological excavation projects in China. He has also served as Director of the Shandong Archaeology Team in the Institute of Archaeology at the Chinese Academy of Social Sciences.


2. The Environment of Southeast China


4. Southeast China and the Austronesian homeland


6. Archaeological Investigations of the Damaoshan site

Background to the investigation, The Setting, Excavation method and aims, Stratigraphy, Dating


8. Analysis of the Faunal remains of the Damaoshan site


9. Archaeological Investigation of the Huangguashan site


10. Analysis of the Huangguashan Archaeological Materials

Towards a new chronology of Southeast China’s Neolithic, The changes of material culture and subsistence patterns, The Neolithic exchange networks in Southeast China, Rethinking the expansions of the proto-Austronesians, Suggestions for future research