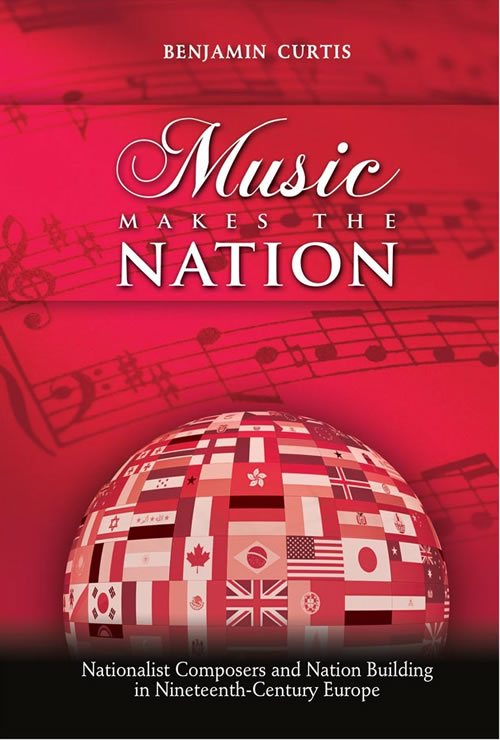 This book is an intellectual and cultural history about one of the most striking phenomena in all of nineteenth-century culture—namely, the interaction of nationalism and music. Nearly all the nation-building movements that swept across Europe in that century found some of their most influential and lasting expressions through the art of nationalist composers who took an active part in those movements. The political, intellectual, and artistic story behind some of the greatest musical works of the time and the artists who created them is the book’s focus.

Beginning with a theoretical explanation of the relationship between nationalism and music, three composers then come forward to stand at the center of the analysis: Richard Wagner in Gemany, Bedrich Smetana in the Czech lands, and Edvard Grieg in Norway. Their political and artistic projects to create a national music for their countries are the topic of the second chapter. The third chapter explores in detail the essential role that folk music played in nationalism as an attempt to fuse artistically the urban and rural populations into one national whole.

The fourth chapter discusses the conflicts within nationalist movements over foreign artistic influence on the national culture. The international dimensions of nationalist music are the subject of the fifth chapter, examining Wagner’s, Smetana’s, and Grieg’s aspirations for their art to represent their nations to the world. Finally, the concluding chapter offers a sweeping overview of nationalist composers and their works for a probing historical summary of music’s contribution to nation building.

As one of the very few broad, comparative studies of nationalist music, Music Makes the Nation is an essential resource for students and scholars in history and musicology. In addition, as a groundbreaking analysis of the socio-political functions of nationalist music, the book will be of interest to those studying nationalism and political science.

"The author's philosophical discussion of nationalism is enlightening: he challenges many earlier romantic concepts...Recommended." - CHOICE

Benjamin Curtis is Lecturer in the Humanities in Seattle University’s Matteo Ricci College. He received his BA at Middlebury College, an MS from the London School of Economics, and his MA and PhD from the University of Chicago. Specializing in international history and politics, he has published widely, on topics ranging from European integration to nationalist conflict.


Chapter One: Nationalism and Music

Nationalist Intellectuals and the National Culture


Chapter Three: The Role of Folk Sources in Creating a National Music

Smetana and the Battles of “Wagnerianism”


Chapter Five: Universality and the National Music’s Place in the World