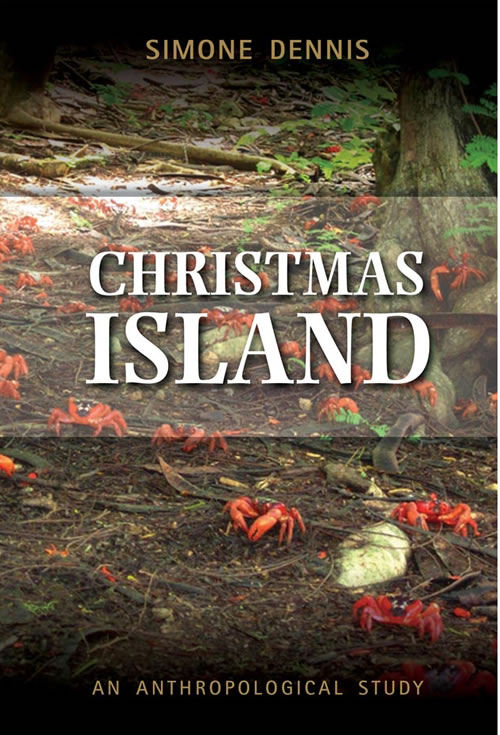 This original and unprecedented ethnography reveals a complex island society, whose presence at the very edge of the nation reveals important information about a place and a group of people new to ethnographic study.

As a migration exclusion zone, Christmas is both within and without of the nation, and has gone from a place known among nature lovers for its unique red crabs and bird life to the highly politicised subject of national concern and heated debate. But what is it like to be at home on Christmas Island? How do locals make and come to be at home in a place both within and without of the nation?

This anthropological exploration––the very first one ever undertaken of this strategically important island––focuses closely on the sensual engagements people have with place, shows how Christmas Islanders make recourse to the animals, birds and topographic features of the island to create uniquely islandic ways of being at home––and ways of creating “others” who will never belong––under volatile political circumstances.

This original ethnography reveals a complex island society, whose presence at the very edge of the nation reveals important information about a place and a group of people new to ethnographic study. In and through these people and their relationships with their unique island place, this ethnographic exploration reveals a nation caught in the grip of intensive national angst about its borders, its sense of safety, its struggles with multiculturalism, and its identity in a world of unprecedented migratory movement.

"Intriguing and informative ... with an extensive list of references ... Dennis's writing is elegant, thought-provoking, and, above all, never less than accessible." - Popular Culture Review

“Christmas Island is described by Simone Dennis as ‘the last outpost of the nation’, that is, a multicultural microcosm of contemporary Australia, worried by a search for a national identity in touch with the past but not limited by it...In Simone Dennis, Christmas Island has its consummate ethnographer and analyst.” – Professor Nigel Rapport, University of St. Andrews

Dr. Dennis is also an advisory editor for Popular Culture Review Journal in the United States.

Being on Christmas Island

A Place in Movements

Arriving by boat into (un)Australia

Being local on Christmas Island

Some notes on sensual movement


Chapter 2: The more than human world of Christmas

Walking, listening and remembering with animals

Animals and claims to place

How to make a neighbourhood

The sensual past in the present body

Island metaphors and dangers from over the water

Leaving it all behind