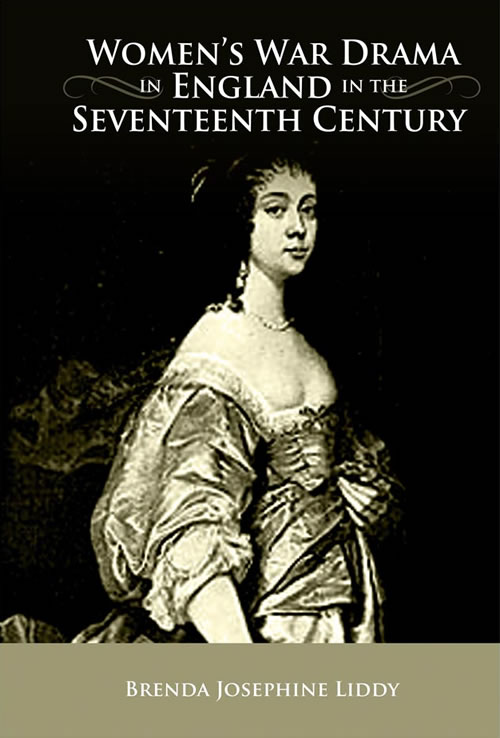 "Liddy’s study of women’s war drama in seventeenth-century England throws light on other female-authored war literature. This is a rewarding work, written in a clear and understandable style, which makes an original contribution to the subject." - Modern Language Review

This book examines representations of women and war in female-authored drama composed in seventeenth-century England, between the years 1645 and 1689. It examines how women’s writing was influenced by the war and how at the same time women were creating a discourse of war. It examines the legacy of the bloody events of the Civil War and their representation in early modern women’s drama.

The present research shows that the work of these extraordinary women was created by the Civil War culture and that because of their interaction with the war, they were also shaping a literary discourse of war. Attention to these women’s texts reveals their “social embedment” in early modern history and discloses “the historicity of texts and the textuality of history.”

This book sets a precedent by establishing a model for women’s war drama; this has never been done before in previous studies, and thus this book makes an innovative and significant contribution to the field. Extremely well researched, this book provides the reader with an understanding of theoretical perspectives, relevant criticism, and women’s dramatic writing of the seventeenth century.

"Liddy’s study of women’s war drama in seventeenth-century England throws light on other female-authored war literature. This is a rewarding work, written in a clear and understandable style, which makes an original contribution to the subject." - Modern Language Review


Chapter 1: Setting the Scene: A Contextual Examination of Women’s drama in the Early Modern Period


Chapter 2: “Our pedantical servants, have given us up for a prey to the enemy”: Representations of Female Community in Jane Cavendish and Elizabeth Brackley’s The Concealed Fancies and Margaret Cavendish, Duchess of Newcastle’s The Sociable Companions


Chapter 3: “The Devil take this cursed plotting Age”: Representations of Female Community in Aphra Behn’s The Rover and The Feigned Courtesans


Chapter 4: “Shall only men be Conquerors, and women Slaves?”: Representations of Female Soldiers in Margaret Cavendish’s Loves Adventures and Bell in Campo


Chapter 5: “Though she be no Natural Amazon, she’s Capable of all their Martial Fopperies”: Representations of Female Soldiers in Aphra Behn’s The Young King and The Widdow Ranter


Chapter 6: “Why Should we Tear Ourselves with Civil War?”: Representations of Women as Peacemakers in Katherine Philips’ Pompey and Horace


Chapter 7: “Never was a Civil War Feared More than Now”: Representations of Women as peacemakers in Aphra Behn’s The Roundheads and The City Heiress