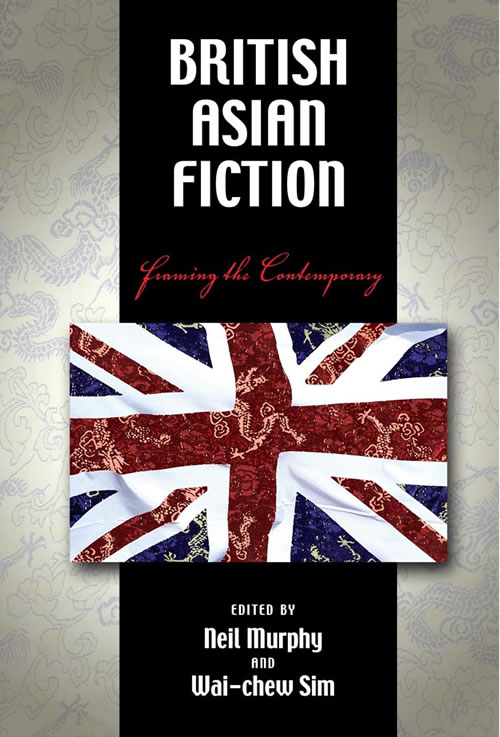 In this outstanding collection of essays, Neil Murphy and Wai-chew Sim seek not so much to demarcate the field of British Asian fiction, but to offer due acknowledgment of the artistic merit of the works of selected authors and simultaneously register their cultural significance.

In this outstanding collection of essays, editors Neil Murphy and Wai-chew Sim seek not so much to demarcate the field of British Asian fiction, but to offer due acknowledgment of the artistic merit of the works of selected authors and simultaneously register their cultural significance. This volume demonstrates in situ the virtues of commentary that engages in a substantial manner with formal and aesthetic considerations, even as it implicates the discourses of alterity that dominate contemporary cultural criticism. Additionally, the essays delineate the complex subject positions explored by authors and texts, and focus on the way writers negotiate the exigencies of their location within and between different social formations. If it is the case that British literature can no longer be discussed in monocultural terms because of the impact of the writers under consideration, it is also the case that the diverse trans-cultural positions they explore are often less specified than proclaimed. Addressing difference, commensurability, and form-related notions of “truth-content,” these essays enlarge our understanding of the range of British (and affiliated) identities, as well as the cultural contexts from which they arose. Working as academics and critics from Singapore, a useful vantage point, Murphy and Sim have extended the parameters of “British Asian” to include, not just writers from South Asia as is traditionally the case, but writers whose parents, or who themselves, have migrated to Britain from other regions of Asia, for example, Japan, Hong Kong, and Malaysia.

This initiative has made it possible for professors Murphy and Sim to bring together, first, an interestingly varied group of authors, among them those who came to prominence in the 1980s––Salman Rushdie, Timothy Mo, Kazuo Ishiguro–––as well as their younger contemporaries––Meera Syal, Romesh Gunesekera, Monica Ali, Hari Kunzru, Ooi Yang-May; and, second, a broad and diverse range of novels that span Timothy Mo’s Sour Sweet (1982) and Tariq Ali’s A Sultan in Palermo (2005), the fourth volume in his Islam quintet.

Neil Murphy is the author of Irish Fiction and Postmodern Doubt, and is the editor of a forthcoming collection of essays on Aidan Higgins. He has also published in The Review of Contemporary Fiction, Irish University Review, and in many other journals and books.

Wai-chew Sim is the author of Globalization and Dislocation in the Novels of Kazuo Ishiguro, and editor of Island Voices: A Collection of Short Stories from Singapore. His fiction has appeared in: Julie Mango, EnterText, Asiatic, and Silverfish New Writing 5.

Gerd Bayer holds graduate degrees in English and Geography. He currently teaches literature and culture in the English department of the University of Erlangen, Germany. He previously taught at the University of Toronto, at Case Western Reserve University, and at the University of Wisconsin–Whitewater. He is the author of a book on John Fowles and nature (2004) and the editor of Mediating Germany (2006), and has published essays on 20th-century British literature, postcolonial literature, popular culture, and cinema studies. He is currently editing a book on heavy metal music in Britain, forthcoming with Ashgate.

Kenneth Chan is an Assistant Professor of Film Studies in the School of English Language and Literature at the University of Northern Colorado. His work on Asian American culture, transnational Chinese cinemas, Singapore popular culture, and gender and sexuality matters have appeared in Cinema Journal, Tulsa Studies in Women’s Literature, Asian Cinema, and Journal of Chinese Cinemas. His forthcoming book, published by Hong Kong University Press, is titled Remade in Hollywood: The New Global Chinese Presence in Post-1997 American Cinema.

Reed Way Dasenbrock is the Cabinet Secretary for Higher Education for the state of New Mexico. He has worked in New Mexico for 27 years, first at New Mexico State University from 1981 to 2001, then at the University of New Mexico from 2001 until he joined the state government in 2007. Educated at McGill, Oxford, and Johns Hopkins, he received his PhD in English from Johns Hopkins in 1981. He is the author or editor of eight books, including Interviews with Writers of the Post-Colonial World(UP of Mississippi, 1992). In addition to compiling this collection of interviews with Feroza Jussawalla, he has published widely on postcolonial writers from South Asia, Africa, the Caribbean and the Pacific, including the first essay in PMLA on postcolonial literature, “Intelligibility and Meaningfulness in Multicultural Literature in English.”

Sheila Ghose is Assistant Professor of English at Uppsala University, Sweden. She obtained her PhD from New York University, and an MA from the University of Wales, and has published on British Asian writing and on postcolonial Sweden.

Dave Gunning is a Lecturer in English Literature at the University of Birmingham. He is the author of several articles on black British and British Asian literature and culture.

Sharanya Jayawickrama is a graduate of the University of London and the University of Cambridge. Her recent publications include “At Home in the Nation? Negotiating Identity in Shyam Selvadurai’s Funny Boy,” in Narratives of Home in South Asian Literature (2007), edited by Malashri Lal and Sukrita Paul Kumar. She is currently writing a book on memory, violence, and narrative in Sri Lanka and South Asia. She has taught at the National University of Ireland and at King’s College London, and was formerly digital archivist at the South Asian Diaspora Literature and Arts Archive in London.

Feroza Jussawalla is Professor of English at the University of New Mexico. She is the author of Family Quarrels: Towards a Criticism of Indian Writing in English (Peter Lang, 1984) and of a collection of poems titled Chiffon Saris. She has edited numerous works including: Interviews with Writers of the Postcolonial World (co-editor Reed Dasenbrock), Conversations with V.S. Naipaul, Excellent Teaching in a Changing Academy, and The Holt Guide to Writing Across the Curriculum.

Ruth Maxey is a Lecturer in Modern American Literature at the University of Nottingham. Her work on postcolonial literature, Edwardian writing, and contemporary British and American fiction has appeared in Textual Practice, Journal of Commonwealth Literature, Kenyon Review, Orbis Litterarum, South Asian Review, and Journal of the Short Story in English.

Leila Neti is Assistant Professor in the Department of English and Comparative Literary Studies at Occidental College in Los Angeles. She works in the area of South Asian and African diasporic literature. Her research examines structural relationships across a range of geopolitical terrains, for example, in marking global feminist continuities between Ireland and other postcolonies (in Violence and the Body, Indiana UP, 2003), and in emergent dialogues between black internationalism and global anti-colonial movements (forthcoming in Interdisciplinarity and Social Justice).

Andrew Hock Soon Ng teaches contemporary literature and postcolonial writing at Monash University, Malaysia. He is the author of Dimensions of Monstrosity in Contemporary Narratives (2004) and Interrogating Interstices (2007).

Wendy O’Shea-Meddour is a Postdoctoral Research Fellow at St Hilda’s College, Oxford, where she teaches postcolonialism, feminism and critical theory. She studied at Exeter University and the University of Wales, Cardiff, and received her D.Phil for a study of “the feminine” in contemporary Western philosophy. Since being funded by the British Academy, she has published on the works of V.S. Naipaul, Hanif Kureishi, and Monica Ali and is currently writing a book about “Muslims” in contemporary British literature, to be published in 2009.

Ronie Parciack works in the Department of East Asian Studies at Tel Aviv University. Her PhD dissertation was devoted to the philosophical, aesthetic, and devotional aspects of classical Indian culture as expressed and transformed in popular Hindi films. Her other interests include political Hinduism, Indian literature in English, and India-Israel cultural encounters. She has published in several refereed journals and anthologies. Her forthcoming book is entitled Face to Face: Hindi Cinema Encounters the Divine.

Alan Robinson is Professor of English at the University of St Gallen, Switzerland. He has taught at the Universities of Oxford, Lancaster, and Cologne and at all the German Swiss universities. His most recent book is Imagining London, 1770-1900 (London and New York: Palgrave Macmillan, 2004).

Tamara S. Wagner obtained her PhD from the University of Cambridge in 2002 and is Assistant Professor at Nanyang Technological University, Singapore. She is the author of Longing: Narratives of Nostalgia in the British Novel, 1740-1890 (2004) and Occidentalism in Novels of Malaysia and Singapore, 1819-2004: Colonial and Postcolonial “Financial Straits” (2005). She recently co-edited a collection on Consuming Culture in the Long Nineteenth Century (2007) and a special issue on nineteenth-century literature for Fiction and Drama. Her current projects include a book-length study of financial speculation in Victorian literature.


Chapter 3: The Politics of Imagining the Other in Hanif Kureishi’s The Buddha of Suburbia (Wendy O’Shea-Meddour)


Chapter 4: Homegrown Terrorism: The Bildungsroman of Hanif Kureishi, the Author, and His Characters (Feroza Jussawalla)


Chapter 6: Siting Speech: The Politics of Imagining the Other in Meera Syal’s Anita and Me (Leila Neti)


Chapter 16: “Change but the Name and the Tale is of You”: Narration and Agency in Romesh Gunesekera’s Heaven’s Edge (Cordula Lemke)


Chapter 17: Like Hours Through The Sandglass: Romesh Gunesekera and the Postcolonial Thermodynamic (J. Edward Mallot)


Chapter 18: Aesthetic Innovation and Radical Nostalgia in Kazuo Ishiguro’s When We Were Orphans (Wai-chew Sim)


Chapter 19: The Literalisation of Allegory in Salman Rushdie’s Shalimar the Clown (Neil Murphy)