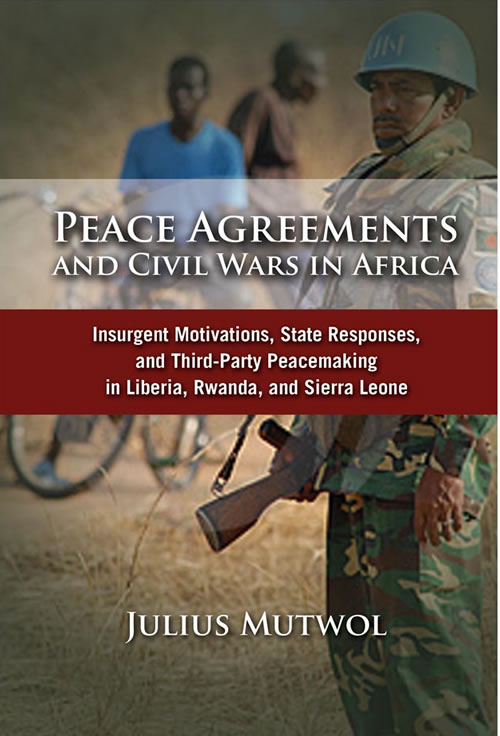 This excellent and thorough study improves our understanding of the process through which civil war agreements are concluded and why some settlements hold while others do not. This book will be a welcome reference for collections in African studies, international peace studies, and political science.

The focus is first a series of fourteen agreements that finally ended the first civil war in Liberia in 1997; second, the 1993 Arusha peace accord that failed to prevent the escalation of conflict into genocide in Rwanda; and third, a series of three agreements that were signed but did not initially hold to end the conflict in Sierra Leone. An excellent and thorough study, this book will be a welcome reference for collections in African studies, international peace studies, and political science.

"An outstanding addition to the literature on conflict resolution, particularly African civil wars. It offers scholars, analysts, and would-be peacemakers excellent lessons that should raise the odds for ending ongoing and future civil wars and ensuring long-term peace. Recommended." - CHOICE

Background to the Civil War

Outbreak of the Civil War

Government Response to the Invasion

The Bamako Accord, November 1990

The Lome Accord, February 1991

Ripening of the Conflict

The Yamoussoukro I Accord, June 1991

The Yamoussoukro II Accord, July 1991

The Yamoussoukro III Accord, September 1991

Explaining the Signing of Yamoussoukro IV Accord

From Stalemate to Negotiations, October 1992-July 1993

Implementation of the Accord

The Akosombo Peace Accord, 12 September 1994

The Abuja I Peace Accord

Explaining the Abuja I Peace Accord

The Interim Government and Implementation of Abuja I Accord

Implementation of the Abuja II Peace Accord

Why the Abuja II Accord was Successfully Implemented

Background and Causes of the Civil War

Preparations for the Invasion

Government Response to the War

UN Implementation of the Peace Accords

Collapse of the Accords


Chapter 7: The Abidjan Peace Accord

Background and the Warring Parties

Government Response to the War

The NPRC Coup and the War

The Abidjan Peace Negotiations and Peace Accord

Implementation of the Accord and Why it Failed

Responses to the AFRC Coup

The Search for a Mediated Solution

International Support for the Sanctions

Implementation of the Accord


Chapter 9: The Lome Peace Accord

Kabbah’s Restoration and the Aftermath

ECOMOG Conduct of the War

Intensification of Fighting and Invasion of Freetown

Main Provisions of the Accord

Collapse of the Peace Accord

British Intervention and Abuja I and II Accords