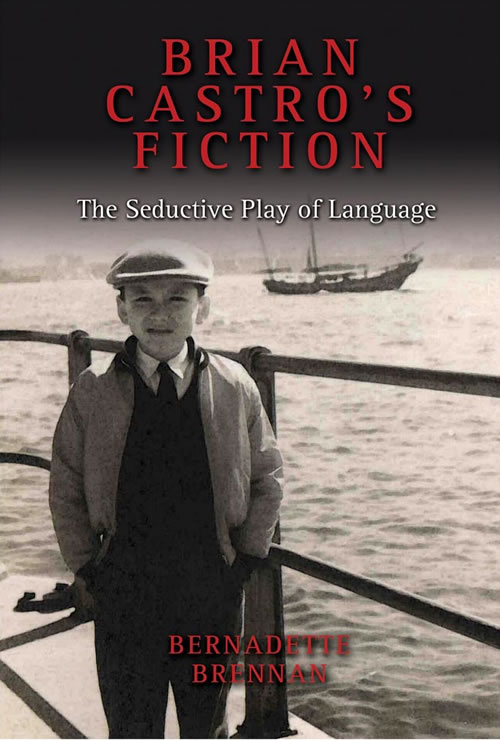 Brian Castro is one of the most innovative and challenging novelists writing in English today. By virtue of his childhood migration from Hong Kong to Australia, he is an Australian writer, but he writes from the margins of what might be termed mainstream Australian literature. In an Australian context, Castro has been linked with Patrick White because like White he is an intellectual, deeply ironic, modernist writer. His writing can also be comfortably situated within a wider circle of (largely European) modernist works by Marcel Proust, Franz Kafka, Walter Benjamin, Virginia Woolf, Thomas Mann, James Joyce, Gustav Flaubert, Vladimir Nabokov, W. G. Sebald, and the list goes on. Castro’s writing conducts richly intertextual conversations with these writers and their work.

Castro’s writing is linguistically and structurally adventurous. He revels in the ability of good experimental writing to open up imaginative possibilities for the reader. He strives always to encourage his reader’s imagination to embrace heterogeneity and uncertainty. His extensive engagement with the great modernist writers of the 20th century, combined with his Australian-Chinese cross-cultural concerns make his work unique amongst Australian writers.

Castro’s fiction is becoming increasingly recognized for its brilliance around the world. Readers and scholars, particularly from France, Germany and China, are discovering the delightful challenges and rewards his writing offers. In Australia, however, Castro’s writing has often been dismissed by academics and major publishing houses as being too cerebral or too literary. He has been labeled a writers’ writer because of the literariness of his concerns and the vast sweep of intertextual references that inform his narratives. Castro’s writing demands a committed, intelligent and passionate reader. He constructs narratives of absences, gaps, and multiple perspectives in the expectation that his reader will make the necessary imaginative connections and, in a sense, become the writer of his text. Castro has stated that the kind of novel he most enjoys reading is one he does not understand immediately, one that requires him to search out references and make discoveries. This is the kind of novel he writes. Perhaps, for this reason he has not attracted the large readership his work deserves.

This study of Castro’s fiction has two major objectives: to open up multiple points of entry into Castro’s texts as a means of encouraging readers to make their own imaginative connections and to explore diverse ways of reading, as well as to initiate further published scholarly discussions and readings of Castro’s work.

In this first critical study of Brian Castro’s work, Bernadette Brennan offers original and creative readings of Castro’s eight published novels. Brennan guides the reader through Castro’s elaborate semantics and at times dizzying language games to elucidate clearly Castro’s imaginative concerns and strategies. She opens up the many rhizomatic connections between Castro’s work and the multitude of texts and theorists that influence it and with whom it converses. And through all of this, she stays true to Castro’s imaginative project: to remain always open ended, always gesturing towards possibility rather than certainty and closure.

Brian Castro’s Fiction is an important book for all literature and Australasian collections throughout the world.

"Brennan’s critique calls forth a community around Castro’s writing. Her monograph overflows with her passionate, intelligent response to Castro’s fiction but she never exhausts her ideas. Resisting the seduction of conclusiveness, she provides a solid foundation for readers of Castro’s fiction, allowing her discussion to return repeatedly to the themes of writing, memory, desire and death." - JASAL

"Bernadette Brennan's monograph Brian Castro: the Seductive Play of Language is a necessary and significant contribution to the field of Brian Castro scholarship. It illuminates to date the work of a major contemporary writer in important ways, elucidating the complexity and high jumps of Castro's themes and preoccupations, offering up 'imaginative possibilities' rather than unimaginative closures." Tina Giannoukos, Traffic.

"Brennan’s theoretical acumen (her references to Roland Barthes are especially rich and interesting) and her wide knowledge of global fiction and poetry (not to mention visual arts) during the past century make her book an enlightening and heuristic guide to one of Australia’s most innovative fiction writers." Nicholas Burns, Review of Australian Studies


Chapter One: Birds of Passage: The Gift of Authorship


Chapter Four: Centres of Absence in After China


Chapter Eight: Unpacking Castro’s Library, or Detours and Return in The Garden Book