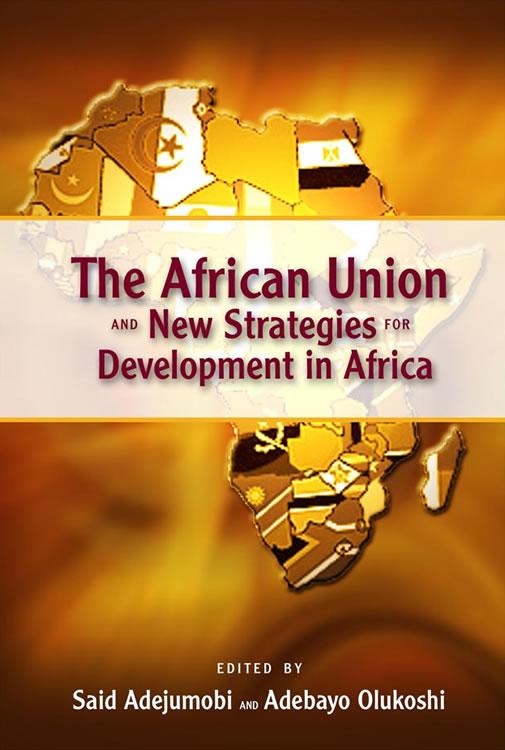 This study assembles the voices of some of the most seasoned African and Africanist scholars, and is a landmark contribution in a systematic attempt to comprehend Africa’s regional development strategy led by the African Union.

The early twenty-first century witnessed remarkable attempts by Africa’s political leadership to promote regional integration as a means of fast-tracking economic progress, facilitating peace and security, consolidating democratic gains, and promoting the general welfare of the African people. The transition of the Organization of Unity (OAU) to the African Union (AU), as well as the foisting of a new economic blueprint for the continent-the New Partnership for Africa’s Development (NEPAD), combined with the growing role of the regional economic communities (RECs) in harmonizing and creating subregional norms and standards in the political and economic arena suggests a new trend towards regionalism in Africa. Indeed, in the new regional integration architecture, the RECs are considered to be the building blocks of the integration process led by the African Union. This new impetus of a regional development strategy was largely prompted by the slow pace of economic progress on the continent, the increasing marginalization of Africa in the global economy, and the need to create regional resources and standards that would benefit the continent in all spheres of social life. A painful realization became obvious that small micro-states in Africa sticking to their political independence and sovereignty would hardly make much progress in an increasingly globalised world. A macro-states’ approach of regional integration has assumed Africa’s new strategy to intervene in and integrate with a globalizing world.

The current regional trend in Africa has received very little scholarly attention especially in a systematic and comprehensive way. This is due partly to the fact that the processes are currently unfolding and there is still uncertainty in the outcomes. Poor documentation and the dearth of primary materials (especially from the regional institutions) also contribute to the lack of scholarly work in this area. This study assembles the voices of some of the most seasoned African and Africanist scholars who have constantly, in one way or another, interacted with the integration process in Africa and kept abreast of the developments therein, and seeks to capture those developments in a nuanced manner in the economic, political and social spheres. The essence of this book is to analyze those processes––teasing out the issues, problems, challenges and major policy recommendations, with tentative conclusions on Africa’s regional development trajectory. The book therefore fills major knowledge and policy gaps in Africa’s regional development agenda.

This book is a landmark contribution in a systematic attempt to comprehend Africa’s regional development strategy led by the African Union. It examines the background, nuances, and dimensions of the process, which include the basis and historiography of pan-Africanism, the transition of the OAU to the AU, the issue of popular participation in development, the NEPAD and APRM initiatives, the evolving regional peace and security architecture, and the efforts of regional institutions to facilitate democracy, human rights, rule of law and good governance on the continent. The book underscores the fact that formidable obstacles and challenges abound in the trajectory, politics, and processes of this regional development paradigm, especially as Africa navigates an uncertain future in a deeply divided and unequal yet globalised World.

The book constitutes a major reference material and compendium for a wide range of readers––students and scholars of African affairs and African development, policy makers both in Africa and the western countries, regional and international institutions and organizations, and all those interested in the past, present and future of Africa’s development process.

Said Adejumobi, PhD, is associate professor of political science. Dr. Adejumobi taught at the Lagos State University in Lagos, Nigeria for about two decades, and was formerly governance adviser of the ECOWAS Commission in Abuja, Nigeria. Dr. Adejumobi is currently chief of the Public Administration Section and coordinator of the Africa Governance Report (AGR) for the United Nations Economic Commission for Africa (UNECA) in Addis Ababa, Ethiopia.

Adebayo Olukoshi, PhD, is professor and executive secretary for the Council for the Development of Social Science Research in Africa (CODESRIA) in Dakar, Senegal and the former director of research for the Nigerian Institute of International Affairs in Lagos, Nigeria.


Chapter 3: From the OAU to the AU: The Experience, Promise, and Expectations (Susan Waiyego Nwangi)


Chapter 12: The NEPAD Initiative and the Challenges of Agricultural Development and Food Security in Africa (Ntsangsi Memfih)


Chapter 16: Prospects for Peace in Darfur: A Challenge to the African Union (Alex De Waal)