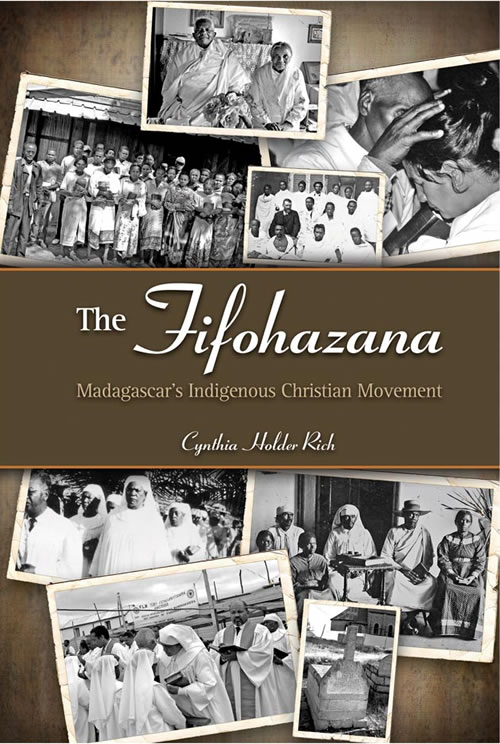 The Fifohazana is one of the most intriguing current instances of indigenous Christianity in the world. This volume provides the reader with a very clear understanding of what the Fifohazanamovement is all about historically, theologically, in terms of the main characters involved, its tremendous contributions to what a Christian healing ministry might ideally be, and as it relates to the larger world of church and society. The book is strengthened by the contributions of a diverse international group of scholars and participants in the movement.

In 1894 Jesus appeared in a dream to Rainisoalambo during a period of intense national crisis shortly before the French colonial invasion of Madagascar. An educated member of the southern highlands aristocracy, Rainisoalambo was also a traditional medicine man who had fallen into grave difficulty. Being stricken with a case of then-rampant leprosy, his business had vanished and he and his family were starving.

In this vision, Jesus told Rainisoalambo to put away his sampy, the small idols and charms he used for his traditional divining and healing. When he awoke, he found that he was healed. He quickly got rid of his charms and began a new life of fervent prayer, witnessing to his neighbors about what had happened, and reading the gospels with new eyes, as current reality rather than ancient reports of the far-away dealings of the white man’s god.

A group of believers soon gathered around him. Within a year of intense activity they had formally organized themselves at Soatanàna into what we would now call a base community, the Disciples of the Lord. Their simple rules called them to lives of economic sharing and self-sufficiency, cleanliness and orderliness in their persons, houses, and lands, learning to read the Bible, daily communal prayers and study, and sending out apostles and evangelists to establish other such households and communities.

This was the beginning of what is now called the Fifohazana, or Awakening. More than a century later the movement comprises several tobys, or base communities, following the appearance of several more prophets, female and male, and their miracle-working. The members of the movement, or mpiandry, live throughout the island, some in the tobys but most in the cities and villages as members of a variety of churches. The Fifohazana continues to stress spiritual healings, exorcisms, personal service to the poor and sick, cleanliness, prayer, Bible study, and witnessing.

This volume provides the reader with a very clear understanding of what the Fifohazana movement is all about historically, theologically, in terms of the main characters involved, its tremendous contributions to what a Christian healing ministry might ideally be, and as it relates to the larger world of church and society. The book is strengthened by the contributions of a diverse international group of scholars and participants in the movement. This has fostered the creation of an authentic piece of research, which combines the actual voices of participants within the movement itself along with the perspectives of scholars, who analyze the movement from the external periphery.

This is the first book-length treatment of the Fifohazana in English. Editor Cynthia Holder Rich has gathered contributions from authors from five countries, including several members of the movement, to offer several perspectives onto the history and current life of the movement. Articles include analysis of major movement leaders, the place of healing in the movement, history of the conflict between the missions and the movement, the significance of oral expression in proclamation and as a means of revival, the role of women as leaders in the movement, and theological issues.

The Fifohazana is one of the most intriguing current instances of indigenous Christianity in the world. While the movement has greatly evolved and changed in over a century, Jesus continues to appear and raise up new leaders. Various branches of the movement have developed a variety of institutions, but the movement has not lost its power of transformation and change.

Dr. Cynthia Holder Rich is associate professor of Continuing Theological Education and director of the Certificate in Urban Pastoral Ministry program at the Western Theological Seminary.

Kjetil Aano serves as general secretary of the Norwegian Mission Society and assistant professor, School of Mission and Theology, Stavanger, Norway. Previously, he served in mission in Madagascar from 1979-1988, in ministries of evangelism and theological education, and has published many articles on the Fifohazana.

Hans Austnaberg holds a PhD from the School of Mission and Theology, Stavanger, Norway, where he now serves as associate professor of practical theology. Previously, he served in ministries of evangelism and theological education from 1983 to1994 for the NMS in Madagascar.

Leoni Bouwer works currently with the Malagasy Lutheran Church on a translation project called the Fiaraha-miasa Lioka, which is an initiative of Wycliffe Bible Translators through The Seed Company. She is an international consultant in language assessment for the Summer Institute of Linguistics, and a post-doctoral research fellow at the University of South Africa (UNISA), Pretoria. She received her PhD from UNISA in sociolinguistics.

Kevin A. Ogilvie serves as the president of Lutheran Theological Seminary, Saskatoon, Saskatchewan, Canada. He is an ordained Minister of Word and Sacrament in the ELCA and previously served as an ELCA missionary in Madagacar (1991–2005). He is a PhD candidate in the School of Religion and Theology at the University of KwaZulu Natal, Pietermaritzburg, South Africa.

Rafanomezantsoa Roger is an ordained pastor in the Church of Jesus Christ in Madagascar. He is a doctoral candidate at the Faculté Libre de Théoligique Evangélique, Vaux sur Seine, France, and currently serves as pastor of the FPMA-FIHOBIANA PARIS (Malagasy Protestant Church Overseas). He was consecrated a mpiandry in 1986 at Tobilehibe Ankaramalaza.

Rakotojoelinandrasana Daniel is a medical doctor, an ordained Lutheran pastor, and a consecrated mpiandry (shepherd) in the Fifohazana movement. Holding both an MD and a DMin degree, he currently serves on the staff of Vision of Glory Lutheran Church in Plymouth, MN, in healing and addiction ministries.

Mark H. Rich is pastor of Peace Lutheran Church in Holland, MI. He served as a missionary for the ELCA from 1998 to 2003 in Madagascar, in theological education. He holds a PhD in theology and ethics from Northwestern University.


Chapter 1: The Contribution of Rainisoalambo to the Indigenization of the Protestant Churches in Madagascar by Rafanomezantsoa Roger

The Indigenization Brought About by Rainisoalambo

Rainisoalambo: His Life and Times

Lay Leadership Calling and Development: The Role of the Mpiandry

The Ministry of the Shepherds

Development of Other Tobys


Chapter 3: The Missions and the Fifohazana: Cultural Clashes and the Question of Power by Kjetil Anno

One September Morning in 1954

The Norwegian Missionaries: Who Were They?

Soatanàna, 1894: A Long-Awaited Stirring of the Spirit?

The Missionary Community Discusses the Movement

The 1903 Inspection and the Malagasy Free Synod

The Giants and the Missionaries

Authority and the Fifohazana as Initiatives From Below

The Fifohazana as Actively Making Choices

Clash of Culture and Ethos


Chapter 4: Holistic and Integrated Care for Spirit, Mind, and Body as Practiced by the Fifohazana by Rakotojoelinandrasana Daniel

Holistic Nature of the Fifohazana: Historical and Sociocultural Factors

Animism, a Fertile Soil for the Fifohazanaand Its Holistic Development

Historical Roots of the Fifohazana

The Fifohazana and Modern Medicine

Holistic and Integrated Care in a Fifohazana Toby

The Toby: A Holistic Community of Healing and Wellness

Holistic Understanding of Diseases and Illnesses

Critique of the Holistic and Integrated Care of the Fifohazana

The Critique of the Acceptance of Demons and Spirits

Values of the Fifohazana as a Holistic and Integrated Model

Rediscovering the Holistic Dimension of Salvation

Impact of the Fifohazana’s Holistic and Integrated Model


Chapter 5: “Work and Strengthening”: Who Do Shepherds Treat With Expulsion of Demons and Prayer? by Hans Austnaberg

People Treated With Expulsion of Demons and Prayer

The Public Speech of Women

Women in Precolonial and Colonial Madagascar


Chapter 7: The Conquest by the Spoken Word by Kevin A. Ogilvie


Chapter 8: Reflections on the Relationship Between Language and Revival in Madagascar by Leoni Bouwer


Chapter 9: The Doctrine of Revelation and the Fifohazana by Mark H. Rich

Appearances and Sayings of Jesus

The Words and Deeds of the Leaders of this New Community

The Written Proclamation and History of the Movement

The Resurrection and the New Creation

Discussion: Revelation in the Fifohazana

Serial, Rather Than Progressive, Growth

Political Dimensions of the Movement

Looking Toward the Future