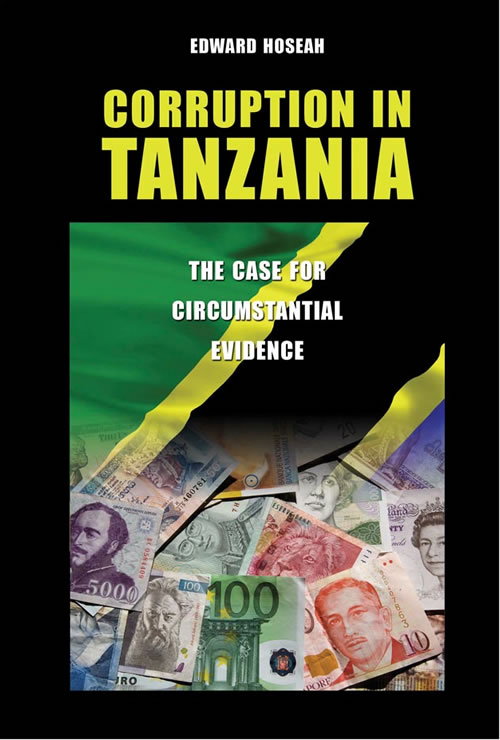 Corruption in Tanzania: The Case for Circumstantial Evidence by Edward Hoseah

This book provides a strong case for circumstantial evidence approaches to improve the effectiveness and contribution of the legal system in the fight against corruption.

The book provides a strong case for circumstantial evidence approaches to improve the effectiveness and contribution of the legal system in the fight against corruption.

Edward Hoseah is the director general of the Prevention and Combating of Corruption Bureau in Tanzania. Dr. Hoseah is also the president of the Eastern Africa Anti-Corruption Authorities. He serves on the executive committee of the International Anti-Corruption Authorities and is also a board member of the International Society for the Reform of Criminal Law. He is a member of UN Group of Experts on the UNCAC and an Advocate of the Tanzania Bar. Dr. Hoseah holds a PhD from the University of Dar es Salaam, Tanzania; an LLM from Queen's University, Canada; and an LLB From University of Dar es salaam. Dr. Hoseah is the author of several articles in the African Society of International and Comparative Law and Journal of Management (Mzumbe University in Tanzania) and contributed an article in the book New Trends in Criminal Investigation and Evidence. He has also written a book Essays on Combating Corruption in Tanzania and he teaches law on part-time basis at the University of Dar es Salaam, Tanzania.

1.1 Background to the Study

1.4 Background to the Problem

1.5 The Case for Circumstantial Evidence

2.1 The Perspective of Corruption and the Tanzanian Environment

2.3 Political and Economic Environment in Tanzania

2.5 The Legal Framework for Combating Corruption


Chapter 3: Examination of PCCA and Its Application

3.2 Mohamed Rafiq @ Baghad and Seven Others

3.3 The Highlights of the PCCA

3.4 Interpretation of Corruption Offences and the Import of Circumstantial Evidence in the PCCA

3.6 Use of Documents Intended to Mislead the Principal

3.8 Requiring Public Officers to Account for Their Acquired Properties


Chapter 4: Theories and Empirical Research on Reliability of Circumstantial Evidence

4.1 The Case for Circumstantial Evidence

4.5 Authentication of Writings and Circumstantial Evidence

4.6 Weaknesses of the Direct Evidence Paradigm

4.7 The Testimony of an Expert Witness

4.8 The Application of Circumstantial Evidence

5.1 The Law on Entrapment: The Defence

5.5 Practice of Entrapment Law in the U.S. and its Relevance to Tanzania


Chapter 6: The Use of Covert Operations in White-Collar Cases and Its Rationale: An Investigative Perspective