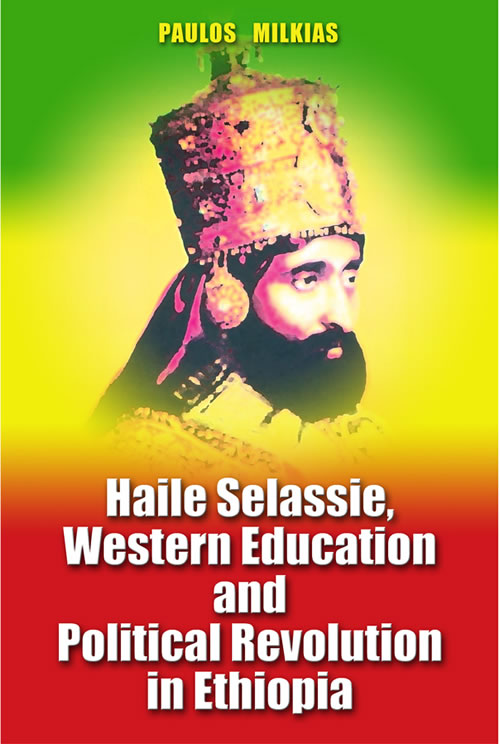 “Lucid, erudite and ground-breaking in its new insights and fresh perspectives, this is the finest book on Ethiopia that I have seen in a decade. As such, it commends itself as a must read, alike to students of Ethiopian politics and policy makers concerned with the welfare of the peoples of the region. As well, it is likely to generate great demand, given the hundreds of thousands of Ethiopian professors and professionals awaiting its publication.” – Said S. Samatar, Professor of African History, Rutgers University and Editor-in-Chief, Horn of Africa Journal

This is a book on Ethiopia by an Ethiopian scholar. It is an inside look, a probing mirror-image analysis by one of the members of the Ethiopian intelligentsia of the postwar years and about their role in the revolutionary upheavals during the past decades.

Most of the data quoted in this book are based on documents of Ethiopian, British, United States', World Bank, and United Nations' origin. Large parts of these documents were kept on a top secret list for a long time, and others are still restricted. Some crucial points are elucidated by questionnaires gathered from former high-level consultants of the Haile Selassie regime and more than 50 Western expatriates, the author's reminiscences of personal audiences with Emperor Haile Selassie, as well as interviews of some key political personalities. These include an anonymous former member of the Derg (the unusually secretive military committee that presided over the dethronement of Emperor Haile Selassie) and the main leaders of the two most important political parties—the All Ethiopian Socialist Movement (MEISON) and the Ethiopian People's Revolutionary Party (EPRP)—both of which emerged during the final years of the feudal regime.

This valuable resource which furnishes a rare insider's look will be a welcome addition to collections in African Studies and Political Science.

“Dr. Paulos Milkias, an Ethiopian scholar of repute...gives us the first detailed analysis by an Ethiopian of the momentous events which have created today’s Ethiopia.” – Dr. Richard Pankhurst, O.B.E., Professor and Founding Director of Institute of Ethiopian Studies

“Paulos’s cogently and lavishly argued emphasis on the radicalizing impact of anti-Americanism is definitely the best moment of the book, which is also sprinkled with riveting narratives about the educational system and the student movement..." – Dr. Messay Kebede, Professor of Philosophy, University of Dayton, in International Journal of Ethiopian Studies

“Lucid, erudite and ground-breaking in its new insights and fresh perspectives, this is the finest book on Ethiopia that I have seen in a decade. As such, it commends itself as a must read, alike to students of Ethiopian politics and policy makers concerned with the welfare of the peoples of the region. As well, it is likely to generate great demand, given the hundreds of thousands of Ethiopian professors and professionals awaiting its publication.” – Said S. Samatar, Professor of African History, Rutgers University and Editor-in-Chief, Horn of Africa Journal

“It is one of the best works I have read on the subject so far...The work is very rich. It is a remarkably comprehensive social-scientific study on the role of education in the political developments of Ethiopia in the second half of the 20th century.” – apl. Prof. Dr. Tesfatsion Medhanie, Faculty of Law and Department of Political Science, University of Bremen, Germany

"...a gripping narrative that describes the paradox produced by a liberal education dependent upon an authoritarian system that leads to a rejection of the very ideology that made possible such education. This book is must reading.” – Dr. Theodore M. Vestal, Professor of Political Science, Oklahoma State University

"...adds a great deal of important information about this tumultuous period from the perspective of the education sector about which too little has been written. While others have written about the role of students and teachers in Ethiopia at this time, Milkias's book adds much useful information and important insights that complement these other works. A particularly important insight of the book is that educational reform on the eve of the emperor's overthrow coincided with shrunken funding for education, thereby increasing the number of educated Ethiopians beyond what the emperor's government could continue to effective co-opt, as it had done so effectively earlier..." - John W. Harbeson, PhD, City University of New York, in International Journal of African Historical Studies, 2007.

“An extremely interesting volume, one that should make a contribution to a growing literature on postrevolutionary (and post-"liberation") politics as well as the challenges of maintaining political stability while reforming an economy. Ethiopia's revolution was simultaneously unique and typical, and scholars of revolutions will find much to reflect upon in this volume.” – Canadian Journal of Political Science

“The book is an outstanding resource for students of history, political science, sociology, public administration, and education. Milkias has produced a well-documented account of the confluence of power, politics, and education in Ethiopia's recent past.” –Journal of Oromo Studies

Paulos Milkias, a former Canada Council Doctoral Fellow, is Professor of Humanities and Political Science at Marianopolis College/Concordia University in Montreal Canada. He earned his Ph.D. and M.A. from McGill University, Montreal, Canada, and his B.A. from Haile Selassie University in Addis Ababa, Ethiopia. Dr. Milkias' major publications include The ABC of Ethiopian Christianity (University Press of America, 2006), The Battle of Adwa: the Historic Victory of Ethiopian over European Colonialism (Algora Publishing, 2005), and Ethiopia: A Comprehensive Bibliography (G.K. Hall/Macmillan, 1989). He has also published numerous articles in prestigious scholarly journals, including Studies in Comparative International Development, African Studies Review and Journal of African Studies. He is also an Associate Editor of Nelson’s New Christian Dictionary (Thomas Nelson, 2001) and a Contributor to Encyclopaedia Aethiopica (University of Hamburg 2006) and World Education Encyclopedia (Facts on File Publications, 1988). He is currently Co-Editor of North-East-African Studies (Michigan State University) and Associate Editor of Horn of Africa Journal (Rutgers University), International Journal of Ethiopian Studies (Hollywood Cal.) and International Journal of Ethiopian Development Studies (Western Michigan University).

Chapter 2 Pattern of the Insurrection and Modernity

Chapter 8 Failure of a "Panacea"

Chapter 10 Showdown by the Teacher

Chapter 11 Chaos in the Imperial Palace

Postscript: Rise of the T.P.L.F. and Eritrea’s Independence

Does Revolution eat its own Children?