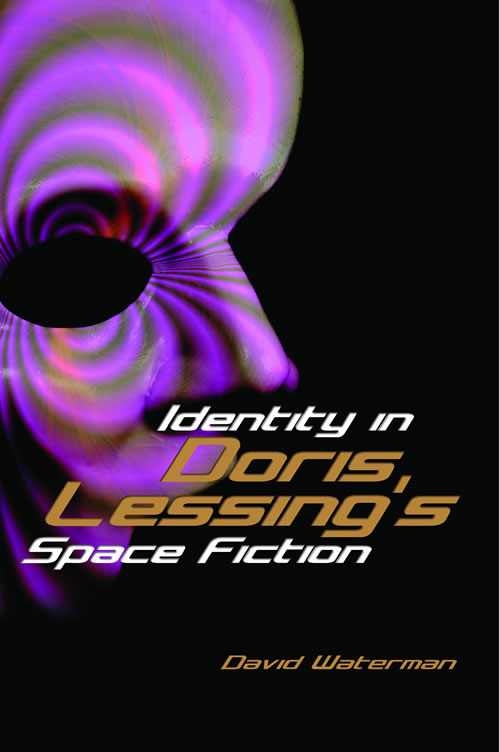 In this study of identity in Doris Lessing’s space fiction, David Waterman devotes a chapter to each of the five novels in the Canopus in Argos: Archives series, as well as Briefing for a Descent into Hell, Memoirs of a Survivor and finally The Reason for It.

His major argument is that Lessing’s space fiction identifies the universal problem – society’s division into competitive and predatory groups – and places it outside the bounds of time and space, encouraging a social critique which takes into account our inherited blindness, our “degenerative disease” which must be addressed before genuine progress can be made.

Especially important is the idea that people are defined and formed by their place within these groups, which provide, after all, the material anchors which ground everyday reality and identity. Lessing insists, however, that human beings must abandon such herd-mentality and seek a collective identity freed from such limitations, and Waterman links current social theory to Lessing’s novels of “universal identity,” thus encouraging the reader to consider alternative ways in which identity could be established.

Identity in Doris Lessing's Space Fiction is an important addition to understanding the works of this prolific author.

“Lessing’s examination of the relationship between individual identity and group identity produces a productive tension that accounts for so much of interest in her work over many years. Nowhere is that tension more obvious or more interesting than in the “space fiction” that David Waterman so ably explores. Waterman writes convincingly of Lessing’s desire “to cut through the performance, the received ideas, the habits and customs of our daily lives.” Drawing on a wide range of sources, he provides an interdisciplinary reading of the “space fiction” and maps Lessing’s brave exploration of the hierarchical landscapes that so often imprison us. Waterman offers a timely reading of Lessing for contemporary readers living in the landscape of globalization. – Professor Margaret Moan Rowe, Purdue University


Androgynous Identity in a Fragmented Society: Briefing for a Descent into Hell


Helpless Ignorance, Helpless Awareness?: Social Identit(ies) in The Memoirs of a Survivor


The Space of Belonging: Alienation in The Marriages between Zones Three, Four and Five


Who Am I When the Other Disappears?: Identity and Progress in The Sirian Experiments


Who we Become when Disaster Strikes : The Making of the Representative for Planet


Group Allegiance and Coerced Identity: The Sentimental Agents in the Volyen Empire


Conclusion, and The Reason for It