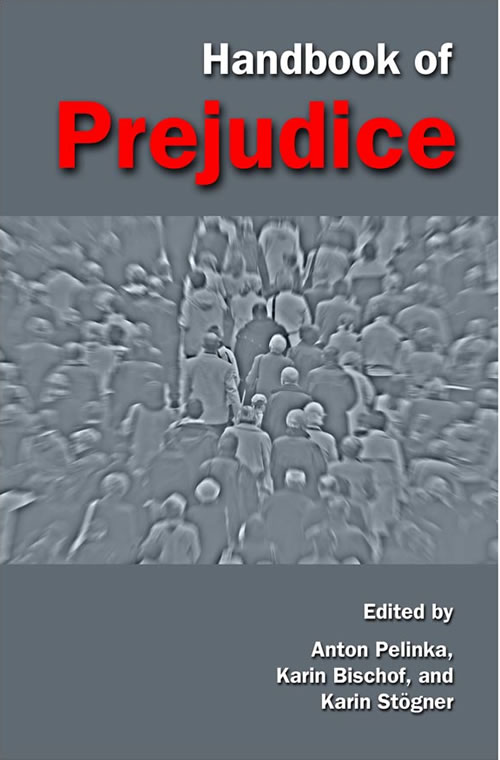 This book contains twelve carefully researched and well-written essays on the timely topic of the problem of prejudice. The contributors were chosen for their scholarly expertise in their particular fields. Taken together they provide an interdisciplinary approach, each casting light from a different angle on the problem of prejudice. This book will be an essential addition for all collections in sociology, sexism, heterosexism, disability studies, geriatrics studies, religious studies, history, art history, psychology, bioscience, law, and contemporary language behavior.

The scientific investigation of prejudices dates back to the beginning of the 20th century. In 1904 William Graham Sumner published a book with the title Folkways, in which he introduced the term ethnocentrism. In 1924 Walter Lippmann coined the term stereotype in a book on public opinion. A consistent discourse on prejudice, however, started only after World War II. It was inspired by scholars who had immediate experience of what they were researching either before their eyes or in their bones; for example, Gordon W. Allport wrote in the midst of a racially segregated society in the mid-fifties in the United States of America and Henri Tajfel was a survivor of the Holocaust who preserved an acute sensibility for strategies of exclusion and acts of discrimination. The topic of prejudices that was elaborated in scientific discourses throughout the 20th century has not lost anything of its urgent topicality in the 21st century. While there is growing awareness that many former boundaries of race or gender have become more permeable or have even vanished, it is also the case that other boundaries like those of nations or religions are being reinforced and rebuilt.

The main task of academic research on prejudice is to find the reasons for the ongoing but ever-changing existence of prejudices and to look for the structures and functions of prejudices. To get an understanding of prejudices, many questions need to be asked, without the hope of getting one single answer but instead the realistic hope of getting more and more answers. The idea of a handbook on prejudice was not prompted by the quest for the one and only answer. There is no one answer, but rather an array of sometimes contradicting answers.

The handbook is not so much about answers but rather about looking behind seemingly convincing answers, as well as moving toward eliminating certain interpretations of prejudices which are themselves based on prejudiced bias. The handbook is based on the understanding that only an interdisciplinary approach can provide the necessary in-depth reflection on the “state of the art”. There is no discipline able to claim that its specific approach ought to be superimposed on all other disciplines. The resulting discourse has to be comprehensible in all the realms of the different academic milieus.

This book, which emerged from conversation at the Institute of Conflict Research in Vienna, contains twelve carefully researched and well-written essays on the timely topic of the problem of prejudice. The contributors were chosen for their scholarly expertise in their particular fields. Taken together they provide an interdisciplinary approach, each casting light from a different angle on the problem of prejudice. The book is divided into two parts. Part one explores six particular manifestations of prejudice: anti-semitism; sexism and heterosexism; prejudice against the sick, old, and handicapped; religious prejudice; racism; and social class prejudice. Part Two further illuminates these prejudices by focusing upon them through six theoretical lenses: history and art history; social functionalism; social psychology; bioscience; law; and contemporary language behavior. The final thirteenth chapter summarizes the book’s findings. This book has been introduced by essays setting this work in context and carefully defining the meaning of the word “prejudice.”

This handbook presents a valuable set of insights, explanations, and theories, which can be used to develop a set of “best practices”. Academic by nature, this handbook will enable those who are interested in an educational agenda to find the necessary analytical tools.

"Not only are all contributions learned, but they are elegantly written, meticulously researched, and persuasively argued. Indeed, a careful reading between the lines will offer some realistic hope for a future in which the ills of prejudice might be contained, perhaps even reduced, though—alas—never eliminated.”—Andrei S. Markovits,Karl W. Deutsch Collegiate Professor of Comparative Politics and German Studies,Arthur F. Thurnau Professor, University of Michigan, Ann Arbor

Anton Pelinka has taught as full professor at the University of Innsbruck, Austria, from 1975 to 2006.

About Karin Bischof and Karin Stögner

Karin Bischof, and Karin Stögner are researchers at the Institute of Conflict Research in Vienna, Austria.

How to Live With Prejudice? Preface of the Editor (Anton Pelinka)


Introduction to the Handbook on Prejudice (Aleida Assmann)


Science Under the Spelling of Prejudice? The Example of the Biosciences (Dietmar Mieth)


The Overcoming of Prejudice in the Legal Order (Martha Hodasz, Manfred Nowak, and Constanze Pritz)