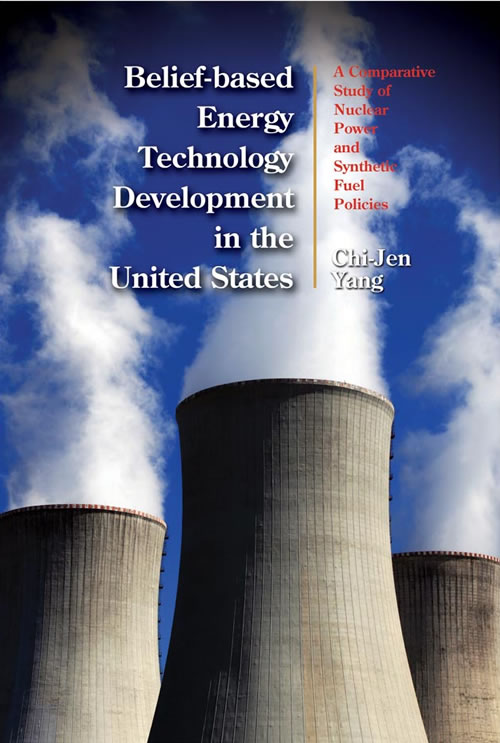 This innovative book is a comparative study of two energy policies that illustrates how and why technical fixes in energy policy failed in the United States. Energy policy communities; historians of the Cold War, American history, and technology; and sociologists would find this book an invaluable resource.

Nuclear power and synthetic fuel are two of the U.S. government’s biggest endeavors on energy technologies in the twentieth century. Americans were told that nuclear power would make electricity too cheap to meter, and the hope was that synthetic fuels would free this country from dependence on foreign oil. However, neither technology has fulfilled its promise. Nevertheless, their stories bear important lessons.

The trajectories of these two energy technologies—nuclear power and synthetic fuels—differed sharply and peculiarly. In the case of nuclear power, steady and strong political endorsement forced rapid development for decades. A civilian nuclear power industry was in place by the 1970s, but the industry became dormant shortly after it was established in the United States. Long after the dormancy of the business, nuclear proponents continue to maintain their faith in the technology and believe nuclear power will eventually make a comeback. In the case of synthetic fuels, the government’s effort observed boom-and-bust cycles. The latest endeavor in the 1980s failed miserably and left the synfuels program with the reputation of being wasteful and, to some, a symbol of government squander.

This book is a comparative study of two energy policies that illustrates how and why technical fixes in energy policy failed in the United States. In the post-WWII era, the U.S. government forcefully and consistently endorsed the development of civilian nuclear power. It adopted policies to establish the competitiveness of civilian nuclear power far beyond what would have occurred under free-market conditions. Even though synthetic fuel was characterized by a similar level of economic potential and technical feasibility, the policy approach toward synthetic fuel was sporadic and indeterminate. The contrast between the unfaltering faith in nuclear power and the indeterminate attitude toward synthetic fuel raises many important questions. The answers to these questions reveal provocative yet compelling insights into the policy-making process.

The author argues that these diverging paths of development can be explained by exploring the dominant government ideology of the time or “ideology of the state” as the sociology literature describes it. The forceful support for nuclear power was a result of a government preoccupied with fighting the Cold War. The U.S. national security planners intentionally idealized and deified nuclear power to serve its Cold War psychological strategy. These psychological maneuverings attached important symbolic meaning to nuclear power. This symbolism, in turn, explains the society-wide enthusiasm. The fabricated myth of the Atomic Age became a self-fulfilling prophecy and ushered in a bandwagon market. On the other hand, a confused, indeterminate, and relatively powerless welfare state stood behind synthetic fuel. The different ideologies of the state explain the government’s different attitudes toward nuclear and synfuel endeavors. The overarching discovery is a mode of “belief-based decision-making” in long-term energy planning. This discovery goes against the prevalent assumption of rational choice in social sciences.

The author argues that rational-choice assumption is inapplicable because of the extreme long-term nature of energy planning. It is not usually possible to predict the sociopolitical and economic conditions in the distant future. Rational decisions require supporting information, which often includes impossible long-term foresights. One cannot rationally choose between one unknown and another unknown. Pivotal decisions in long-term energy planning must inevitably be belief based, and beliefs are subject to political manipulation and distortions by social mechanisms. Understanding these peculiar but pervasive characteristics of energy business bears important lessons for today’s decision making about energy technologies, and the stakes, if anything, are even higher than before.

Energy policy communities; historians of the Cold War, American history, and technology; and sociologists would find this book an invaluable resource.

“This book brings to bear the perspectives of history, sociology, and political science to present novel insights into a key question: Why have societal decisions about energy choices and energy policy sometimes gone awry? Given current interest and need to restructure our energy system to fight global warming, this book couldn't be timelier." – Michael Oppenheimer, Albert G. Milbank Professor of Geosciences and International Affairs, Princeton University

"As nuclear power returns to the energy policy agenda, here is a much-needed book. Chi-Jen Yang provides a deep, original, and much needed historical perspective on its early days, when nuclear power was an instrument of the Cold War far more than the "solution" to any energy problem." – Robert Socolow, co-director of Princeton Environmental Institute

"Chi-Jen Yang has written a superb and timely book about the ways in which corporate culture, value systems, and ideological conviction can influence technological outcomes. The triumph of nuclear technology, he tells us, was not the result of reasoned investigation of facts but the outcome of deeply held convictions about U.S. moral superiority. Yang blends keen observation and thoughtful reflection in this lucidly written book, which will appeal equally to scientists and to the public at large." – Patricia Fernández-Kelly, Department of Sociology, Princeton University

"As spiraling fuel costs and global warming provoke a new look at America’s energy policies, this fascinating and timely study will provide a lot of food for thought. Balanced, thoughtful, and eloquent, this book is required reading for anyone who cares about the past and future of nuclear power, synthetic fuels, and other sources of energy. It demonstrates conclusively that government intervention can and has made a crucial difference in the nation's pursuit of alternative energy sources." – Kenneth Osgood, author of Total Cold War: Eisenhower's Secret Propaganda Battle at Home and Abroad

Chi-Jen Yang is a technology policy analyst at the Center on Global Change at Duke University. He holds a PhD from Princeton University, two MS degrees from the Massachusetts Institute of Technology, as well as an MS and a BS from National Taiwan University. Dr. Yang has also published articles in Climatic Change, Energy Policy, and Physics World.

Chapter 2: The State and Its Ideology