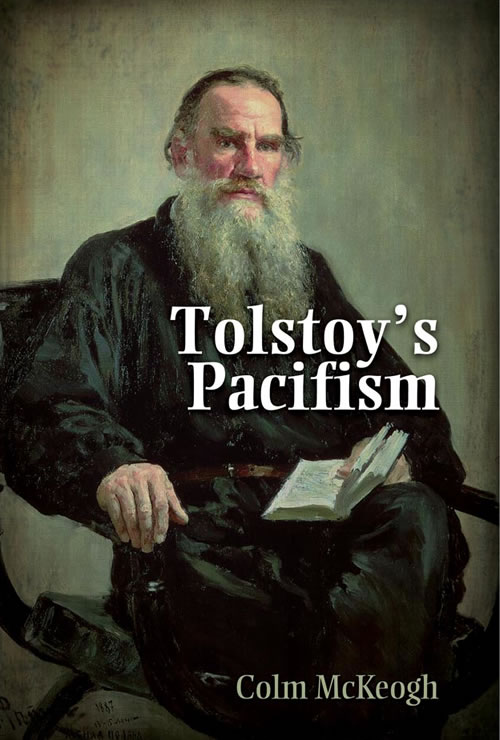 Leo Tolstoy (1828–1910) was the most influential, challenging, and provocative pacifist of his generation. In this first study of Tolstoy’s pacifism, Colm McKeogh unravels the complexities of Tolstoy’s writings on Christianity and political violence. This work serves scholars of political science by bringing together relevant extracts from Tolstoy’s writings and providing a succinct treatment of the core political issues.

Leo Tolstoy (1828–1910) was the most influential, challenging, and provocative pacifist of his generation. The most famous person alive at the dawn of the twentieth century, his international stature came not only from his great novels but from his rejection of violence and the state. Tolstoy was a strict pacifist in the last three decades of his life, and wrote at length on a central issue of politics, namely, the use of violence to maintain order, to promote justice, and to ensure the survival of society, civilization, and the human species. He unreservedly rejected the use of physical force to these or any ends. Tolstoy was a religious pacifist rather than an ethical or political one. His pacifism was rooted not in a moral doctrine or political theory but in his straightforward reading of the teachings of Jesus as recorded in the Gospels.

Despite his fame, Tolstoy’s pacifism remains insufficiently studied. A hundred years after his death, Tolstoy is a figure unfamiliar in political science, encountered, if at all, as the author of hortatory quotations on the wrongness of political violence or of allegiance to the state. This work of political science offers an account of Leo Tolstoy as a Christian thinker on political violence. It presents Tolstoy’s pacifism as a striking case of the impact of religious idealism on political attitudes. The Russian novelist offers an instructive case study in Christian pacifism and in the attractions and failings of strict, literalist, and simplistic religious approaches to the many and complex issues of politics. Today, the political implications of religious fundamentalism, scriptural literalism, and Christian faith are very much live issues and the contemporary discussion of them should not omit pacifism.

In this first study of Tolstoy’s pacifism by a political scientist, Colm McKeogh unravels the complexities of Tolstoy’s writings on Christianity and political violence. This work serves scholars of political science by bringing together relevant extracts from Tolstoy’s writings and providing a succinct treatment of the core political issues. It establishes that Tolstoy’s stance is primarily one of non-violence rather than non-resistance. McKeogh’s work then assesses the internal consistency of Tolstoy’s pacifism, its grounding in the Gospels and Christian tradition, its political and anti-political implications, and the meaning in life that it offers. It finds that Tolstoy does great service to the pacifist cause (with his defense of peace as close to the centre of Christ’s message) and yet harm to it too (by divorcing peace from the love that is even more central to Christ’s message). Tolstoy’s political and religious legacy is not that of a prophet, a social activist, a moral reformer, a political idealist or pacifist theorist but that of a dissident. Tolstoy stands as one of the great dissidents of twentieth-century Russia, a man who condemned the system utterly and who refused to perform any act that could be construed as compromising with it. He left behind a powerful statement of the urgent human need to connect our daily living to a deep and fulfilling conception of the meaning of life.

Colm McKeogh holds a BA and PhD in political science from Trinity College Dublin and an MSc (Econ) in strategic studies from Aberystwyth, Wales. He lectures on just war and pacifism at the University of Waikato, New Zealand. His previous publications include The Political Realism of Reinhold Niebuhr: A Pragmatic Approach to Just War (Macmillan, 1997) and Innocent Civilians: The Morality of Killing in War (Palgrave, 2002).