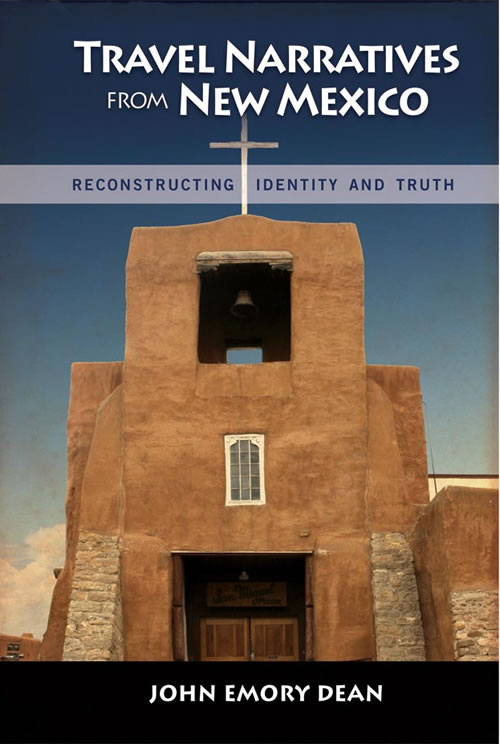 Through a postcolonial lens, this study negotiates travel and encounter narratives that imagine and re-imagine New Mexico during one of its most dynamic shifts in identity: from the mid-19th century (when the United States conquered Mexico and made New Mexico a U.S. territory) to the mid-20th century when the Native American literary renaissance began). Issues of identity (transformed by the New Mexico landscape) and race, religion and culture (through the lens of colonialism) are illuminated and clearly explained .

The colonialist West has spoken for New Mexico since 1540 when Francisco Vasquez de Coronado traveled to Acoma Pueblo in his search for the legendary cities of gold. With the Spanish incursion, followed fifty-six years later by the first English-speaking colonists in New Mexico, began the representation of New Mexico from an outsider’s perspective. The colonial West imagined itself to hold central claims to knowledge, so it knew its peripheries only as it encountered and articulated their presence to itself. This Western narrative, based on an imagined Western privilege to foundational or platonic knowledge, has become the dominant Euro-American discourse through which New Mexico has come to be known.

History is not a stable narrative of the past, but a fluid collection of competing narratives that continues to change and expand as it is revisited. Through a postcolonial lens, this study negotiates travel and encounter narratives that imagine and re-imagine New Mexico during one of its most dynamic shifts in identity: from the mid-nineteenth century (when the United States conquered Mexico and made New Mexico a U.S. territory) to the mid-twentieth century (when the Native American literary renaissance began). Issues of identity (transformed by the New Mexico landscape) and race, religion and culture (through the lens of colonialism) are vitally apparent in this study and clearly brought to the surface and explained.

The introduction provides an excellent overview of travel literature connected to the age of unprecedented European and (then) U.S. expansionism. The definition and subsequent categorization of travel narratives are very useful to the reader entering this still largely uncharted territory. The author identifies travel in territories undergoing colonization as a challenge to the integrity of the Western construct of the self, which is identified in the broader literature as an important and relevant area of investigation. The book unquestionably makes a contribution to this larger body of work. The book also does an admirable job of mapping New Mexico as a symbolic landscape that shifts meanings over time and through the perceptions of various travelers.

The comparative study of this collection of travel and contact narratives traces the enforcement of––and resistance to––the Western myth of the Euro-American and European as normative, as well as the Hispanic and the native as Other. The author ably introduces the platonic quest as a new unifying thread that links each of these travel narratives to his argument that identity and claims to knowledge may be tested, recovered, or created in movement within New Mexico. The platonic journey has mostly been understood as an intellectual journey toward truth. This study expands upon the platonic journey to show that it may also, like the quest, be played out in geographical space.

Travel Narratives from New Mexico will be a very valuable resource for students and scholars of literature, especially of the American Southwest and travel theory.

"Valuable for its application of postcolonial theory (most notably of Edward Said and Mary Louise Pratt) in triplicate: to a protagonist, to New Mexico, and to the greater American identity. Recommended.” – CHOICE

John Emory Dean is a visiting assistant professor of English at Texas A&M International University. He holds a PhD from Indiana University of Pennsylvania, an MA from Portland State University, and a BA from University of New Mexico.


Chapter 3: Mabel Dodge Luhan’s Edge of Taos Desert: An Escape To Reality: The Return to an Imagined “Time Before” as Cure for the Illness of Western Modernity