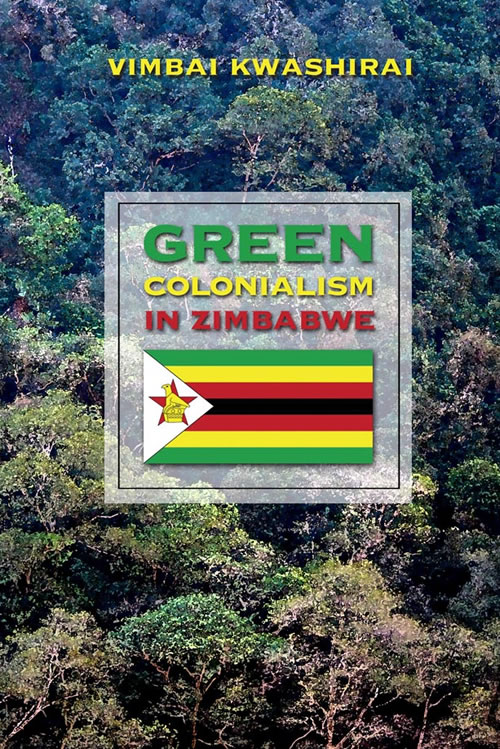 In this first critical work on the topic, author Vimbai Kwashirai focuses on woodland conservation and commercial development in Zimbabwe during the colonial period. This book casts much light on the environmental impact on a part of Africa caused by the push and pull of politics and economics, and will be an important addition to collections in African studies, environmental studies, and political science.

Literature on Zimbabwe’s modern history is influenced by one particular perspective concerning the historical roots of inequitable land distribution choreographed by British colonialism from 1890. This dominant theme is based on the imperatives of redressing a historical injustice where British people alienated prime land from, among others, the indigenous Shona, Ndebele, and Tonga. The key element in this perspective has been the science of land management, particularly the protection of wooded areas, the soil, and wildlife. The discourse of ecological calamity stresses the damaging outcomes from unregulated timber logging, agriculture, mining and hunting, as well as the threats of degradation and the need to control methods of resource exploitation by humans.

This book examines the debates and processes on woodland exploitation in Zimbabwe during the colonial era (1890–1960). It explores the social, economic, and political contexts of perceptions on woodland distribution and management. Much of the period was characterized by both local and global debates about environmental problems, generating in their wake politically charged and emotive language about the consequences––deforestation, soil erosion, and threats to wildlife. This study analyses the history of exploitation and conservation of the Zimbabwean teak (mkusi or Baikiea plurijuga) and its associated species in Northwestern Matabeleland from 1890 to 1960. Timber exploitation was among the top three colonial economic activities in Matabeleland, including ranching and tobacco cultivation. Concessionaire capitalists and forestry officials dominated the exploitation and conservation of the Zambezi teak woodland or gusu, respectively. On one hand, capitalists sought to extract as much commercial hardwood timber as they could while on the other hand, foresters restricted tree felling.

This study shows that there was conflict and accommodation between the two interest groups involved regarding exploitation and conservation. Conflict arose when timber firms such as the Rhodesia Native Timber Concessionaires (RNTC) demanded an increase on the quantity of important trees cut every year while foresters put pressure for minimum exploitation. Reconciling the two stakeholders was difficult, and from time to time they either clashed or accommodated each other through dialogue, persuasion, and compromise. The two dominant players on the scene were the Forestry Service and the RNTC. Such conflict and accommodation also took place between foresters and Africans. Foresters and other government officials blamed African methods of farming and food gathering for causing destruction on gusu. But foresters depended on ultra-cheap African tenant labor in the practice of conservation, which in large part involved firefighting and prevention. A major stumbling block for the Forestry Service in conserving gusu against African and settler demands was the absence of a Forest Act in 60 out of the 70 years of history examined. A Forest Act was enacted in 1949. In these seventy years, 994,000 and 963,000 acres were exploited and conserved for future purposes respectively.

In this first critical work on the topic, author Vimbai Kwashirai focuses on woodland conservation and commercial development in Zimbabwe during the colonial period. Emphasis is placed on the tensions, conflicts, and sometimes the collusions between timber companies and the developing state. This book provides a rich example of Green Imperialism along the lines of Richard Grove, but goes beyond that by giving an economic historical account that situates conservation history within the broader political-economic context. This book is based on broad archival research, and it traces the relationship between conservation and the development of commercial capital from forest enterprises in colonial Zimbabwe. It delivers much insight on the conflicts and tensions of the workings of the British South Africa Company (a capitalist enterprise that was at the same time overseeing the development of a state polity of the then Rhodesia), providing evidence for a strong argument for the development of industrial capital under colonialism. The forestry service was caught in these tensions of supporting and enterprise, but also trying to regulate that green capital and establish the beginnings of protected forests in Zimbabwe.

This book casts much light on the environmental impact on a part of Africa caused by the push and pull of politics and economics. This book will be an important addition to collections in African studies, environmental studies, and political science.

Vimbai Kwashirai is a researcher and lecturer in modern African studies at Durham University in the United Kingdom. He holds an MPhil and a DPhil from Linacre College at Oxford University, as well as a BA (Hons.) and an MA from the University of Zimbabwe. Dr. Kwashirai is on the editorial board for the journal Global Environment, and he has published articles in various journals, such as the Journal of Historical Geography, Conservation and Society, and Global Environment.

Chapter 1: Background: Exploitation and Conservation in African Woodland and Forest