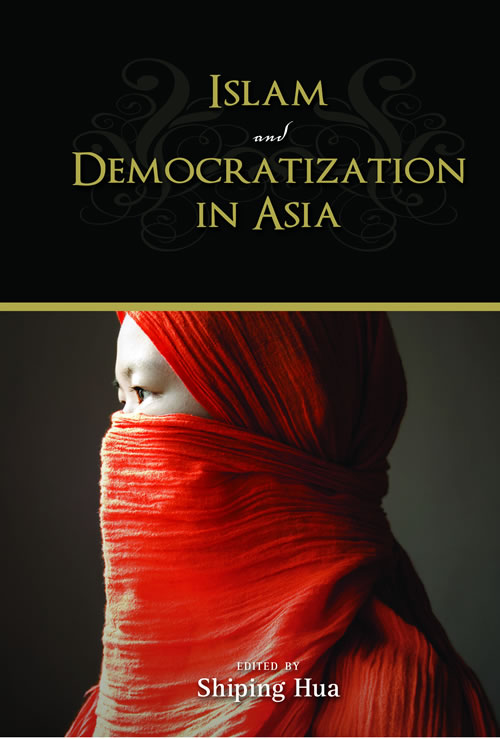 Islam and Democratization in Asia by Shiping Hua

"A good contribution to the literature on Islam and democracy theme. This comprehensive study offers a balanced understanding of the debated issue of democracy and Islam in post 9/11 interreligious, intercultural relations, covering both theoretical and practical aspects of Islam, Muslims, Democracy, and democratization in Asian countries, from India, Pakistan, and Bangladesh, to Afghanistan, China, Central Asia. It will be suitable and useful for scholars, political commentators, students, and teachers of the field alike." – Islam and Muslim Societies

More than a century ago, the French aristocrat Alexis de Tocqueville remarked that Islam was not compatible with democracy and that conflicts between Islamic nations and the West were therefore inevitable. Although this viewpoint is not shared by all, it has some influence among scholars. The 9/11 terrorist attack on the World Trade Center Tower in New York City intensified the debate. With the rapid economic developments in Asia in recent decades, another important topic of debate has increasingly attracted people’s attention: the compatibility of the so-called “Asian values” (ones that value family ties and strong government) with democratic ideals that value individualism and weak government. The debate has become even more intense with the combination of Islamic and Asian values regarding democratization. Asia is home to many Muslims, including Indonesia, the most populous Islam country in the world.

Although most contributors in this collection are affiliated with scholarly institutions in North America and Europe, most of them have their ethnic origins in Asia. Contributors in this collection include not only scholars but also practitioners, such as diplomats. The voices of this diverse group thus represent a variety of viewpoints, spanning from those who believe that Islam is compatible with democracy to those who have doubts about it.

The first three chapters by Muqtedar Khan, Moataz A. Fattah, and Laure Paquette discuss the theoretical issues of Islam in the context of Asian cultures. Issues addressed include the relationship between Islamic governance and democracy, the Muslim political culture, and the underdog strategy adopted by some Islamic countries in Asia. These theoretical studies are followed by three chapters by Touqir Hussain, Tariq Karim, and Omar Khalidi, who comment on South Asia. They discuss topics that include the relations between Islam and democracy in the context of Pakistan, the aspiring pluralist democracy and expanding political Islam in Bangladesh, and the Muslim experience of Indian democracy.

This is then followed by a section on Southeast Asia where Felix Heiduk discusses the role of political Islam in post-Suharto Indonesia in one chapter and Naveed S. Sheikh comments on the ambiguities of Islamic(ate) politics in Malaysia in another chapter.

The last two chapters are on Central Asia. Brian Glyn Williams provides unprecedented insight about the Taliban and Al Qaeda suicide bombers with an account of his field trip to Afghanistan, and Morris Rossabi discusses Muslim and democracy in the context of China and Central Asia.

This volume, comprising the perspectives of scholars and practitioners, will be invaluable to those in political science, sociology, and religious studies.

"A good contribution to the literature on Islam and democracy theme. This comprehensive study offers a balanced understanding of the debated issue of democracy and Islam in post 9/11 interreligious, intercultural relations, covering both theoretical and practical aspects of Islam, Muslims, Democracy, and democratization in Asian countries, from India, Pakistan, and Bangladesh, to Afghanistan, China, Central Asia. It will be suitable and useful for scholars, political commentators, students, and teachers of the field alike." – Islam and Muslim Societies

Shiping Hua is the Calvin and Helen Lang Distinguished Chair in Asian Studies, the director of the Asian Studies Program, and a professor of political science at the University of Louisville. He has published eight books in English, including Scientism and Humanism: Two Cultures in Post-Mao China (1978–1989) (SUNY Press 1995) and Chinese Utopianism: A Comparative Study of Reformist Thought in Japan, Russia and China (1898–1997) (Stanford University Press-Wilson Center Press, 2009). He has also published two books in Chinese. His articles and presentations have appeared in popular media, such as the Wilson Quarterly, The New York Times, and The Voice of America. Dr. Hua is the general editor of two book series; the first is Asia in the New Millennium with University Press of Kentucky (published annually in English) and the second is Contemporary World’s Classics: Political Science Series (translations) with Renmin University Press (published annually in Chinese). He is a guest professor at China’s Peking University, Renmin University, and Nankai University. He was formerly president of the Association of Chinese Political Studies (2004–2006) and Council Chairman of United Societies of China Studies (2006-2009); both organizations are based in the United States. Dr. Hua was also an Asian Policy Studies Fellow at Woodrow Wilson Center for International Scholars-George Washington University during the 2004–2005 academic year.

Chapter 2: Islam and Democracy: An Examination of Muslims’ Political Culture (Moataz A. Fattah)

Chapter 3: Islam and Democracy in Asia: What Can We Learn from Underdog Strategy? (Laure Paquette)