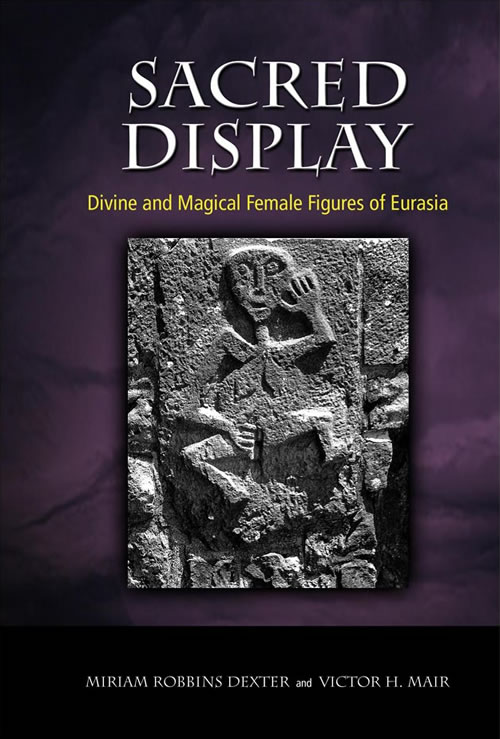 Winner of Sarasvati Award for the Best Nonfiction Book in Women and Mythology! "This book illustrates well the powerful synergies that are so often generated within world history scholarship by collaboration between specialists in different regions and different scholarly disciplines ... learned a lot from this book’s extensive catalogue." – Journal of World History

Winner of Sarasvati Award for the Best Nonfiction Book in Women and Mythology!

This book discusses erotic and magical goddesses and heroines in several ancient cultures, from the Near East and Asia, and throughout ancient Europe; in prehistoric and early historic iconography, their magical qualities are often indicated by a magical dance or stance. It is a look at female display figures both cross-culturally and cross-temporally, through texts and iconography, beginning with figures depicted in very early Neolithic Anatolia, early and middle Neolithic southeast Europe––Bulgaria, Romania, and Serbia––continuing through the late Neolithic in East Asia, and into early historic Greece, India, and Ireland, and elsewhere across the world. These very similar female figures were depicted in Anatolia, Europe, Southern Asia, and East Asia, in a broad chronological sweep, beginning with the pre-pottery Neolithic, ca. 9000 BCE, and existing from the beginning of the second millennium of this era up to the present era.

Parallels to these terrifying, yet empowering, figures in Anatolia, Europe, the Middle East, and South Asia are enigmatic Central Asian and East Asian representations of women exposing themselves, some of which go back to as early as the third millennium BCE. One particularly curious aspect of the motif of female sexual exposure is that it can occur both in East Asia and Europe in the context of war, either to frighten the enemy or to embolden one's own troops.

This book demonstrates the extraordinary similarities, in a broad geographic range, of depictions and descriptions of magical female figures who give fertility and strength to the peoples of their cultures by means of their magical erotic powers. This book uniquely contains translations of texts which describe these ancient female figures, from a multitude of Indo-European, Near Eastern, and East Asian works, a feat only possible given the authors' formidable combined linguistic expertise in over thirty languages. The book contains many photographs of these geographically different, but functionally and artistically similar, female figures. Many current books (academic and otherwise) explore some of the female figures the authors discuss in their book, but such a wide-ranging cross-cultural and cross-temporal view of this genre of female figures has never been undertaken until now.

The “sexual” display of these female figures reflects the huge numinosity of the prehistoric divine feminine, and of her magical genitalia. The functions of fertility and apotropaia, which count among the functions of the early historic display and dancing figures, grow out of this numinosity and reflect the belief in and honoring of the powers of the ancient divine feminine.

Winner of Sarasvati Award for the Best Nonfiction Book in Women and Mythology!

"[This] work illustrates well the powerful synergies that are so often generated within world history scholarship by collaboration between specialists in different regions and different scholarly disciplines ... The range of figures and myths surveyed is very broad ... Anasyrma, or the ritual display of genitalia, can be interpreted as a rite of fertility and a reminder of the return of life, but the authors also offer many examples of its use to instil a sense of both shock and fear ... learned a lot from this book’s extensive catalogue of such figures ... if such figures were truly global, then they were clearly pointing to very deep archetypes within human culture, myth, and religion. What is important about this book is the extensive evidence it presents for their pervasiveness." – Journal of World History

“In an age when too many authors depend on ‘intuitive wisdom’ or just invent ‘facts’ to support their ideas, here is a welcome book of authentic scholarship … The book includes maps of Eurasia describing where the figures originated, forty-eight illustrations and over three hundred notes that do more than merely cite sources … These are notes worth reading. … Recommended for Goddess studies researchers and laypeople alike.” – SageWoman

Miriam Robbins Dexter holds a PhD in ancient Indo-European languages and linguistics and a BA in classics, both from UCLA. Her doctoral dissertation, Indo-European Female Figures, along with comparative mythology courses she has taught and is still teaching at UCLA, evolved into her book, Whence the Goddesses: A Source Book. She is the author of over twenty scholarly articles and nine encyclopedia articles on ancient female figures, and she has edited and coedited sixteen scholarly volumes; she edited and supplemented Marija Gimbutas’ The Living Goddesses (University of California Press, 1999). She has also taught courses in Latin, Greek, and Sanskrit language and literature.

Chapter 3: Goddesses of the Ancient Near East

Chapter 4: The Power of the Vulva: The Woman Lifts up her Skirt

Chapter 7: Goddesses and Monsters of Ancient Greece and Rome

Chapter 9: A Scandinavian Giantess and the Goddess of Lust

Chapter 10: A Scythian Great Goddess and Fairies of Eastern Europe