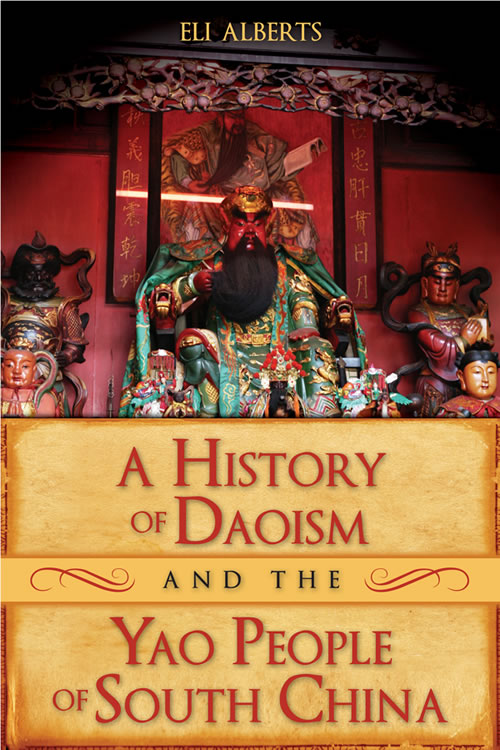 “The book is truly delightful…this is the first book that combines Chinese, Japanese and Western perspectives on the study of Yao identity and religion. The extremely creative interpretation, using a large amount of materials that hitherto have not attracted much attention, makes what might have been a boring topic fascinating and meaningful. This book is indeed an excellent example of the study of ethnic relations.” - Asian Anthropology

The term Yao refers to a non-sinitic speaking, southern “Chinese” people who originated in central China, south of the Yangzi River.

Despite categorization by Chinese and Western scholars of Yao as an ethnic minority with a primitive culture, it is now recognized that not only are certain strains of religious Daoism prominent in Yao ritual traditions, but the Yao culture also shares many elements with pre-modern official and mainstream Chinese culture.

This book is the first to furnish a history—part cultural, part political, and part religious—of contacts between the Chinese state and autochthonous peoples (identified since the 11th century as Yao people) in what is now South China. It vividly details the influence of Daoism on the rich history and culture of the Yao people.

The book also includes an examination of the specific terminology, narratives, and symbols (Daoist/ imperial) that represent and mediate these contacts.

The foreword to this unprecedented study is by distinguished Asian Studies scholar, Professor Barend J. ter Haar of Leiden University.

“The book is truly delightful…this is the first book that combines Chinese, Japanese and Western perspectives on the study of Yao identity and religion. Nice work indeed! The extremely creative interpretation, using a large amount of materials that hitherto have not attracted much attention, makes what might have been a boring topic fascinating and meaningful. This book is indeed an excellent example of the study of ethnic relations.” - Asian Anthropology

"As a pioneering book, the author does a good job of assembling various well-known materials related to Yao groups and situating them in a wider political context familiar to historians of China." - Asian Ethnology

"[This] is an important piece of work on a little studied, but very interesting subject, namely, Taoism among the non-Sinitic peoples of South China and adjoining areas." – Professor Victor Mair, University of Pennsylvania

"This brilliant study by Eli Alberts has now cleared away much of the cloud that has been caused by previous, mostly impressionistic scholarship on the “Dao of the Yao”. – Professor Barend J. ter Haar, Leiden University

Eli Alberts is a reporter, program host, and translator for Radio Taiwan International in Taipei, Taiwan. He conducts independent research on religion, politics, media, and ethnic issues in Taiwan, China, and Southeast Asia. Dr. Alberts has a BA in Comparative Literature from Colorado College, an Advanced Masters from Leiden University in the Netherlands, and a PhD in Chinese Language and Cultures from the University of Pennsylvania.

The Discovery of Yao Daoism

The Context of Strickmann’s Argument

The Significance and Plan of the Present Work

1. Genealogy of a Label: Center and Periphery

The Jade Radical and Allusions to Immortal Realms

The Dog Radical and Associations with Wild Beasts

Radical Questions: What Was the Earliest Form?

The Moyao Connecting Moyao With Yaoren

Yaoren as the Opposite of Moyao

Generic and Specific Applications of the Term Man

Panhu and the Wuling Man

The Peach Blossom Spring and the Five Streams

The Man as Outsiders wairen

The Panhu Myth As the Basis of Man and State Claims


3. The Linjun Myth, the Man Inhabitants of Ba, and the Li Family

The Linjun Myth and the Ba Clan

The Banshun Man and the Pacification of the Qiang Tribes

The Li Family and the Celestial Masters

The surname Li and Dao-ification/Sinification

4. The Emergence and Spread of the Celestial Masters

Definitional Domains of the Term “Daoism”

The Western Han Conception of the Sagely Ruler

The Utopian Vision of the Taipingjing

The Yellow Turbans and the De-Centralization of Imperial Authority


5. Textual Mandate on the Periphery: Script, Image, and Legitimacy In Yao Culture

The Passport for Crossing the Mountains

The Myth of Crossing the Sea

Visual Framing of the Text

Functions of the Passport