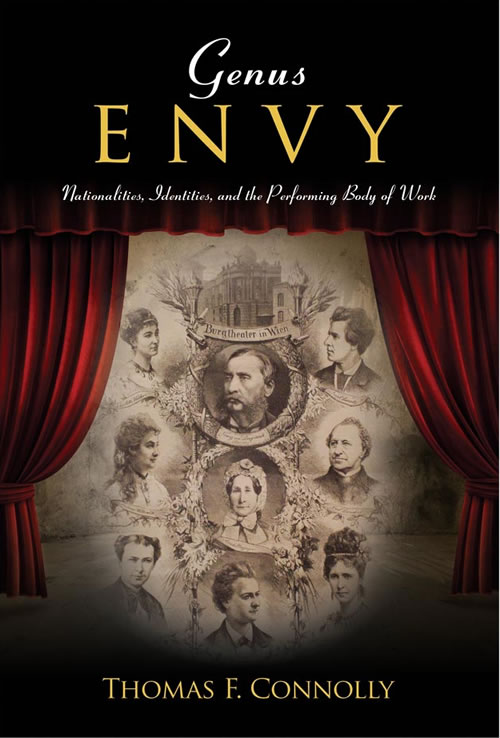 Theatre is crucial in establishing cultural identity. One of the essential features of a nation is its “national” theatre. Audiences flock to see their favorite stars perform; then walk, talk, and dress like them. Outside of the playhouse, how do the trappings of nationalism inform our understanding of theatre? How does theatrical performance on stage and off make the nation possible? Politicians and governments have frequently made use of the theatre. What is more, performers and playwrights take up causes or are taken up by politicians. Lately, they take office. Our media-saturated era has found new ways to deem this inappropriate, even though performance has become pervasive since the late twentieth century. Doubtless, some outraged, if naïve, citizens resent the fact that politics is performance in these great times.

Traditionally, the ephemeral nature of performance has limited its use in historical argument. Late twentieth-century methods of inquiry have broken open the box of performance, and thus enabled the free play of intellectual and cultural history over the subject of performance. Furthermore, the concept of material culture liberates theatre history from antiquarianist quibbles over Edwin’s Booth’s wig or Sarah Bernhardt’s preserved amputated leg. Conversely, as categories of argument have loosened, the ancient urge to somehow rein in the discussion persists. “Genus envy” may occur when intellectual authority recognizes that its hold over cultural inquiry has weakened because the postmodern world insisted that flexibility and fluidity trump consistency and certainty. Genus envy need not stifle discussion, if the performing body of work is taken up. Nevertheless, it must be viewed via the prism of material culture and the idea of performance, both of which are things theatricality and performance accrue.

Despite the significance of performers and the material culture of performance to national culture, there has been far too much pigeon-holing of the topics that inform the cultural study of nation, identity, and performance. Accusations that an argument is “under-historicized“ or “under-theorized” sometimes hinder discourse. Also theatre historians have too often resorted to analogies: Talma is a “Napoleonic” actor, Edwin Forrest a “Jacksonian” one,” the Third Reich is a “Gesamtkunstwerk.” There has also been a reluctance to freely mingle the discussion of plays, performance, drama critics, and the materials of elite and popular culture. American theatre history suffers from isolationism, all too rarely are American performers or playwrights seamlessly discussed in a geocultural context. A curious essentialism afflicts some writers when they take up the sexuality of performers. They insist that it is only possible to understand a given theatre artist in the context of how far he or she has come out of the closet, and that one must decipher the queer coding attendant upon a reading of his or her life performance text. Finally, all too often, the identities of playwrights and performers are considered as singularities.

Spanning across playwrights, performers, critics, and theatrical commemorations, this book raises controversy about familiar figures and brings attention to neglected ones. Thomas F. Connolly opens his book with a provocative essay subtitled “Notional Culture.” The first sentence: “Postmodernism makes others of us all,” introduces Connolly’s confrontational approach to the study of culture. The introduction takes readers from Montaigne's “Cannibals” to Madison Avenue “gangsta” wannabes, while explicating the impulses behind formal classification that have driven intellectual pursuits from the Early Modern Period through postmodernism. The chapter on Eugene O’Neill argues that his colossal status as the “greatest American playwright” has been imposed upon him and reduces his stature as a world playwright. Connolly is the major scholar of American drama critics and the essay on John Mason Brown has been called “a fascinating and important piece” by leading theatre historian David Savran. Other chapters on major European performers: Noël Coward, Micheál Mac Liammóir, Alexander Moissi and Viennese theatrical culture, offer analysis of self-creation, the superficiality of national identity, and the ways governments use performers.

Genus Envy is an important book for all theatre, cultural studies, and literature collections.

Thomas F. Connolly is an associate professor of English at Suffolk University and a visiting professor at the University of Ostrava in the Czech Republic. He holds a PhD from Tufts University. He is the author of George Jean Nathan and the Making of Modern American Drama Criticism, British Aisles, and numerous articles and essays. He has been a theatre history consultant for The New Yorker, National Public Radio, and CBS. A former Fulbright Senior Scholar, he has lectured in Central Europe for the United States Information Agency. Professor Connolly is also the recipient of the Parliamentary Medal of the Czech Republic.

Chapter 4: Cosmopolitan Nationalist: Alexander Moissi from the Hofburgtheater to “People’s Artist of the Socialist People’s Republic of Albania”

Chapter 6: The Thing’s the Play: Noël Coward––Haughty, (Not So) Naughty Boy