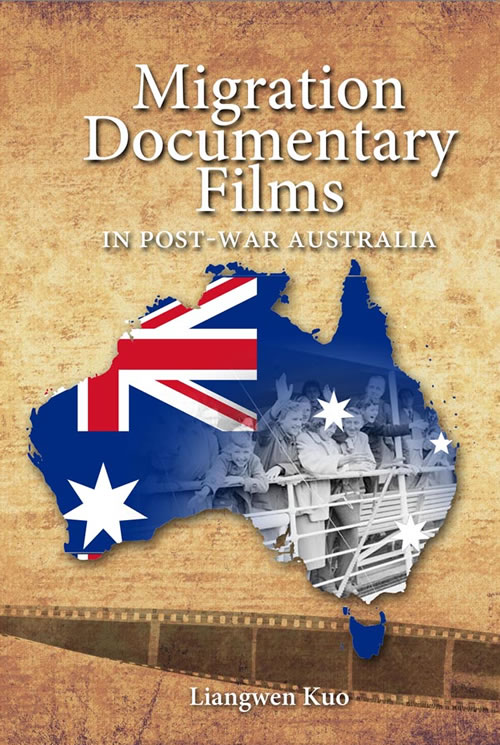 The population in Australia was about seven million in 1945, and it almost doubled in the thirty years from the beginning of the post-war immigration scheme. Of this population increase, more than three million were born overseas. In the two World Wars, Australia experienced threats from other powers and recognized the need to absorb more people to defend its nation, gradually changing its attitude toward the acceptance of non-British immigrants. In the famous speech “How Many Australians Tomorrow?” addressed by Migration Minister Arthur Calwell in 1945, concerns about population increase and national security were raised. “Populate or perish” became the dominant theme in nation’s development issues. It goes with saying that the foundation of the modern Australian nation is based upon immigration.

Migration documentary films played an important role in promoting Australian images to the outside world. Many films were made in this period to fulfill the function of migrant-recruiting and nation-building objectives. In these films, Australia was presented as a progressive and liberal nation seeking to establish her identities. The slogan “Australia for the White Man” prevailed over the entire period from 1908 to 1961. It was not until 1972 that The White Australia Policy was officially abolished. The historical meanings of these transformations are definitely worth exploring. The relationships among immigration policies, documentary films and the construction of national identities become valuable subjects for examination.

This innovative book is the first in the field that comes with a systematic and comprehensive study of migration documentary films in post-war Australia. In the analysis of the sixty-seven films, this book reveals that the project for recruiting migrants to settle in Australia was not a simple matter of overseas campaigns. The terrain for media publicity was never just the emigrant countries and the target audience were both foreigners and local Australians. These migration documentary films are actually propaganda films in nature. However, visual images, narratives, and myths represented in these films were important in the self-depiction of Australian and in the formative discourse of national identity. This book shows how absences and under-representations of film images are important to examine in order to fully understand the particular, utopian visions of the post-war period.

This book argues that open-door policies, coastal images, and modernization narratives gradually became a new “maritime myth” in the quest of a redefined Australian identity, and “new Australians”, the post-war immigrants, became battlers, echoing the “bush legend” existing in the Australian narrative. Themes of modernization, industrialization, Anglo-centric identity, “the Australian way of life” itself, political freedom, and democracy of the overall films were stressed.

Yet, the massive immigration scheme initiated by the government in the 1950s had facilitated the metamorphosis of the Australian East coast into a new symbolic “centre.” The Red Centre, the bush, the wilderness, the country and the land gave way to the major cities and ports for their strategic positions in Australian modernization and industrial development. “Looking to the coast” with maritime prospects became a new direction of national development and identity formation perhaps pre-dating the seeking the centre’ clichés of the 1970s.

These migration documentary films actually represent the most explicit state initiative to represent an ideal of what Australia was and would be.

Scholars and students whose interests include documentary films, immigration, ethnicity, national identity, and propaganda would find this book to be a valuable resource.

Liangwen Kuo is professor of the Graduate Institute of Communication Studies & Department of Communication and Technology at National Chiao Tung University, Taiwan. He holds two PhD degrees, one from the Department of Sociology at the University of California, Los Angeles, and the other from the School of Media, Film and Theatre at the University of New South Wales in Australia. His research interests include ethnic media, participatory communication, discourse analysis, cybersociety, and Australasia media.


Chapter 1: In Search of Identities

Chapter 2: Mobilising the Documentaries and Other Media