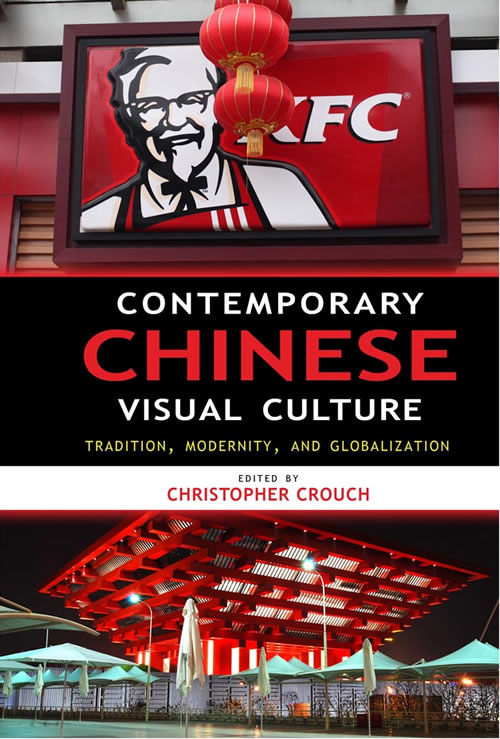 This book examines three overarching themes: Chinese modernity’s (sometimes ambivalent) relationship to tradition at the start of the twentieth century, the processes of economic reform started in the 1980s and their importance to both the eradication and rescue of traditional practices, and the ideological issue of cosmopolitanism and how it frames the older academic generation’s attitudes to globalisation. It will be an important book for all collections dealing with Asian studies, art, popular culture, and interdisciplinary studies.

China has become increasingly linked to the world economy in the last decade, and its visual culture has been transformed accordingly. Its mass media are awash with imagery equivalent to any consumer market of the industrial world. But whether advertising shampoo, refrigerators, or cars, the familiar tropes of global advertising in China sit amidst the vast visual Chinese culture that has a history which goes back thousands of years.

The attitudes towards tradition in China have not always been as benign as they are now. At the end of the nineteenth and the beginning of the twentieth centuries, there was a cultural divide between those who saw tradition as a bastion of resistance against foreign occupation and those who saw tradition as an impediment to modernizing Chinese culture, and for the greater part of the twentieth century, opinions in favor of the preservation of tradition were held in contempt by many progressive intellectuals. The cultural movements led by the forward thinkers of this era––particularly the Great Proletarian Cultural Revolution, a campaign launched by Mao Zedong and the Communist Party in 1966––had a devastating impact on traditional Chinese culture. However, after a century of debate and the active destruction of traditional cultural artefacts during the 1960s and 1970s, a curious contradiction has been established. Finally, it seems the ideas and qualities of traditional culture can be appreciated now that they are no longer culturally dominant, and the agents of modernisation that destroyed traditional culture now have the confidence to try to resuscitate it.

In fields ranging from linguistics to ethical philosophy, a contemporary global transformation is taking place concerning the way in which traditional cultures are viewed. The transformation of people’s thinking about traditional cultures is inexorably formed by changes in material circumstances, and the cultural questions that are raised by debates about nationalism, internationalism, and their relationship to a globalising world economy are increasingly important in attempting to understand “who we are” at an individual level as well as a societal one. The debates in this book are not just about China and can also contribute to a global discussion about what it means to be creative in the new conditions of the twenty-first century.

This book examines three overarching themes: Chinese modernity’s (sometimes ambivalent) relationship to tradition at the start of the twentieth century, the processes of economic reform started in the 1980s and their importance to both the eradication and rescue of traditional practices, and the ideological issue of cosmopolitanism and how it frames the older academic generation’s attitudes to globalisation. It is important to grasp the importance of these points as they have been an important part of the discourse surrounding contemporary Chinese visual culture. As readers progress through this book, it will become clear that the debates surrounding visual culture are not purely based on aesthetics––an understanding of the ideological issues surrounding the appearance of things as well as an understanding of the social circumstances that result in the making of traditional artifacts are as important as the way a traditional object may look.

Christopher Crouch is Professor of Visual Arts at Southwest University in Chongqing, China, and holds honorary professorships in universities in Beijing, Luoyang, and Zhengzhou. He holds a PhD and an MA from Liverpool University and a BA from the University of Leeds. He is the author of Modernism in Art, Design and Architecture (also published in a Chinese-language edition) and Design Culture in Liverpool 1880–1914, the coauthor of Doing Research in Design, and the editor of Subjectivity, Creativity and the Institution. Dr. Crouch is also part of the editorial team for the award-winning Chinese-language publication New Encyclopedia of Chinese Cultures.

Chapter 1: Regarding Tradition as a Document (Wang Huangsheng)

Chapter 2: A Re-examination of the Regional Characteristics of Traditional Chinese Painting in the Context of Globalisation (Wang Dongsong)

Chapter 3: Engaging the Natural World: The Lessons to be Drawn from the Aesthetics of Traditional Chinese Landscape Painting (Li Yong)

Chapter 4: The Standpoint of New Scholar Painting: To Perpetuate Tradition or Transform it? (Wu Jinchuan)

Chapter 7: Chinese Arts and Art Education in the Context of Globalisation (Zhang Zhimin)

Chapter 8: On the Present Condition and Development of Fine Art Education in the Tibet Autonomous Region (Tsewang Tashi)

Chapter 14: The Condition of Guangdong Folk Art in the Context of Globalisation (Fang Chujuan)

Chapter 18: The Community of Visual Culture and its Transforming Media (Deng Qiyao)

Chapter 23: Does it Have to be Cheap, Kitsch, and Western? Contemporary Chinese Graphic Design (Sun Huilin)