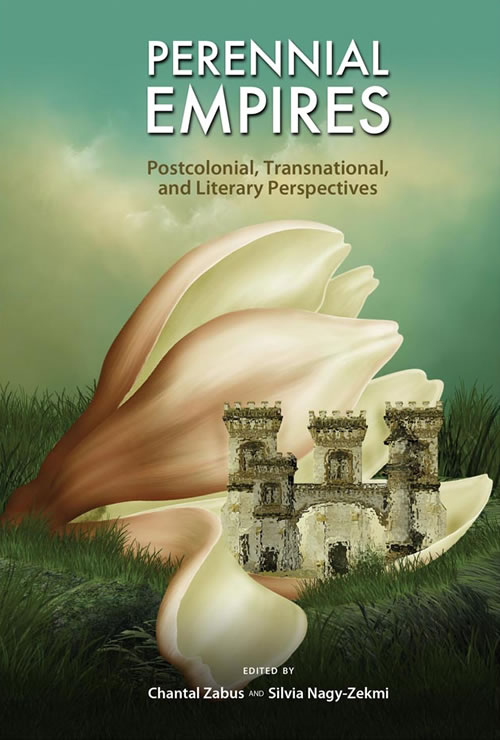 The word “empire” augurs new forms of sovereignty that have toppled the “nation-state” and “imperialism,” which was engendered by the European powers during the process of colonization. This book extends the application of postcolonial theories to reflect not only on the traditional relations between colonizer and colonized but also on those between metropolis and colonies in the Maghreb, France, Latin America, England, the United States, the Caribbean, and Australia.

What defines an empire? What are the attributes of the new empire? The word Empire augurs new forms of sovereignty that have toppled the “nation-state” and “imperialism,” which was engendered by the European powers during the process of colonization. The contributors to this volume attempt to pin down this tentacular, insidious morph and extend the application of postcolonial theories to reflect not only on the traditional relations between colonizer and colonized but also on those between metropolis and colonies in the Maghreb, France, Latin America, England, the United States, the Caribbean, and Australia.

Described as a “Leviathan,” with its clear Hobbesian connotations for an autocratic order of state, the empire has no adjectival form, no territorial center of power, no boundaries, no limits––its lies beyond nineteenth-century British reach or twentieth-century American overstretch; it inhabits the globe.

The essays in this book present new scholarship on the subject of empire building from a postcolonial and transnational perspective, using literary texts and cultural practices to focus on the exchange of ideologies and the intricacies of nation building, state-power, democracy, and anti-democracy, up to the recent “war on Terror.”

The latter spectrum and coverage illustrate the undeniable fact that earthly empires, clones of former Leviathans, seek to return, albeit in diverse forms and with punctual justifications, and are truly “perennial.”

Unlike most edited volumes which cover specific aspects of colonization in either time or space, Perennial Empires includes both past and present developments related to the expansion of empire while stressing the theoretical aspects of power relationships, rather than concentrating on one specific geographical area.

Organized into four parts, it outlines the twentieth-century processes of empire building, even in subterraneous forms, from the end of the First World War to the onset of the twenty-first century. The first part, Post-War Representations of Empire, limns the tragic biography resulting from two twentieth-century traumas, the Holocaust and terrorism, while it deconstructs the modernist and post-War idea of the (English or French) “nation” often gendered as male and portrayed as ethnically homogeneous.

The specter of migration looms large in the second part on Experimental Nations Globalized, as the new figure of the nomad inhabiting spaces unhindered by borders or state bureaucracies, also comes to designate the Australian adventurous yet nostalgic protagonist or the Portuguese “good” immigrant cast in a manipulative opposition to the Algerian, sub-Saharan African, or Antillean “bad” immigrant in contemporary France.

The third part, Half of Empire: The ‘Other’ America, shows that inclusions in and exclusions from the realm of power are discursive and deliberate, as is the case with Puerto Rico, Central America, and the “light” colonialism in the broader Caribbean, politically positioned as they are, between the Americas.

The volume will appeal to anyone interested in the latest interpretations of the cultural trends regarding current and past colonization, and it will be a valuable addition to all collections in literature and postcolonial studies.

"The title of this welcome collection of essays, Perennial Empires, is a salutary reminder that imperialism, far from having ended some time in the last century, is still with us... Taking their cue from Hardt and Negri’s influential and provocative Empire, Zabus and Nagy-Zekmi have gathered essays that successfully aim to ‘trace the continuum of empire building in the twentieth and even the twenty-first century’ ... Zabus and Nagy-Zekmi rightly observe, for example, that postcolonial critics, anti-imperial activists, and conservative commentators have all relied in one way or another on the nation-state as a point of reference ... The argument, as this volume makes clear, is not about choosing between a ‘“smooth” space of empire’ and the singular nation-state, but instead about the messy middle in which we recognise the strategic, dialogical need for both rootedness and migrancy." - Transnational Literature

“Focusing its concern through the often-neglected role of literature in shaping and influencing these forces, this powerful collection of essays addresses the complex, new ways in which international power exercises control over all aspects of life––from new forms of public governance to the construction of private identities. It acknowledges the emergence of new theoretical models of imperialism and Empire but sets them firmly within the longer history of the analysis of the post-colonial. It explores contemporary concerns such as global ecology, queer theory, and ‘the War on Terror’ and demonstrates their links with underlying forces stretching back to the classic eras of colonial rule. It provides a convincing model for rethinking the relationship between past and present theories of the exercise of world power from the age of classic imperialism to the era of Bush and Obama.”
– Gareth Griffiths, Professor of English, University of Western Australia, and coauthor of The Empire Writes Back: Theory and Practice in Post-Colonial Literatures