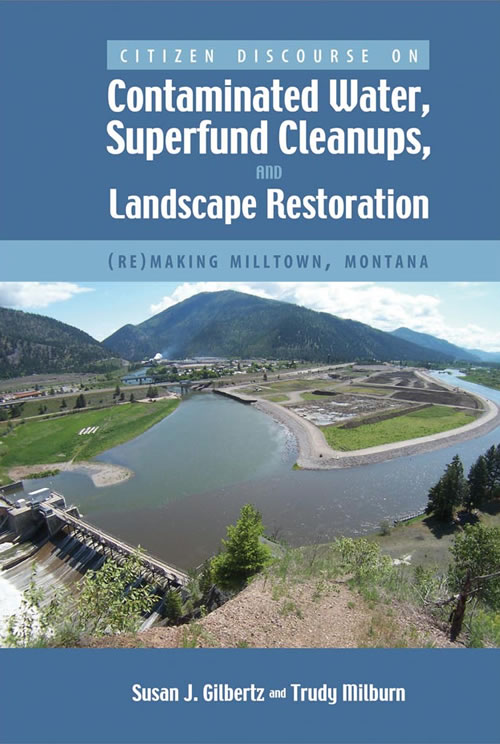 This study investigates a public engaged in discussions about one of the most expensive Superfund Cleanup projects in the United States, expressly to determine the degree to which intersecting and diverging notions of place could be understood as a coherent discourse.

In 1981 residents of Milltown, Montana, learned that several wells providing drinking water to local residences were contaminated with arsenic. Suddenly, this tiny community, at the confluence of the Blackfoot and the Clark Fork Rivers, was on its way to becoming one of the most expensive Superfund Cleanup projects in the United States.

Arsenic is not immediately toxic to humans, but prolonged exposure to arsenic increases incidents of cancer and premature loss of life. The contamination clearly represented a risk to human health, and by 1983 Milltown was officially designated as a Superfund site and a cleanup was mandated.

The source of the contamination seemed obvious, yet it took several years for the scientists to agree upon just how it was that the groundwater had become contaminated. In the meantime, concerned citizens groups formed to participate in the emerging public processes, some pressing for both remediation of the groundwater situation and for restoration of the river. To the dismay of locals, it was not until 2005 that the federally approved Record of Decision was in place and the combined remediation/restoration project could begin.

Over the years, there has been a call for increasing public participation in management decisions concerning natural resource issues. However, locals are given little or no guidance in navigating the plethora of meetings, agencies, officials, and processes that are germane to such issues. As well, when the landscape of concern is ‘home’ to some but ‘cause’ to others it is unlikely that participating parties will merge into a coherent local polity.

In such circumstances, the senses of place that are brought to bear can be widely and profoundly divergent. In the end, involved locals and resource agents can be overwhelmed by the fragmented and disjointed nature of the discourses that result from public participation.

This book traces the primary concerns of Milltown locals as they discussed the contamination and the cleanup in 2005. The purpose of this study was to investigate a public engaged in discussions about a local landscape, expressly to determine the degree to which intersecting and diverging notions of place could be understood as a coherent discourse.

In stark contrast to the two to three minutes citizens are typically afforded at public hearings, the authors set out to expose the details of how locals combined information and logics into sense-making narratives. They employed an in-depth interviewing technique that encouraged the participants to elaborate rather than truncate their concerns. In doing so, the authors exposed distinct sets of interpretive resources employed by locals both as means of understanding their situation and for projecting into the future.

Susan J. Gilbertz is an assistant professor of geography at Montana State University–Billings where she also served as the director of the Environmental Studies Program. She holds a PhD from Texas A&M University and MA and BS degrees from the University of Wyoming. She was the principle investigator on the Yellowstone River Cultural Inventory—2006. Her most recent works, in Rural Sociology and the Professional Geographer, examine the social and cultural dynamics of amenity landscapes. She also serves on the Yellowstone River Conservation District Council’s Technical Advisory Committee, a group that works closely with the U.S. Army Corps of Engineers to investigate the cumulative effects of human activities on the river.