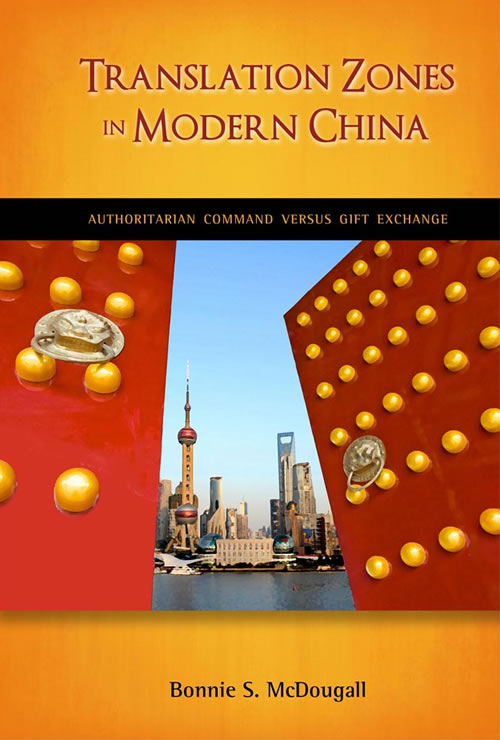 "The signal contribution this book makes is to our understanding of the sociology of translation in a specific Chinese institution at a specific moment in history and, more broadly, of the varieties of translational experiences that are historically possible. ... It’s a timely book, and should be read widely.” —MCLC

Translation studies is the big new subject for humanistic research and debate across the world, displacing comparative literature in university curricula, competing with cross-cultural studies for student attention, and contributing new perspectives to a range of cultural studies offshoots. Its demands on its practitioners are heavy: bilingualism is only the beginning. In a globalized world dominated by human migration, voluntary and otherwise, translation serves as a flexible and provocative metaphor for communication and non-communication at all levels of human (or human-machine) interaction.

Based largely on translations between and among languages that originated in Europe, modern translation studies has developed a large body of theoretical assumptions that seem to express general truths about translation across the world. Much of the new work that has appeared in recent years now cite examples from non-European cultures, including traditional and modern China. Yet even the most comprehensive and wide-ranging works overlook translation episodes in modern China that resulted in brief but significant passages of cultural exchange. This book describes and analyzes two translation zones in literary translation from Chinese into English in the late twentieth century that as well as their intrinsic interest undermine the supposed universality of Eurocentric assumptions. These episodes may not even be unique, although they have not previously been taken into account; they do oblige translation researchers, cultural bureaucrats and policy makers in general to re-think standard models of translation transactions.

This book begins by setting out these two contrasting models of translation that co-existed in China during the 1980s: the authoritarian model and the reciprocal, or gift-exchange, model. The following chapters set down the actual circumstances of each model as it operated in its own zone, in the first such testimony from an active observer and participant in both. Two final chapters examine the new theoretical perspectives that arise from the contrast and the overlap between the two zones. It is the first full-length, detailed, and theorized treatment in any language of Chinese-English literary translation transactions and will stand as the major primary source of future studies.

A constant challenge in humanistic studies is the problem of exceptionalism versus universalism. In Chinese studies, for instance, books by academic experts often address only a closed, small world of other experts drawing on decades of language and cultural studies. This book is primarily intended for translation studies researchers whose aim is to extend their academic horizons beyond their customary languages and cultures without wishing to devote the rest of their lives to Chinese studies. At the same time, it opens up new corners of modern Chinese culture and society that sinologists have hitherto overlooked.

“Bonnie McDougall has set out to give us a participant ethnography of 'translation zones in modern China' that is also part memoir–or, perhaps, a memoir of living and translating in China in the early 1980s that is also part academic ethnography, with a little translation/sociocultural theory mixed in. ... The signal contribution this book makes is to our understanding of the sociology of translation in a specific Chinese institution at a specific moment in history and, more broadly, of the varieties of translational experiences that are historically possible. ... It’s a timely book, and should be read widely.” —MCLC

Chapter 2: The Foreign Languages Press as an Institution