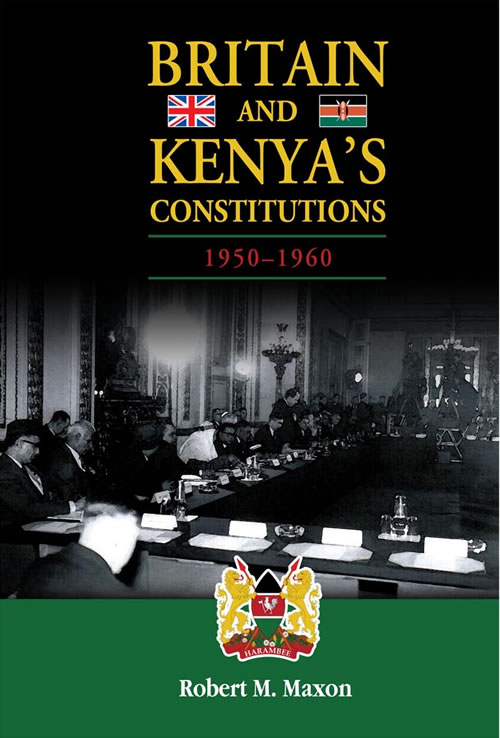 This is the first study of constitution making during a critical decade of British rule in Kenya to be based on a thorough examination of archival sources, including secret intelligence reports and British cabinet records. These allow for a more complete appreciation of the forces that produced the specific constitutional dispensations.

During the period 1950 to 1960, Britain introduced three constitutions for its East African colony. The first two, imposed in 1954 and 1957 respectively, represented attempts by the colonial rulers to establish a constitutional order based on the philosophy of multi-racialism first set out as official policy in pronouncements by the Colonial Office in 1950–1951. Multi-racialism involved a constitutional order that provided for a sharing of political power among racially defined political groups with the predominant role for Kenya’s small European settler community in both the executive and legislature and the least influential role for the colony’s African majority. However, the specific details of the Lyttleton Constitution of 1954 and the Lennox-Boyd Constitution of 1957–1958 were the product not only of the multiracial philosophy but were also impacted by events of the 1950s in Kenya itself, notably the Mau Mau rebellion and the first African elections of 1957. Those elections, for example, produced a group of nationalist legislators who rejected multiracialism and as a result brought about the overthrow of both constitutions.

A change of course by the British government in 1959 moved Kenya away from multiracialism and opened the way for the rapid movement to an independent country ruled by the African majority. Events in Kenya played a notable part in bringing about the change in British policy, but the constitutional situation in the neighboring British territory of Tanganyika was also most influential. The first Lancaster House constitutional conference of 1960 reflected the change in British stance as Africans now held the most seats in the resulting legislature and in the council of ministers. Imposed by Iain Macleod (the Secretary of State for the Colonies), the new constitution marked an end to Kenya’s constitutional development in the 1950s and opened the way for a dramatically different constitutional order just two years later in the form of the self-government constitution.

Constitution making remains a critical aspect of twenty-first century Kenyan discourse, as in many other parts of the African continent. Kenyan voters approved a new constitution in a 2010 referendum, but since then difficulties have beset the process of implementation. Many of these difficulties mirror those associated with constitution-making in the 1950s, including the failure of the political elite to agree on constitutional goals and an inability to achieve consensus in support of a constitutional order that allows for the democratic exercise of state power. The lessons of an earlier decade thus remain relevant just as do the experiences of failed attempts to impose a non-democratic political order.

This is the first study of constitution making during a critical decade of British rule in Kenya to be based on a thorough examination of archival sources. Such sources include secret police and intelligence reports, records of the planning and negotiations leading to the imposition of the three constitutions, and British cabinet records. These allow for a more complete appreciation of the forces that produced the specific constitutional dispensations. For example, the book provides the fullest and most authoritative account of the first Lancaster House conference of 1960. The account indicates that the constitution that emerged, as with the negotiations of 1954 and 1957, was not the result of inter-racial bargaining. Rather, each constitution was imposed by Britain after acceptance by some political groups, though not all. Such partial acceptance proved fatal to the constitutions of the 1950s. The book illustrates this reality as well as highlighting the importance of African agency in the overthrow of the Lyttleton and Lennox-Boyd constitutions and in the emergence of the very different constitutional order that resulted from the Lancaster House conference.

Britain and Kenya’s Constitutions, 1950–1960 is an important book for African studies and for the history of British decolonization in Africa.

Robert Maxon is professor of history at West Virginia University. He holds a PhD from Syracuse University and a BA from Duke University. Dr. Maxon’s previous publications include Conflict and Accommodation in Western Kenya: the Gusii and the British, 1907–1963, Struggle for Kenya: the Loss and Reassertion of Imperial Initiative, 1912–1923, and Going Their Separate Ways: Agrarian Transformation in Kenya. He is coeditor of An Economic History of Kenya and coauthor of the second edition of Historical Dictionary of Kenya. He is the recipient of the Kenya Scholars and Studies Association Lifetime Achievement Award and an honorary D. Litt. from Moi University.

Chapter 2: Background to Constitution Making and Decolonization in the 1950s