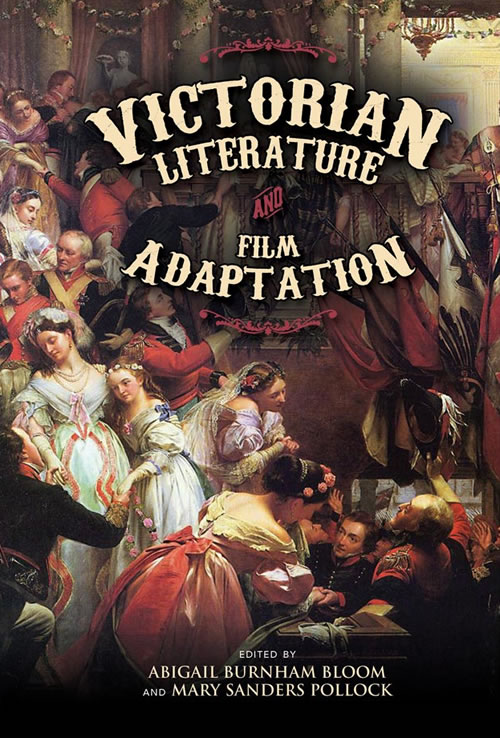 Movies began during the Victorian age. Through even the earliest years of filmmaking, Victorian literature provided a ready stock of familiar stories about colorful characters caught up in mystery, fantasy, adventure, sensation, and domestic conflict. Among the earliest films are adaptations of works by Victorian writers like Charles Dickens, Lewis Carroll, Thomas Hardy, and even Alfred, Lord Tennyson.

Starting with Soviet filmmaker Sergei Eisenstein’s 1946 essay on “Dickens, Griffith, and the Film Today,” theorists have been interested in the interrelationship between Victorian literature and films. Nineteenth-century British literature has continued to provide stock in trade for the filmmaker and television producer throughout the twentieth century, and even into the twenty-first. Since the 1970s, when easy access to films on videotape enabled private and repeated viewing, scholarship about the adaptation of Victorian literature into feature films and television series has developed unabated. The recent surge of literature and film courses and the increased use of film within the classroom has led to the need for studies on adaptation and approaches suitable for the twenty-first century.

With the proliferation of volumes on adaptation, work is needed that provides theoretical and practical approaches for those who think about literature together with film adaptations whether as scholarship, part of classroom study, or general enjoyment. The current collection of adaptation criticism, Victorian Literature and Film Adaptation, builds on major film theory and also on critical and theoretical work specifically about Victorian film and television adaptations, such as The English Novel and the Movies (1981), edited by Michael Klein and Gillian Parker, and Victorian Afterlife (2000), edited by John Kucich and Dianne Sadoff.

This volume expands the field to include source texts from the long nineteenth century, beginning with Jane Austen and ending with Joseph Conrad. Editors Abigail Bloom and Mary Sanders Pollock also extend the boundaries set by other collections by including responses to movies based not just on novels, but also on drama (Lady Windemere’s Fan by Oscar Wilde), short stories (“The Return” by Joseph Conrad), and poetry (“The Pied Piper” by Robert Browning)—and not just on literary and popular culture canons, but on lesser known works. As Thomas Leitch points out in his theoretical introduction, “these are not your grandmother’s Victorians.”

The collection is organized to be useful, particularly for the professor in the literature or film studies classroom and for the generalist seeking to expand his or her own thoughts. It is informed by the postmodern insight that human history is a series of moments which reflect continually shifting values and perceptions. Literary and film history reflect these myriad shifts, as do critical responses to films. Moreover, as contributors to this volume insist, critical responses to film adaptations of literature serve to magnify the contingency of meaning in both the movies and their source texts.

This volume also recognizes the popularity of nineteenth-century British literature with adaptors who have appreciated the value of the original works while repackaging their classic themes for contemporary audiences. This collection includes discussion of works by authors such as Jane Austen, Charles Dickens, Anthony Trollope, Robert Louis Stevenson, Bram Stoker, and Sir Arthur Conan Doyle, as well as adaptations by such diverse and masterful directors as Ernst Lubitsch, Stanley Kubrick, Atom Egoyan, and Francis Ford Coppola.

By bringing together many different approaches to the topic of adaptation, this book provides an important overview of the subject of the adaptation of nineteenth-century British literature, as well as an examination of the constructive and creative use of film adaptations in the classroom. Although a wide range of critical approaches are included, the primary emphasis is on what specific adaptations reveal about the ways in which nineteenth-century British texts are understood, responded to, and analyzed based on particular cultural contexts. This book provides a basis for rethinking adaptation and a template for future discussions and academic courses. They orient the reader within a popular field of study that is currently in need of both greater focus and of practical direction.

Victorian Literature and Film Adaptation is an important book for all who are interested in Victorian literature, film, and the process and meaning of the adaptation of literature into film. It will be a valuable resource for researchers, educators in both literature and film studies, adaptors, and general readers with an interest in adaptation.

"One welcome feature of this book is its awareness of the role of adaptatations in teaching, whether in survey courses or more specialized classes, many of the essays here could be used productively in the classroom. ...This is a lively and engaging collection with much to offer Victorian studies." - Victorian Studies

"[The editors] chose film versions that if not literally faithful to the text of the Victorian novels at least manage to illuminate and augment their components. An impressive array of international scholars analyzes films extracted from works … The essays discuss 11 Victorian authors (those on Joseph Conrad, Jane Austen, and Bram Stoker are particularly interesting); topics range from queer theory to intertextuality and film praxis. Highly recommended.” – CHOICE

Abigail Burnham Bloom is managing editor of the journal Victorian Literature and Culture; she teaches Victorian literature at Hunter College, CUNY, and The New School. Bloom recently published The Literary Monster on Film: Five Nineteenth-Century Novels and their Cinematic Adaptations and edited Personal Moments in the Lives of Victorian Women: Selections from their Autobiographies.

Mary Sanders Pollock is the Nell Carlton professor of English at Stetson University in DeLand, Florida. She teaches British literature, nature writing, and gender studies. She is the author of Elizabeth Barrett and Robert Browning: A Creative Partnership (2004) and coeditor, with Catherine Rainwater, of Figuring Animals: Essays on Animal Images in Art, Literature, Philosophy, and Popular Culture (2005).

Laura Carroll lectures in the English program at La Trobe University, Melbourne. Her main research project investigates ways that films adapted from novels accommodate and reconcile readers' competing experiences of the source works. Her other research interests include the afterlife of Jane Austen and post-Romantic fiction about animals. She has published essays on Austen adaptations, James Thurber, Shakespearean tragedy and Australian cinema.

Michael Eberle-Sinatra is an associate professor of English at the Université de Montréal. Prior to this appointment, he served as a research associate at the Northrop Frye Centre, University of Toronto. He holds a DPhil from the University of Oxford. He is the author of Leigh Hunt and London Literary Scene, the founding editor of Romanticism on the Net, and the editor of Mary Shelley’s Fictions: From Frankenstein to Faulkner.

Sarah J. Heidt is an associate professor of English at Kenyon College, where she teaches nineteenth-century British literature and culture, life-writing and autobiography, and film. In addition to ongoing book projects, she has published articles on Thomas and Jane Carlyle, John Addington Symonds, and the written and filmed versions of The Diving Bell and the Butterfly.

Jean-Marie Lecomte is an associate professor at the University of Nancy, France. He specializes in the study of filmic speech and audio-visual semiotics. He has published essays on King Vidor’s cinema, the birth of the talking film, women's speech in early movies, and discourse in horror movies. His research centers on the interaction between verbal language and film language in silent and early talking movies.

Thomas Leitch is professor of English and director of film studies at the University of Delaware. His most recent books include Film Adaptation and Its Discontents: From Gone with the Wind to The Passion of the Christ and A Companion to Alfred Hitchcock, coedited with Leland Poague.

Louise McDonald is a senior lecturer in English and film studies at Newman University College in the West Midlands. Her teaching and research areas include American literature, and Victorian and early twentieth-century literature, and she leads courses in film theory and adaptation studies.

Ellen Moody teaches at George Mason University. She has published on the gothic, film, translations, nineteenth-century British novelists, and women’s memoirs. Moody has produced etext editions of works by Isabelle de Montolieu and Sophie Cottin, and her book, Trollope on the 'Net , combines research with her experiences leading discussions about Trollope in a listserv community. In addition, Moody has created a website dedicated to Austen and Trollope.

Gene M. Moore teaches English and American literature at the Universiteit van Amsterdam. His publications as author or editor include Proust and Musil: The Novel as Research Instrument, Conrad's Cities, Conrad on Film, The Oxford Reader's Companion to Conrad, Faulkner's Indians, and a casebook on Conrad's Heart of Darkness. He coedited the final two volumes of The Collected Letters of Joseph Conrad, and his edition of Conrad’s last novel, Suspense, was published in 2011.

Natalie Neill teaches in the English department at York University. Her teaching and research areas include Romantic and Victorian literature, the gothic, and film adaptation. Neill has published on Jane Austen’s Northanger Abbey, among other topics, and is editor of Love and Horror, a rare 1812 gothic parody. Another edition is forthcoming, and she is revising for publication an article on William Harrison Ainsworth’s Rookwood.

Christopher Palmer has taught English literature and served as head of the English department at La Trobe University in Melbourne since 1977, with exchanges at Warwick University and the State University of California at Chico. He has published on Shakespeare, Umberto Eco, the practice of adaptation, and science fiction (on Mona Lisa Overdrive, “Big Dumb Objects,” China Mieville and Philip K. Dick--Philip K. Dick: Exhilaration and Terror of the Postmodern).

Sue Thomas, professor of English at La Trobe University, Melbourne, is the author of The Worlding of Jean Rhys and Imperialism, Reform and the Making of Englishness in Jane Eyre, co-author with Ann Blake and Leela Gandhi of England through Colonial Eyes in Twentieth-Century Fiction, and compiler of Elizabeth Robins (1862–1952): A Bibliography. She has published extensively on nineteenth- and twentieth-century women writers, decolonizing literatures, and nineteenth-century periodicals.

Tamara S. Wagner obtained her PhD from Cambridge University and is an associate professor at Nanyang Technological University in Singapore. Her books include Financial Speculation in Victorian Fiction: Plotting Money and the Novel Genre, 1815-1901 , Longing: Narratives of Nostalgia in the British Novel, 1740–1890, and Occidentalism in Novels of Malaysia and Singapore, 1819-2004 , as well as edited collections on Consuming Culture in the Long Nineteenth-Century , Antifeminism and the Victorian Novel: Rereading Nineteenth-Century Women Writers , and Victorian Settler Narratives: Emigrants, Cosmopolitans and Returnees in Nineteenth-Century Literature.

Part I Reinterpreting the Victorians: Adaptation and the Techne of Revision

Chapter 8: Intertextuality in Simon Raven’s The Pallisers and Other Trollope Films (Ellen Moody)