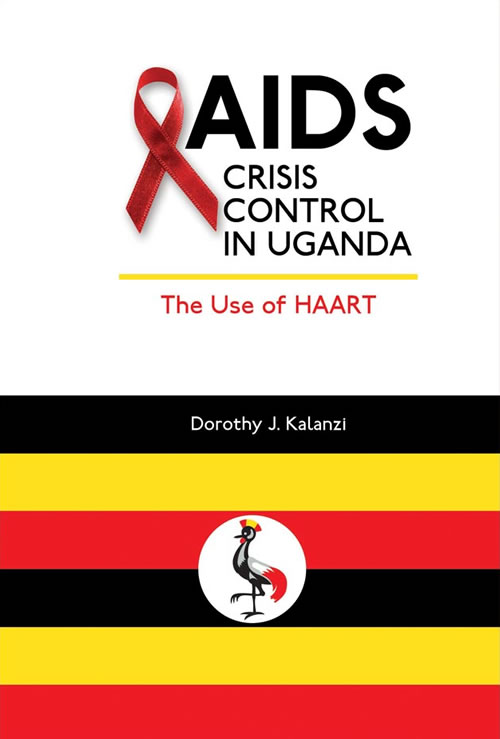 AIDS Crisis Control in Uganda: The Use of HAART by Dorothy J. N. Kalanzi

This book is a compelling study of the highly active antiretroviral therapy (HAART) treatment in Uganda to overcome the AIDS crisis. The physical, psychological, and emotional challenges are shown using case studies and an extensive empirical method. This book is an important addition to collections in African studies and public health.

A study of nine countries in sub-Saharan Africa reported an HIV prevalence rate of about three times higher for females as opposed to males ages 15–24. The most affected population groups, especially in terms of age and gender, raise public health concerns, one of which is the potential of passing the virus from mother to child during childbirth. Global surveillance statistics show that 1,200 children under age 15 were being infected daily with the virus in 2008 alone, of which 90% lived in resource-constrained nations such as those of sub-Saharan Africa.

Despite such an aggravated attack of AIDS on the world population, there have been remarkable innovations in the successful control and treatment of AIDS. the introduction and to a greater extent the successful implementation of highly active antiretroviral therapy (HAART) have exonerated those infected with the virus from an AIDS-related automatic death sentence to healthier and extended longevity—if they adhere to medication regimens as well as to healthy lifestyles that reduce the risk of HIV infection, such as abstinence from sex, having only one sex partner, or the regular use of condoms. On the contrary, HAART adherence failure and unsafe sexual practices may undermine public health efforts to control HIV/AIDS morbidity and mortality. This may be particularly true in low-income nations such as those in sub-Saharan Africa, many of which have seen increasing access to HAART since the beginning of the millennium. As elaborated later, this study explores HAART adherence and the effect of anti-HIV drugs on individuals suffering from HIV/AIDS in Uganda.

The investigation of HAART adherence behavior and its effect on those under therapy in Uganda is important, especially because provision of HAART in low-income nations—such as those in sub-Saharan Africa, where many of the affected individuals are poverty stricken and possess little or no formal education—may result in negative public health implications, including those resulting from suboptimal adherence, such as drug resistance.

Of supreme importance, this study may assist in the formulation of strategies and policies that could enhance the effect of HAART and the quality of life for those with HIV/AIDS in developing nations such as Uganda.

Dorothy J. N. Kalanzi is an assistant professor at Gannon University in Erie, Pennsylvania. She holds a PhD from Texas Woman’s University, an MS in gerontology from the University of North Texas, an MA in theological studies from Garrett Theological Seminary, and a BA from Illinois Wesleyan University. Dr. Kalanzi has published in the International Journal of Sociology and has presented at national, regional, and local annual sociological conferences on HIV/AIDS, climate change, euthanasia, aging, and the elderly.

Chapter 4: The Impact of HAART Adherence on Quality of Life