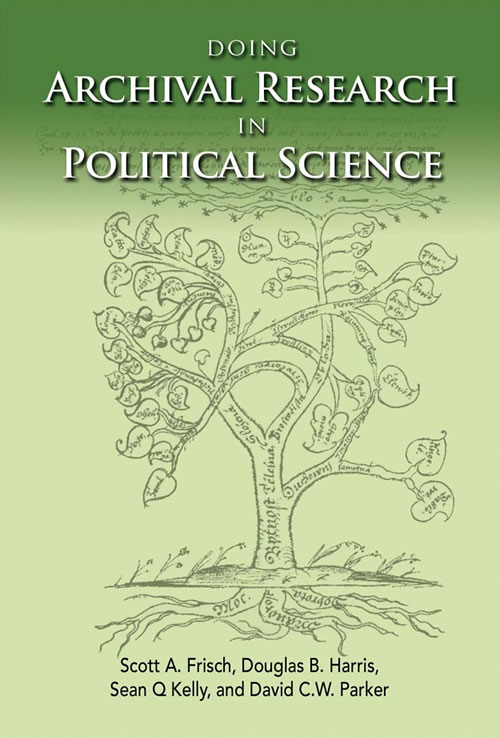 "In my view, the papers of former members of Congress, committee records at the National Archives, and other archival materials are a woefully underutilized source of evidence in legislative scholarship. The chapters of this volume are simply the best treatment that we have of the practical logistics of conducting archival research about the national legislature. I recommend it highly." - C. Lawrence Evans, Newton Family Professor of Government, College of William and Mary

This volume is a showcase for top-notch, archives-based research in American politics. Part advocacy and part “how to,” with a focus on doing archival research, the essays in this volume illustrate how archival data improves empirically based political science. Cross-disciplinary collaboration with archivists is reflected in several chapters allowing readers to develop an appreciation for how archival practice influences research strategies.

Doing Archival Research in Political Science is a natural addition to undergraduate and graduate courses on research methods. The readable and sometimes irreverent essays in the volume will keep students’ interest and promote discussion. Faculty who are interested in adding to their methodological arsenal will benefit from the lessons, advice, and thoughtful perspectives of those scholars who have preceded them (and had to learn some lessons the hard way!).

Given the dearth of training in archival research the editors envisioned a book that addresses the “how to” of archival research by involving the perspective of archivists. The editors identified chapter authors who demonstrate in their research-oriented essays how archival research influences and improves empirical political science research. They weave their scholarly contributions together with their practical experiences and “boots on the ground” advice to ease readers toward their first foray into the archives.

This first-of-its-kind book—traversing political science and library and information science—challenges political scientists’ reliance on “easy data” promising in return “better data.” The editors propose that the archival record is replete with data that are often superior to current, available public data, both quantitative and qualitative. Substantive chapters in Doing Archival Research in Political Science illustrate how archival data improve understanding across the array of subfields in American politics. It also challenges archivists to rethink their collections through the prism of political science.

"In my view, the papers of former members of Congress, committee records at the National Archives, and other archival materials are a woefully underutilized source of evidence in legislative scholarship. The chapters of this volume are simply the best treatment that we have of the practical logistics of conducting archival research about the national legislature. I recommend it highly." – C. Lawrence Evans, Newton Family Professor of Government, College of William and Mary

"Doing Archival Research in Political Science is a determined effort to restore the lost world of those diverse data repositories known as 'the archives'. The effort involves a defense of digging into them, a suggestion of the treasures to be found, and a guide for how to get started. With multiple and disparate examples, the authors seek to add to the methodological armory of political science, while recapturing the context––the enveloping framework, the hidden incentives, the personal motivations––within which political actors actually do what they do." – Byron E. Shafer, Hawkins Chair of Political Science, University of Wisconsin

"Not just for political scientists--for whom this book is essential reading--this book is also for archivists, librarians, historians, and educators looking at interdisciplinary research methods and the value of primary source material to enhance theory building, data collection, hypothesis testing, and creation of engaging contextual narrative to explain human behavior and political process. The case studies collected here illustrate use of archival evidence by a range of intrepid researchers who honestly describe successes, challenges, risks, and drawbacks of using archives for both empirical and historical research. Two archivists collaborate in this effort to demystify archival research for political scientists and represent their own peers' eagerness to help provide access to and discovery of useful data and contextual information in undermined collections across the country." - L. Rebecca Johnson Melvin, Librarian, University of Delaware

Scott Frisch is Professor and Chair of the Political Science program at California State University Channel Islands. A native of New Jersey Scott received his BA from Lafayette College, a Masters in Government Administration from the University of Pennsylvania, and a PhD in Political Science from the Claremont Graduate School. Scott served as a Presidential Management Intern in the Department of Treasury and as a Legislative Assistant in the Office of Senator Frank Lautenberg of New Jersey. He joined the faculty at CSUCI in 2003 after several years teaching at California State University, Bakersfield, and at East Carolina University. Scott's primary research interests are Congress, and the budgetary process. He is coauthor (with Sean Kelly) of Jimmy Carter and the Water Wars (Cambria Press, 2008; CHOICE Outstanding Academic Title) and Committee Assignment Politics in the U.S. House of Representatives; his book The Politics of Pork was published by Garland Press in 1998.

About Douglas B. Harris

Sean Q Kelly is Professor of Political Science at California State University Channel Islands. Sean is a native of Seattle, Washington. He received his BA from Seattle University, and his PhD in Political Science from the University of Colorado. Sean is a former American Political Science Association Congressional Fellow (1993-1994), during which he worked for the Senate Democratic Leadership. He joined the political science faculty at CSUCI in 2007 after teaching at Niagara University, and before that at East Carolina University. Sean's primary research interests are American political institutions, political parties and leadership, and public policy. He is coauthor (with Scott Frisch) of Jimmy Carter and the Water Wars (Cambria Press, 2008; CHOICE Outstanding Academic Title) and Committee Assignment Politics in the U.S. House of Representatives; and authored or coauthored articles in several scholarly journals and edited volumes.

David C.W. Parker is an assistant professor of political science at Montana State University. He holds a PhD from the University of Wisconsin-Madison. In addition to his book, The Power of Money in Congressional Campaigns, 1880-2006 (University of Oklahoma Press), he has also published several articles in journals such as Congress and the Presidency and Legislative Studies Quarterly. His coauthored article “Making a Good Impression: Resource Allocations, Home Styles, and Washington Work” in Legislative Studies Quarterly was awarded the 2010 Alan Rosenthal Prize.

PART I: Political Science and the Archives

Chapter 4: Pulling Back the Curtain: Archives and Archivists Revealed (Linda A. Whitaker and Michael Lotstein)

Chapter 8: Rummaging Through the Attics of the CIA and Congress: How Archival Research Enabled Me to Write a Previously Untold Political History (David M. Barrett)

PART III: On the Road

Chapter 11: Hitting the Road Without Hitting the Potholes (Sean Q Kelly and Linda A. Whitaker)