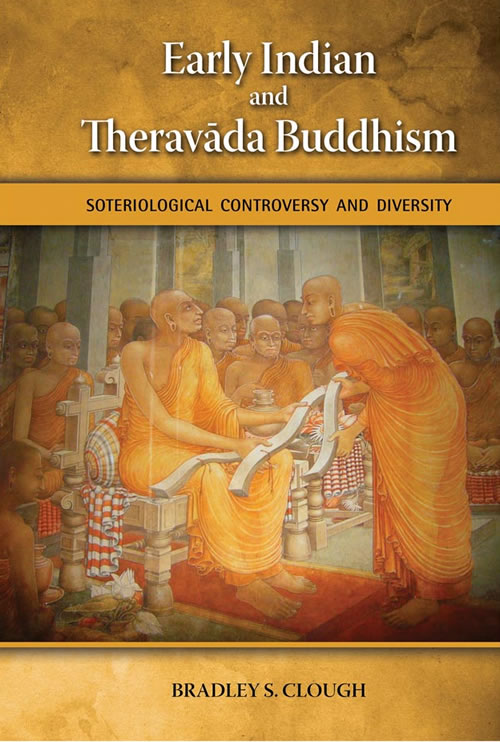 Prior to this study, past scholarship--which preferred to portray early Indian and Theravada Buddhism as wholly rationalist systems--has shied away from giving ample treatment on the noble person who possesses supernormal powers. This book examines the dichotomy between two Theravada monastic vocations that have grown out of the vocational and soteriological tensions.

The context for the first part of this study is the community (sangha) of early Buddhism in India, as it is reflected in the religion’s canon composed in the Pali language, which is preserved by the Theravada tradition as the only authentic record of the words of the Buddha and his disciples, as well as of events within that community.

This book does not assert that the Pali Canon represents any sort of “original” Buddhism, but it maintains that it reflects issues and concerns of this religious community in the last centuries before the Common Era. The events focused on in part one of this study revolve around diversity and debate with respect to proper soteriology, which in earliest Buddhist communities entails what paths of practice successfully lead to the religion’s final goal of nibbana (Sanskrit: nirvana).

One of the main theses of this study is that some of the vocational and soteriological tensions and points of departure of the early community depicted in the Pali Canon have had a tendency to crop up in the ongoing Theravada tradition in Sri Lanka, which forms the second part of the study. In particular, part two covers first a vocational bifurcation in the Sri Lankan that has existed at least from the last century of the Common Era to contemporary times, and second a modern debate held between two leading voices in Theravada Buddhism, on the subject of what constitutes the right meditative path to nibbana.

With a few notable exceptions, both members of Theravada Buddhism and the scholars who have studied them have maintained that the Pali Canon, and the ongoing tradition that has grown out of it, has a singular soteriology. The aim of this study is to deconstruct tradition, in the simple sense of revealing the tradition’s essential multiplicity. In part one, one finds that the Pali Canon, in its descriptions of ideal spiritual adepts known as “noble persons” (ariya-puggala), lays out several variant paths to nibbana.

Besides the well-known “Noble Eightfold Path,” the paths of the noble persons, while holding some key similarities in common, are otherwise quite diverse. The main problem that is identified is that both practitioners and scholars have tended to read all of the canonical material through the lens of the writings of the most influential Theravada exegete, the 5th century CE figure, Buddhaghosa. This book endeavors to show that if one reads the canonical works as self-contained texts, what are revealed are five diverse paths followed by five different kinds of noble persons.

Prior to this study, past scholarship--which preferred to portray early Indian and Theravada Buddhism as wholly rationalist systems--has shied away from giving ample treatment on the noble person who possesses supernormal powers. This book examines the dichotomy between two Theravada monastic vocations that have grown out of tensions discussed in part one. The bifurcation is between the town-dwelling scholar monk and the forest-dwelling meditator monk. Scholars have certainly recognized this split in the sangha before, but this is the first attempt to completely compare their historical roles side-by-side. Finally, the book comes full circle in the last chapter, with a description and analysis of a major modern Theravada controversy over whether meditation should based in tranquility or in insight. This debate has only been very briefly mentioned in previous scholarship.

This is an important book for collections in Asian studies, Buddhist studies, history, and religious studies.

Bradley Clough is an associate professor of liberal studies, with a teaching focus on the religions of Asia, at The University of Montana. He holds MA, MPhil, and PhD degrees from Columbia University, and a BA from St. Lawrence University. Dr. Clough has published several articles and book chapters on early Indian Buddhism and Theravada Buddhism in Sri Lanka, on such topics as social economics, supernormal powers, just war theory, pilgrimage, and soteriology.

Chapter 1: Directions Taken in the Texts of the P?li Nik?yas on Meditation

Chapter 3: The Path Based in Faith: The Faith-Follower and the One Liberated By Faith

Chapter 5: A History of Vocational Diversity in the Therav?da Sa?gha in Sri Lanka