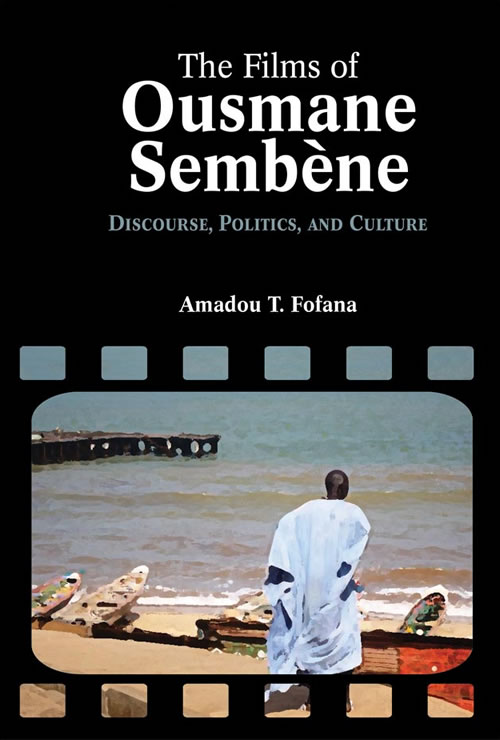 The Films of Ousmane Sembène: Discourse, Politics, and Culture by Amadou Fofana

Ousmane Sembène was a Senegalese film director, producer, and writer whom the Los Angeles Times considered one of the greatest authors of Africa. Often called the "father of African film," Sembène strongly believed that African films should be geared primarily toward educating the masses. This study examines the artistry of Sembène’s films and interprets the meaning conveyed by images through their placement and function within the films. It also contributes new insights into Sembène’s interpretations of cultural practices and the meanings he ascribes to social behaviors.

Ousmane Sembène was a Senegalese film director, producer, and writer whom the Los Angeles Times considered one of the greatest authors of Africa. Often called the "father of African film," Sembène strongly believed that African films should be geared primarily toward educating the masses and making the philosophical quandaries and political issues contested by elites accessible to the poor and those with little to no formal education. In Sembène’s view, African films should tell stories, and African filmmakers are storytellers. In this light, he referred to himself as a modern-day griot, or one who is responsible for reconstructing and learning from the past in order to make sense of the present and prepare for the future. He expected African films, akin to morality tales, to spur critical thinking among viewers.

Sembène’s films offer non-Africans a rich window into another world. They offer Africans an opportunity to reflect on what is taken for granted in daily life. One striking quality about Sembène is his unwavering courage to tackle difficult and controversial subjects head on and in ways that leave audiences contemplative and intellectually stimulated. Examples of the controversial themes he has brought into sharp relief in his films include a critical re-reading of Senegalese and African history; contested perceptions of what constitutes indigenous versus foreign political and economic interests; and the ever-changing terrain of religious plurality on the African continent. His films problematize male dominance, gerontocratic rule, polygamous marriage, socioeconomic disparity, and long-honored cultural practices such as female circumcision. While Sembène was distressed by cultural alienation and implacable in his opposition to abuses of the postcolonial bourgeoisie, he compassionately paid tribute to what he called “the daily heroism of African women.” He tempered his idealism with realism, urging Africans to embrace the inescapable forces of globalization while also preserving fundamentally African social values. Sembène’s films are culturally rich and intellectually thought provoking and although he sometimes sparked controversy, he represented African cultures in inspirational and often prophetic ways.

Although Sembène’s central aim was to reach African audiences and encourage a dialogue within Senegalese society, his films are also extraordinarily effective in introducing non-African audiences to many of the most intriguing cultural issues and social changes facing African people today. The films are not fast paced in the manner of many Hollywood films. Rather, they are deliberately unhurried and driven by the narrative. They show actual ways of life, social relations, and patterns of communication and consumption, and the joys and tribulations of West African people. For people who have never been to Africa, the films offer an accessible first gaze. For those who have visited or lived in an African culture, the films provide a way to explore African society and culture more profoundly.

Sembène was an independent filmmaker, solely and totally responsible for the content of his films, which were inspired by the realities of daily life. This focus on microcosmic social relations and day-to-day politics is so central to Sembène art, his films breed provocative commentary on social, historical, political, economic, linguistic, religious, and gender issues relevant to Senegalese society. Because of his concern with daily Senegalese life, Sembène targeted the common people whose voices are seldom or never heard. In fact, depicting the struggles and concerns of average Senegalese people was a central preoccupation of his films, as he himself has articulated.

This study examines the artistry of Sembène’s films as well as the multitude of signifying elements Sembène uses in them to communicate in less direct ways with his audience. The book interprets the meaning conveyed by images through their placement and function within the films, and it contributes new insights into Sembène’s interpretations of cultural practices and the meanings he ascribes to social behaviors. It examines how Sembène uses language, mise-en-scène, cinematography, and creative editing to evoke the emotions of his targeted audience. Several chapters in the volume also demonstrate how the many ironies and political economic tensions that are so characteristic of Sembène's work are best understood within the sociocultural context of each film’s production. Hence, to make sense of Sembène’s cinema, one must be willing to read beyond the denoted meaning of the storyline and to dig into the cultural significance of the carefully selected and manipulated codes and images.

For those who wish to adopt this book for their courses, the author, Professor Amadou Fofana, has also provided a helpful list of discussion questions for each chapter in the book.

"Because Sembène was a major and visionary political artist—one who, shockingly, remains at risk of being forgotten—his legacy deserves still more examination. And so it is gratifying to discover Amadou T. Fofana’s The Films of Ousmane Sembène: Discourse, Politics, and Culture, a thoughtful, well-argued, and admirably accessible introduction to the groundbreaking works by “the father of African cinema.” A professor of French at Willamette College in Salem, Oregon, Fofana has created an overview that illuminates key themes and contexts through a close reading of Sembène’s works. Though his book’s ostensible focus is cinema, Fofana has crafted a broader examination of history, politics, and culture that will be of particular interest to students in African studies and film studies programs, and to a general audience with an interest in Black cinema and art and resistance movements.—Black Camera

“Speaking from both the heart and the mind, Amadou T. Fofana offers a perceptive and thought-provoking interpretation and analysis of Ousmane Sembène’s films. Each chapter provides an insightful examination of the complex correlation between Sembène’s personal life experiences and the social, political, and intellectual conditions that inspired his films. Professor Fofana artfully weaves together a close and balanced reading of Sembene's films with a wealth of astute new insights concerning the filmmakers' representation and treatment of Africanpeoples and cultures. A particularly valuable addition to this volume is its appendix which presents synopses of each film. The volume will enhance African film enthusiasts' appreciation for Sembene’s films. It will also inspire newcomers who yearn to plunge into an intellectually stimulating cross-cultural experience. This book is a major contribution to African cinema scholarship, African literature and cultures, and African studies more broadly. It is a must read!” —Mbye Cham, Professor and Chair, Department of African Studies, Howard University

Amadou T. Fofana is the chair and associate professor of French at Willamette University. He received a Licence es Lettres and a Maîtrise in English from Cheikh Anta Diop University, Dakar, Senegal. Dr. Fofana also received an MA in French Literature and Civilization from Michigan State University and a PhD in African Languages and Literature from the University of Wisconsin–Madison.