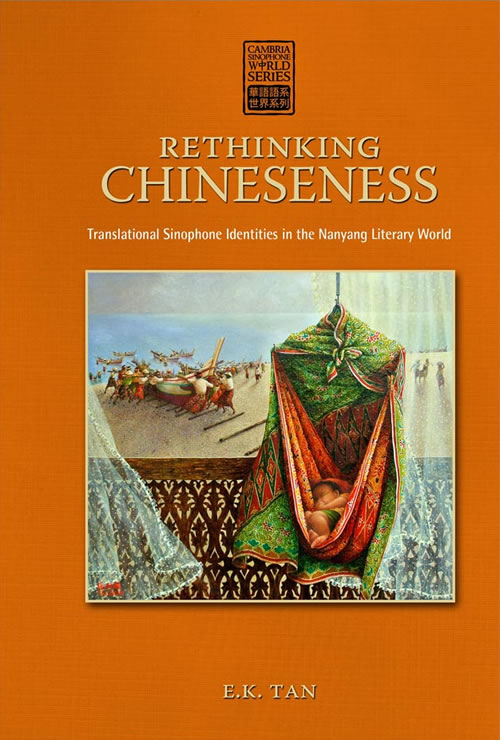 This is the first book devoted to Sinophone Southeast Asian literature in the English-speaking world. Conceptually innovative and flawlessly written, this book makes an important contribution ... Anyone interested in questions of identity calibrated through such vectors as language, culture, history, geography, and nationality will find this book to be extremely valuable. This is an impressive accomplishment.” – Professor Shu-mei Shih, University of California at Los Angeles

This book examines the relationship between the Nanyang Chinese, their original homelands (Borneo, Malaysia and Singapore) and their imaginary homeland (China) through the works of writers such as Kuo Pao Kun, Chang Kuei-hsing, and Vyvyane Loh. The increasing international scholarly interest in works by these individuals——part of an ever-growing Sinophone canon——draws critical attention to the politics of identity formation and transnational discourses of ethnicity and identity. Although these works and concomitant discourses have generated a great deal of interest in Asia, they remain largely unexplored in English-language scholarship. While many scholars such as Ien Ang, Quah Sy Ren, Philip Kuhn, Ng Kim Chew, Aihwa Ong, Shu-mei Shih, Tee Kim Tong, Jing Tsu, David Der-wei Wang, Wang Gungwu, and Zhu Chongke have contributed to the field, there is still a great disparity between both the primary and secondary literature written in Chinese and English. To expand the scope of discussion on Sinophone studies with a focus on the Nanyang Chinese, Rethinking Chineseness creates a dialogue by breaking down the linguistic boundaries between these critical discourses.

In recent years, scholars in anthropology, cultural studies, literature, and sociology have critically examined Sinophone communities as part of Chinese diaspora and Chinese overseas studies. Focusing on the triangular relationship among globalization, transnationalism and diaspora studies, these scholars tend to assume that Sinophone experiences are similar across culture, history, ethnicity and gender, neglecting the uniqueness of individual Sinophone communities. Rethinking Chineseness addresses this oversight by adopting the Sinophone as a critical concept to investigate the unique experience of the Nanyang Chinese within the context of literary studies.

The concept of Chineseness has arisen as a topic widely discussed and debated among scholars such as Ien Ang, Rey Chow, Allen Chun, Shu-mei Shih, Wei-ming Tu, Wang Gungwu and Ling-chi Wang for the past two decades. As a project that takes as its objective a rethinking of the meaning of Chineseness in the context of the Nanyang Chinese, Rethinking Chineseness addresses Chineseness as a theme that poses a problem to scholars involved in Ethnic and Area studies via the critical concept of the Sinophone. The investigation of the productivity of the Sinophone in evaluating the notion of Chineseness is to foreground the significance of the Nanyang Chinese writers and their works within the larger scope of representation in the global cultural experience of Sinophone communities. As cultural products, their works directly and also symptomatically tackle questions relating to Sinophone identities in a less metaphysical but phenomenological sense.

"The first English-language monograph centering on late twentieth- and early twenty-first century Sinophone Southeast Asian literature, and in particular that of Singapore and Malaysia, E. K. Tan’s interdisciplinary Rethinking Chineseness: Translational Sinophone Identities in the Nanyang Literary World makes important contributions to Sinophone studies, Chinese studies, and Southeast Asian Studies, as well as to scholarship on diaspora, comparative literature, and world literature. Well-written and researched, Tan’s volume focuses on the relationship among the Nanyang Chinese, their original homelands of Borneo, Malaysia, and Singapore, and their imaginary homeland of China, through the writings of Kuo Pao Kun, Chang Kuei-hsing, and Vyvyane Loh, all of whom have been neglected in English-language scholarship." —Karen Thornber, MCLC

"Deftly bridges the divide [between social science and humanities scholarship]... This meticulous study potently justifies its research rationale and repeatedly enhances the conversing space of the studied topic with insights from other fields. ... The book is significantly contributive in its scrupulous theoretical mapping of Sinophone genealogy and its detailed close-readings of the selected literary texts and practices. It skillfully investigates three writers of different generations and backgrounds, a cross-boundaries research perspective that uses impressive conceptualization and sufficient contextualization to essentially strike at the core of Sinophone notions and concerns. Although its approach is primarily rooted in literature and culture studies, it is definitely worth reading for anyone interested in Southeast Asian studies, area studies, or Chinese studies." —Southeast Asian Studies

“Rethinking Chineseness: Translational Sinophone Identities in the Nanyang Literary World is the first book devoted to Sinophone Southeast Asian literature in the English-speaking world. Conceptually innovative and flawlessly written, this book makes an important contribution not only to the emergent and growing field of Sinophone studies, but also to Southeast Asian studies, Chinese studies, comparative literary studies, diaspora studies, and minority and multicultural studies. Anyone interested in questions of identity calibrated through such vectors as language, culture, history, geography, and nationality will find this book to be extremely valuable. This is an impressive accomplishment.” – Professor Shu-mei Shih, University of California at Los Angeles

“E. K. Tan has done magnificent work in rethinking literary and cultural politics in the context of Sinophone articulations. In Rethinking Chineseness he looks into sources drawn from the Sinophone communities in Southeast Asia, identifies indigenous and diasporic contestations, and teases out the radical elements in the contemporary debate about Chinese identities. Both historically engaged and theoretically provocative, Tan’s book is a most important source for anyone interested in Chinese and Sinophone literary and cultural studies.” — Professor David Der-wei Wang, Harvard University

“With his illuminating historical and theoretical mapping of the concepts, from Overseas Chinese to Chinese Diaspora, Chineseness to Sinophone, E.K. Tan has done a brilliant job in this highly challenging, interdisciplinary project by weaving together discourses in various academic fields and providing an integrated cross-referential discussion. His selection of works by Singaporean and Malaysian writers fills in glaring gaps and further contributes to the richness and complexities of the notion of Sinophone literature and culture. It is a definitive basic reference in this field.” – Professor Quah Sy Ren, Nanyang Technological University, Singapore