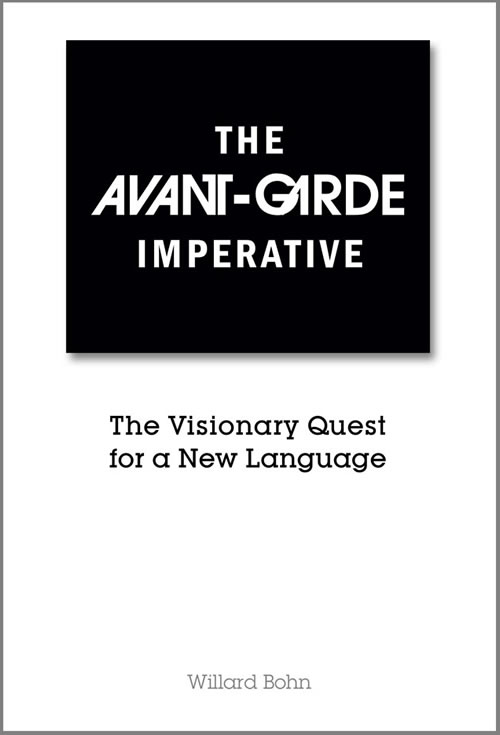 The Avant-Garde Imperative: The Visionary Quest for a New Language by Willard Bohn

As the twentieth century dawned, artists and writers became convinced that there was more to reality than physical appearance and turned their gaze inward and adopted a number of unconventional approaches. Paradoxically, considering that they strove to give a more faithful impression of reality, their experiments were overwhelmingly anti-realistic. This book illuminates this period of modern aesthetics. It will appeal not only to scholars of twentieth-century literature but also to those working in the field of modern art.

As the twentieth century dawned, artists and writers increasingly felt that realistic themes and realistic techniques were inadequate to address the human condition. Convinced that there was more to reality than physical appearance, they turned their gaze inward and adopted a number of unconventional approaches. Paradoxically, considering that they strove to give a more faithful impression of reality, their experiments were overwhelmingly anti-realistic. Some artists and writers, such as the cubist and the futurist poets, subverted traditional rhetorical devices. Others, like the cubist and the metaphysical artists, invented new spatio-temporal constructions. Some individuals, including the cubists and futurists, borrowed freely from other disciplines. Others, especially the dadaists and the surrealists, cultivated nonsense and illogicality. Focusing on basic principles and drawing on their personal experience, poets and painters writers began to explore subjective reality, which proved to be far more interesting than its objective counterpart.

As they soon discovered, the quest for a new reality required the creation of a new language that could express that reality. Each goal was inextricably bound up with the other in a relationship that was fundamentally reciprocal. Artists and writers searched for a language that would express the complexity of the modern world while revolutionizing traditional aesthetics. Visual imagination demanded linguistic innovation and vice versa. Language and vision were entwined in a double helix like a strand of DNA. Rather than opposite sides of the same aesthetic coin, they represented complementary ways of processing experience. So important were vision and expression to the vanguard enterprise that this double quest soon became obligatory--an “avant-garde imperative.” Eager to attract attention, artists and writers struggled to be on the cutting edge. Keen to impress publishers, dealers, and colleagues, they dressed original ideas in striking new clothes. The insights, impressions, and ideas generated by contemporary technological developments demanded to be expressed in a brand new language. As poets and painters strove to create such a language, however, they discovered that this activity also provided them with new insights, impressions, and ideas. By expanding the ability of language to express the tremendous complexity of modern life, they hoped to overcome this complexity by inventing new ways of thinking about the world and of interacting with it.

To be sure, the search for an alternate means of expression assumed many different guises over the years. Each of the individuals examined in these pages struggled long and hard to discover a suitable vehicle for his or her voice. Each searched for a radical new art form that, in addition to expressing his or her personal vision, would transform the way we view things. Besides poets and painters, to be sure, the avant-garde included numerous people associated with other disciplines. Dancers, choreographers, musicians, composers, film makers, theater directors, scenographers, art dealers, playwrights, actors, critics, and publishers all contributed to the heady mix. While freely acknowledging their important contributions, the present study concentrates on art and literature, which, as the volume demonstrates, evolved along parallel lines. Although writers and artists mostly worked in radically different media, which partially determined what they could accomplish, they shared the same goals. In their quest for new domains to explore, they developed anti-realistic strategies that would revolutionize modern aesthetics.

The Avant-Garde Imperative is an important volume for anyone interested in modern aesthetics. It will appeal not only to scholars of twentieth-century literature but also to those working in the field of modern art.

Willard Bohn is Distinguished Professor Emeritus of French and Comparative Literature at Illinois State University. He received a PhD in French from the University of California at Berkeley, where he also obtained degrees in English and comparative literature. An active scholar with an international reputation in a number of different fields, Dr. Bohn is the author of one hundred and fifty-eight articles and fourteen books, including The Aesthetics of Visual Poetry, The Dada Market, Apollinaire and the International Avant-Garde, The Rise of Surrealism, and Italian Futurist Poetry.