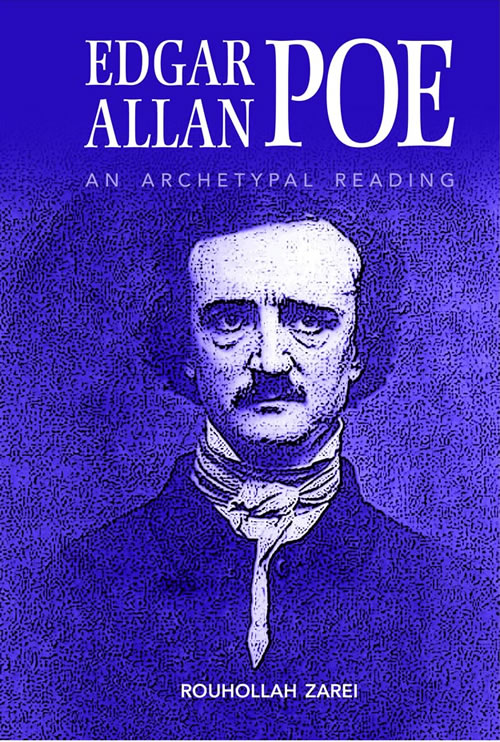 This book takes the confident critical stance of resisting being limited by a singular--Jungian–-approach, even though this would have been a convenient, even expected, route to take. Instead, Poe is studied from an archetypal perspective. This approach is also used to deal with symbols in a framework, but the structure is more extensive because it attempts to address symbols not as symptoms in pathological cases but as normal phenomena in life.

Edgar Allan Poe is a Romantic writer whose main aim in writing even in his so-called Gothic tales has been the deciphering of the soul and a fascination with the workings of the unconscious. As a post-enlightenment believer in the language of dreams, he experimented new ways of discovering the self. His practice shared a lot with and provided a rich soil for what was to be called analytical psychology.

Edgar Allan Poe: An Archetypal Reading, while ostensibly attempting to read Poe’s writings by way of archetypal models, takes the confident critical stance of resisting being limited by a singular--Jungian–-approach, even though this would have been a convenient, even expected, route to take. The psychological or Freudian approach, which provides one major framework of interpreting symbols, has already been applied to Poe, with its own contribution and limitation, but in this book Poe is studied from an archetypal perspective. This approach is also used to deal with symbols in a framework, but the structure is more extensive because it attempts to address symbols not as symptoms in pathological cases but as normal phenomena in life.

In a critical climate that sees scholarship mired in the feet-dragging obsession with arriving at ‘originality’ and theoretical novelty, the present book’s ability to retain its critical focus is evidence of a disciplined scholarly mind. Zarei carefully acknowledges the tradition out of which the adopted methodology emerges, and he is also mindful of the complexities and problematics that form a kind of critical baggage. The book navigates this complicated discourse with ease which is a testament of the author’s mastery over the subject, as well as the primary material.

The introductory chapter is convincing in its description of the “archetypal” approach, presenting its relationship to other, similar critical modes and therefore addressing the criticism that such an approach is old-fashioned. The organization of the book by aspects of the mythic tradition—-heroism, journey and return—-reinforces its purpose; these thematic elements apply to virtually the whole history of narrative writing. Therefore, the analysis locates Poe in a mythic-epic tradition rather than merely pointing out archetypal elements to a less clear purpose. Cultural and political concerns are incorporated persuasively into the argument.

The choice of primary material covers the range of Poe’s writings and provides an accurate representation of his body of work as they are mapped onto the archetypal models proposed in this book, thereby validating the models as more than mere conceptual ideas.

The book makes a substantial contribution because it will be helpful to anyone interested in post-Jungian readings of Poe. Given that a substantial cohort of Poe critics employ psychoanalytic techniques, largely Freudian, these chapters should be a useful edition to the accumulated wisdom about an American Romantic author.

Edgar Allan Poe: An Archetypal Reading is a useful addition to collections in American literature.

"Rouhollah Zarei presents a compelling case for the inclusion of Jungian and Post-Jungian perspectives in literary criticism alongside other psychoanalytic traditions. He is greatly aided in this by his careful reading and deep knowledge of both Jung and other post-Jungian authors. But the favour is gracefully returned. Our very understanding of archetypal theory has to change after reading this fine and original application to Poe. Literature transforms psychology just as emphatically as psychology informs literature."
- Andrew Samuels, Professor of Analytical Psychology and Jungian Studies, University of Essex, UK

Rouhollah Zarei is an assistant professor of English at Yasouj University, Iran. He holds a PhD from the University of Essex, an MA from Allameh Tabataba’i University, Iran, and a BA from Shiraz University, Iran. Professor Zarei’s publications include “Axes of Evil Live Evermore: Brother Poe in Iran,” in The Edgar Allan Poe Review, “Allegory: A Spiritual Journey” in Spirituality: New Reflections on Theory, Praxis and Pedagogy, and “The Hidden Half: Studying the Shadow in Edgar Allan Poe” in Seductive Concepts: Perspectives on Sins, Vices and Virtues. His forthcoming works include a translation of Ramon Llull’s The Book of the Lover and the Beloved into Persian as well as a coauthored work with Professor Roger Sedarat that involves the translation and analysis of a selection of poems by modern Persian poet Nader Naderpour.

Chapter 4: The Strange Webwork of Consistency