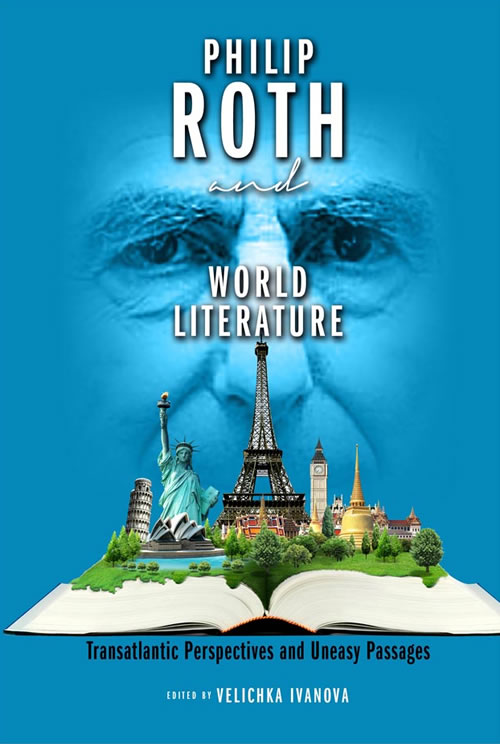 Far from insular, Roth’s work appears as deeply rooted in the American canon while at the same time showing a remarkable openness, a persistent need for contact with his European forebears, and true engagement with contemporary world literature. A book like this is long overdue because not many are aware of the numerous intersections between Philip Roth’s fiction and world literature.

Philip Roth is among the most critically acclaimed and widely read contemporary American writers. Considered as one of the masters of the art of the novel, he is also known for his engagement with and advocacy for the fiction of other writers. This important aspect of his work, although recognized by many critics, has consistently been ignored by others, until the very recent attribution of the 2013 PEN/Allen Foundation Literary Service Award. The award promotes an understanding of Roth as a highly literary and referential writer in continuation of a trend in criticism which, from the beginning of his career, has consistently attempted to read his fiction in dialogue with other fiction. Such a critical stance, however, stands in stark contrast to that which, traditionally, emphasizes Roth’s self-isolation from world literature. It is against this backdrop of critical discussion and in consonance with the former stance that the contributors to this collection seek to broaden an understanding of Roth’s fiction and to place him within both his national and international contexts of prior and contemporary writers.

A book like this is long overdue because not many are aware of the numerous intersections between Philip Roth’s fiction and world literature. In highlighting these intersections and uneasy passages, this comparative approach offers an important contribution to Philip Roth studies as well as to comparative literary study in general. It builds on previous comparative scholarship on Philip Roth and seeks to broaden even further the crossings and concepts through which comparisons can be made and sustained. It covers new authors from world literature and extends analysis of previously studied authors. The fourteen chapters on this book summon Roth’s intertextual links to authors ranging from the anonymous writer of the medieval play Everyman, through Thoreau, Hawthorne, Crane, Ellison, Coover, and the New York intellectuals in the United States, to Swift, Chekhov, Svevo, Kafka, Schulz, Gombrowicz, Camus, and Klíma in Europe, and on to Coetzee in South Africa. The book does not deal with all the works in Roth’s canon, but it offers a selection of works representing the different stages of Roth’s development as a writer, from his much-discussed works in the 1970s Portnoy’s Complaint and The Professor of Desire, to his engagement with the literature of Central Europe in the 1970s and 1980s, to the great works of the 1990s Sabbath’s Theater and the American trilogy, on to the later works Everyman and Exit Ghost. In addition, the book also examines texts which seem to have received less critical attention, such as the political satire Our Gang, Roth’s conversation with Ivan Klíma published in Shop Talk, and the epilogue to Zuckerman Bound––The Prague Orgy––which is rarely studied for itself. The aim of this book is not to force Philip Roth into systematic alignment with other writers but rather to be sensitive to the ways in which he responds to his precursors and contemporaries. Philip Roth and World Literature: Transatlantic Perspectives and Uneasy Passages is the first book-length study to examine Philip Roth and his works in this context.

Having adopted the transatlantic as a framework through which Roth’s body of work can be explored, the book expands the understanding of Roth’s connections with the literary canon from American literature to European and world literature. In this way, the book pushes the edges of the transatlantic further to highlight Roth’s sympathy for and resistance to powerful earlier and contemporary modes of writing on both sides of the Atlantic and beyond. Each section of the book locates aspects of Roth’s fiction in an expanded literary space that unsettles assumptions of his so-called parochialism.

The book illustrates some of the various comparative perspectives from which Roth’s work may be viewed. It brings into a dialogue a number of voices on both sides of the Atlantic with the aim to show that, like Roth’s fiction itself, literary scholarship on him is not self-enclosed and unitary. Of particular interest are the chapters by those outside of the United States who bring different interpretative frameworks into the existing traditionally North American scholarly criticism on Roth. By offering new readings of both well-studied and lesser-studied works, sometimes in unexpected company, the book discloses the critical difference that comparative scholarship can affect. The uneasy passages the book opens will not exhaust the numerous intersections between Roth and the work of other writers. The book’s contribution is to place Roth’s fiction firmly in a larger transnational context. Far from insular, Roth’s work appears as deeply rooted in the American canon while at the same time showing a remarkable openness, a persistent need for contact with his European forebears, and true engagement with contemporary world literature.

Philip Roth and the Zuckerman Books

Chapter 3: The Frontier, the Dreamer, and the Dream (Theodora Tsimpouki)

Chapter 5: “Within a Year My Passion Will Be Dead” (Gustavo Sánchez-Canales)

Part 3: The Experience of Prague and Central Europe