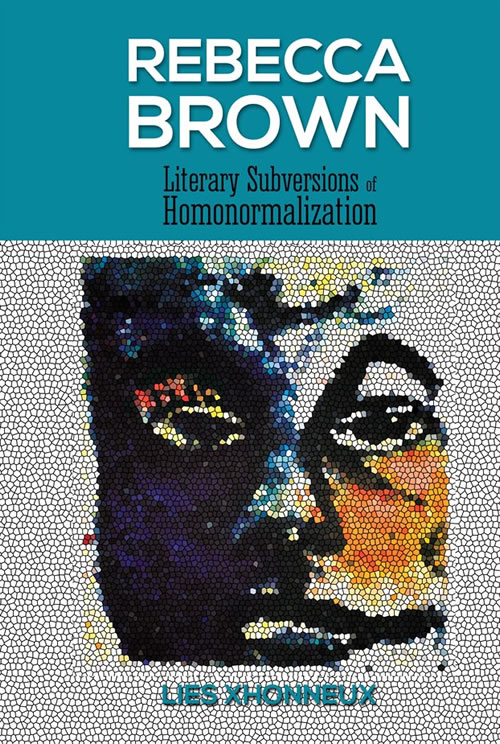 Rebecca Brown has been dubbed “the great secret of American letters.” This Seattle-based lesbian author is especially known for being a writers’ writer, although her award-winning and widely translated book The Gifts of the Body is popular with an international reading audience. Her writings form a fascinating countervoice to the current trend of homonormalization. This book is the first study to examine the entire oeuvre of Rebecca Brown.

Rebecca Brown has been dubbed “the great secret of American letters.” This Seattle-based lesbian author is especially known for being a writers’ writer, although her award-winning and widely translated book The Gifts of the Body is popular with an international reading audience.

Brown’s powerful, original, and extremely diverse oeuvre contains collections of essays and short stories, a modern bestiary, a fictionalized autobiography, a memoir in the guise of a medical dictionary, a libretto for a dance opera, a play, and various kinds of fantasy. Brown has a uniquely recognizable voice, writing as she does in a stark style that combines the minimalism of her literary ancestor Samuel Beckett with some of the incantatory rhythms of Gertrude Stein and the dark humor of Franz Kafka. Brown has been praised as an important source of inspiration by several contemporary authors such as the acclaimed Scottish writer Ali Smith.

Unlike her more illustrious lesbian colleagues Sarah Waters and Jeanette Winterson, Rebecca Brown has been working in the shadows for the past thirty years to compose a challenging and highly rewarding oeuvre. Her writings form a fascinating countervoice to the current trend of homonormalization. Brown’s unapologetic representations of violent or imbalanced same-sex relations and communities, as well as her fictional engagement with a history of homosexual stigmatization (and its continuation into the present), are of great cultural significance.

Yet academic investigations of her oeuvre are still largely lacking. Thanks to its analysis of identities and identifications, this book covers the main areas that are of interest when studying Brown’s oeuvre: the spheres of the social and the historical. In addition, the book reveals how literary texts like Brown’s can resonate, substantiate, and inflect queer theory as well as social and psychoanalytic theories on (gendered or sexual) identifications.

This book is the first study to examine critically the entire oeuvre of Rebecca Brown. It approaches Brown’s work from the perspective of queer theory and social theory on identities and identifications. This framework is supplemented with critical appropriations of classic psychoanalytic thinking on the related concepts of incorporation, melancholia, and narcissism. A number of critics have recently sought to redefine theories on social identity-construction by shifting the debate from the notion of identity to the more dynamic concept of identification. Such theories benefit from a concerted attention to literary texts that embody identification processes, put them to the test, and make them tangible.

Brown’s closely considered writings offer an unusually rewarding case study in this respect, and require attention to both the spheres of the social and the historical. The book explores the processes of identity formation in Brown’s work in two social contexts: that of biological and queer kinship. It examines Brown’s demythologization of the nuclear family and argues that in the context of queer kinship, too, Brown’s presentations take the form of a critical examination (tackling taboo subjects such as identity-formation in positions of extreme dependency). The book also explores the historical identifications taking place in Brown’s oeuvre, addressing their autobiographical nature and contesting a reading of Brown’s characters as traditional “minority subjects” in full possession of their life stories.

This is an important book for research on women writers, queer studies, and contemporary literature.

Lies Xhonneux holds a PhD from the University of Antwerp, Belgium. She has previously published in several journals such as Critique, Women’s Studies, College Literature, and The European Journal of Life Writing. Dr. Xhonneux has also contributed a chapter to Jennifer Cooke’s Scenes of Intimacy.

Part One | Identification in the Social Realm: Kin, Community, Care

Chapter 2. Queer Kinship and Its Limits

Introduction: Looking Back, Moving On

Chapter 4. An Interrelation between Public and Private Past

Chapter 5. An “Other” Public History