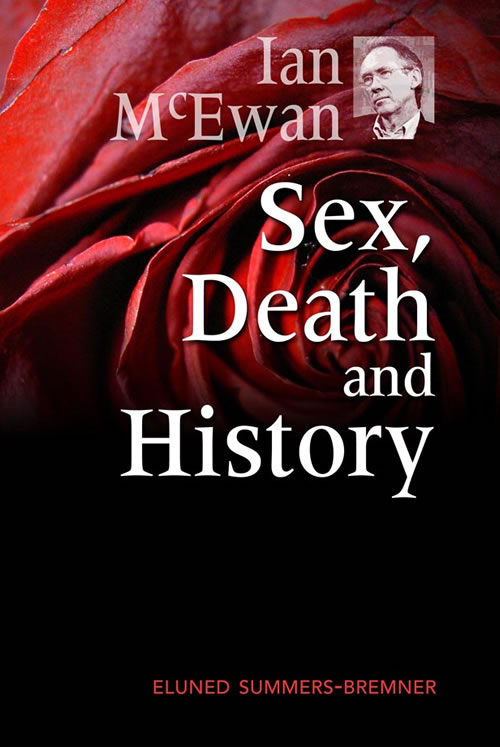 This book casts light on how despite Ian McEwan's commitment, by and large, to naturalistic means of telling a story, his later novels also demonstrate a concern with opacity, as characters often pursue courses of action for reasons that are unclear to them. It is this focus on enigma in McEwan’s work, whether sexual, mortal, or historical, that lends it to a psychoanalytic reading such as the kind pursued in this book.

This book is in the Cambria Contemporary Literature, Film, and Theory Series by Neil Murphy (Nanyang Technological University, Singapore).

Ian McEwan’s works have always shown an interest in the question of how fiction operates. This interest does not usually manifest on the formal level. A few of the early stories aside, his fictions are not formally experimental. McEwan tends to opt for those reliable patternings of space, time and narrative progression that enable readers to trust the authorial environment sufficiently to identify with characters and become invested, to some extent, in what happens to them.

Readers frequently enter the mind or consciousness of a central character—that of Stephen, in The Child in Time (1987), when he realizes he has lost his daughter at the supermarket, or Joe’s, in Enduring Love (1997), when he helps saves a boy in a balloon from dying—and observe the decisions they make and the actions that follow from them. Nonetheless, McEwan’s early stories and first two short novels of the 1970s and early 1980s, The Cement Garden (1978) and The Comfort of Strangers (1981), in particular, contain characters who resist readerly identification.

Despite McEwan’s commitment, by and large, to naturalistic means of telling a story, his later novels also demonstrate a concern with opacity, as characters often pursue courses of action for reasons that are unclear to them. Equally often, these actions bear some relation to the intrinsic opacity or enigma of one’s sexual desires, one’s relation to one’s mortality, or one’s relation to the actions of those human beings who have gone before one, as this book will show.

It is this focus on enigma in McEwan’s work, whether sexual, mortal, or historical, that lends it to a psychoanalytic reading such as the kind pursued in this book, because for psychoanalysis there is no such thing as full access to one’s self or to one’s feelings or motivations.

Given that one’s relation to history is also opaque in the sense that one grasps fully—or imagines one grasps fully—only those historical events which predate or otherwise excludes one, this study seeks historical reasons for why McEwan sometimes blocks readerly identification with characters in the early fiction. For these characters are also products of their environments, environments which the characters’ relative opacity and unlikeability seems to offset and exaggerate or present in a manner showcased for one's judgment. And in this way the characters’ environment is denaturalized, to say the least.

This book reveals how all of these works explore, to some extent, the human tendency to act and feel, in particular situations, in profound contradistinction to how one might prefer to think one would. This failure to coincide with one’s image of how one would have expected, or preferred, to behave—The Innocent’s Leonard Marnham is not the cool, experienced lover of his imaginings, any more than Solar’s Michael Beard is going to revamp his lifestyle or career—produces instances of affective or imaginative excess, troubling images or feelings that can often only be allayed or dealt with by a further failure to coincide with one’s desires.

In this book, author Eluned Summers-Bremner shows that McEwan’s interests in opacity not only become clear in significance and import but that his interests in human failure to coincide with one’s views about the past and hopes for the future also appear as what they are: an ongoing concern with how one relates to the complex operation of human history.

Eluned Summers-Bremner is a senior lecturer at the University of Auckland. Dr. Summers-Bremner is the author of Insomnia: A Cultural History, which has been translated into six languages. In 2010 she was awarded a three-year Royal Society NZ Marsden Fund grant to research and write a book called Beyond the Blitz: Trauma and British Fiction, 1939-1950, a reading of such British wartime writers as Elizabeth Bowen, Patrick Hamilton, James Hanley, Elizabeth Taylor and Henry Green, in the context of the wartime diaries collected by the pioneering social research group Mass Observation. She also has a forthcoming book titled A History of Wandering.

Chapter 1. Deadly Enjoyment: The Short Fiction and The Cement Garden

Chapter 2. Traumatic Events: The Comfort of Strangers and The Child in Time

Chapter 5. The Letter and the Voice: Atonement and Saturday