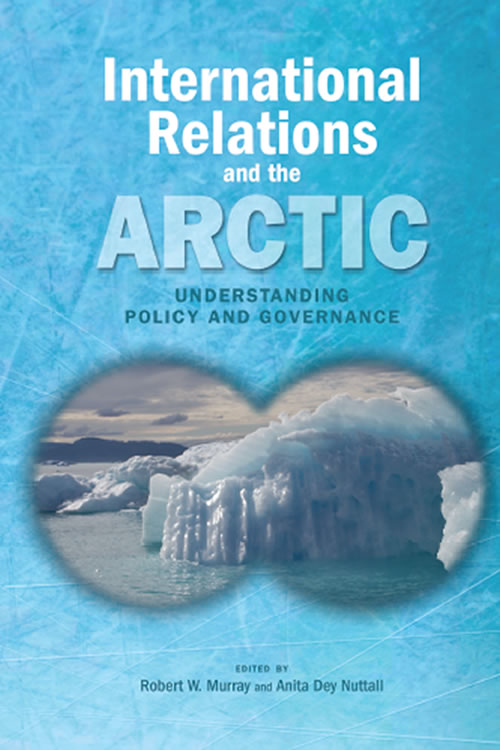 "This is a fantastic and elaborate collection ... this book is right on time. ... The good news about the present volume is that it does not simply treat the region as just another case of the appplication and replication of paradigmatic international relation (IR) theories. Rather, the book shall "throw light on how the Arctic as an area of study contributes to the IR discipline.' The contributors have done a great job doing so and their efforts will be of great interest to both the Arctic studies community and IR scholars." - Polar Record

Increased global interest in the Arctic poses challenges to contemporary international relations and many questions surround exactly why and how Arctic countries are asserting their influence and claims over their northern reaches and why and how non-Arctic states are turning their attention to the region.

Arctic international relations are a complex of political, economic, development and militaristic dimensions. Throughout the tense years of the Cold War, the Arctic was a region of symbolic military competition between the United States and Soviet Union, but served little practical purpose in the affairs of states. The thaw in relations between the two superpowers was equaled by a thaw in the polar ice caps, and suddenly there was an opportunity for states to assert their claims of national sovereignty over areas in the high north previously considered inaccessible.

Analyzing Arctic international relations and politics requires a diverse approach. A first consideration is that there is no singular method of understanding or explaining issues in the Arctic, and studying its politics involves a multidimensional theoretical comprehension. Various theories of international relations can be applied to explain better how and why states and institutions pursue Arctic interests and how these pursuits can sometimes lead to cooperative solutions while others may lead to conflictual responses.

Secondly, it is vital to examine the policies of the eight Arctic states, as well as those states that do not border the Arctic but have very clearly defined it as an area of importance. The Arctic states, namely Canada, Russia, the United States, Denmark, Iceland, Norway, Sweden and Finland are a mix of small, medium and major powers that seek to stake their claims in the Arctic for very different reasons. Each are influenced by historical, cultural, political, economic and security calculations and as such, there is no uniform approach to Arctic affairs by the eight Arctic states. Other non-Arctic states, most notably China, India and the United Kingdom have demonstrated interest in the region and have begun to assert their influence over Arctic international relations as well.

Lastly, the role of various institutions and governing bodies cannot be understated in attempting to sort through various sovereignty claims in the Arctic. The United Nations, the Arctic Council, the European Union, as well as indigenous peoples’ organizations and the international law framework all have an impact on circumpolar politics. These institutions, whether formal organizational structures or normative institutions, serve to settle disputes, pacify relations, and help to ensure the various stakeholders in the region receive fair treatment.

Taken together, the theoretical elements, the state policy aspects and the institutional variables all paint a picture of a region undergoing revolutionary transformation. In this context, the international relations of the Arctic will be pivotal both now and in the future in evaluating global political affairs.

Despite the inescapable reality in the growth of interest in the Arctic, relatively little analysis on the international relations aspects of such interest has been done. Traditionally, international relations studies are focused on particular aspects of Arctic relations, but to date there has been no comprehensive effort to explain the region as a whole. Literature on Arctic politics is mostly dedicated to issues such as development, the environment and climate change, or indigenous populations. International relations, traditionally interested in national and international security, has been mostly silent in its engagement with Arctic politics. Essential concepts such as security, sovereignty, institutions, and norms are all key aspects of what is transpiring in the Arctic, and deserve to be explained in order to better comprehend exactly why the Arctic is of such interest. The sheer number of states and organizations currently involved in Arctic international relations make the region a prime case study for scholars, policymakers and interested observers.

In this first systematic study of Arctic international relations, Robert W. Murray and Anita Dey Nuttall have brought together a group of the world’s leading experts in Arctic affairs to demonstrate the multifaceted and essential nature of circumpolar politics. This volume successfully presents the reader with the theoretical tools necessary to approach the study of the Arctic, comprehensive studies of the policies of the eight Arctic states, an introduction to those non-Arctic states pursuing Arctic goals of their own, and the various institutional bodies and frameworks that address Arctic issues.

The arguments and research presented by the collection of impressive scholars are not reduced to one ideological outlook nor are they driven by a political agenda. Each chapter presents the reader with something new, interesting and valuable. Together, they paint a picture of a region undergoing profound change both politically and environmentally, and serve to map ways forward to a new and sophisticated understanding of Arctic international relations.

International Relations and the Arctic is core reading for political scientists, historians, anthropologists, geographers and any other observer interested in the politics of the Arctic region.

"This is a fantastic and elaborate collection ... this book is right on time. ... The good news about the present volume is that it does not simply treat the region as just another case of the application and replication of paradigmatic international relation (IR) theories. Rather, the book shall "throw light on how the Arctic as an area of study contributes to the IR discipline.' The contributors have done a great job doing so and their efforts will be of great interest to both the Arctic studies community and IR scholars." - Polar Record

“This is definitely a timely contribution to the literature and field of international relations. It introduces IR theory to the study of ‘Arctic change’ while focusing on behaviours and agendas of state and non-state actors in and around the circumpolar world. At a time when the Arctic Council embarks in its second cycle of chairmanships and opens up its circle of observers to Asian states and other actors, Murray and Dey Nuttall bring together world-class authors who offer a genuine and sometimes provocative look at how security and political environments are evolving throughout the Arctic.” – Joël Plouffe, CIRRICQ, École nationale d’administration publique; and managing editor of the Arctic Yearbook; and CDFAI Fellow

Anita Dey Nuttall is associate director of the Canadian Circumpolar Institute at the University of Alberta. She studied history at Delhi University and undertook graduate work in international relations at Jawaharlal Nehru University, New Delhi. She holds a PhD in polar ecology and management from the Scott Polar Research Institute, University of Cambridge. Her research focuses on the interface between science and politics in the Polar Regions. In particular, she works on Canada’s approach to Antarctica, Canada’s strategy for polar science and its place in national science policy, India and Antarctica, and the geopolitics of the Nordic Arctic states. She is Chair of the Canadian Committee on Antarctic Research of the Canadian Polar Commission.

Clive Archer is an Emeritus Professor and Jean Monnet Ad Personam Professor in the Department of Politics and Philosophy, Manchester Metropolitan University, U.K.

Alyson J. K. Bailes is Visiting Professor at the University of Iceland, Reykyavik.

Betsy Baker is Associate Professor and Senior Fellow for Oceans and Energy at Institute for Energy and the Environment, Vermont Law School, U.S.A.

Margrét Cela is Project Manager at the Centre for Arctic Policy Studies, University of Iceland.

Guy-Serge Côté is a part-time professor at the School of Political Studies, University of Ottawa, Canada.

Piotr Graczyk is Research Fellow at the Department of Sociology, Political Science and Community Planning, University of Tromsø, Norway.

Klaus Dodds is Professor of Geopolitics in the Department of Geography, Royal Holloway, University of London, U.K.

E. Carina H. Keskitalo is Professor of Political Science in the Department of Geography and Economic History, Umeå University, Sweden.

Lassi Heininen is Professor of Arctic Politics in the Faculty of Social Sciences, University of Lapland, Finland.

Rob Huebert is Associate Professor in the Department of Political Science, and Centre for Military and Strategic Studies, University of Calgary, Canada.

Tom Keating is Professor in the Department of Political Science, University of Alberta, Canada.

W. Andy Knight is Professor and Director of the Institute of International Relations, The University of the West Indies, Trinidad.

Timo Koivurova is Research Professor, Director of the Northern Institute for Environmental and Minority Law, Arctic Centre/University of Lapland, Finland.

Mark Nuttall is Professor and Henry Marshall Tory Chair in the Department of Anthropology, University of Alberta, Canada; Professor of Climate and Society at Ilisimatusarfik/University of Greenland and Greenland Climate Research Centre, Greenland.

Matthew Paterson is Professor in the School of Political Studies, University of Ottawa, Canada

Philip E. Steinberg is Professor of Political Geography and Director of the International Boundaries Research Unit in the Department of Geography, University of Durham, U.K.

Matthew Weinert is Associate Professor in the Department of Political Science and International Relations, University of Delaware, U.S.A.

Chapter 12. Iceland: A state within the Arctic - Alyson JK Bailes and Margrét Cela

Chapter 13. The Arctic and the European Union - Clive Archer

Chapter 15. The future of the Arctic Council: Navigating between Sovereignty and Security - Timo Koivurova and Piotr Graczyk

Chapter 16. International Law and the Arctic: How territoriality, human rights and the environment can shape sovereignty - Betsy Baker

Chapter 18. A Work in Progress: the United Kingdom and the Arctic Region – Klaus Dodds