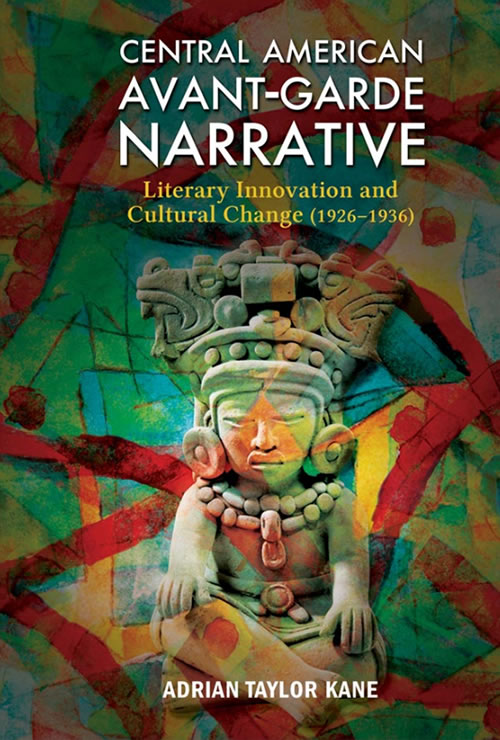 "This book is s an exemplary work of literary criticism that re-envisions the canon of Central American literature and is destined to set a new standard for ethical, comprehensive research... it elucidates very effectively the aesthetic divergences of literary works of the Latin American and European avant-garde." — Steven White, St. Lawrence University

This book analyzes the relation between cultural changes and experimental fiction written during the 1920s and 30s. This era, known in Latin America as the historical avant-garde, was characterized by a wave of literary and artistic innovation. By framing several Central American novels and short stories from this period within the highly dynamic political and intellectual cultures from which they emerge, this study analyzes the way in which novelists Miguel Ángel Asturias, Luis Cardoza y Aragón, Flavio Herrera, Rogelio Sinán, and Max Jiménez employ subversive narrative strategies that undermine previously dominant intellectual paradigms.

This study demonstrates how these writers undermine the conventions of nineteenth-century realism and naturalism through a variety of experimental narrative techniques while simultaneously rejecting the discourse of positivism. This had significant social implications given that positivism—the notion that true knowledge could only be obtained through observable scientific data—was abused by Latin American military dictators during the late nineteenth and early twentieth centuries as a means of oppressing indigenous groups and working-class citizens under the guise of social progress. This book thus argues that the use of experimental narrative strategies in these novels is not merely for the sake of artistic innovation, but, rather, that these literary works manifest a desire for modernization through social and cultural change. The study concludes by pointing to the undeniable influence that these authors have had on the trajectory of contemporary Central American fiction.

By identifying innovative Central American texts and demonstrating the ways in which they participate in the broader Latin American avant-garde movement, this study contributes to a more complete picture of this continental project of cultural renovation. The author challenges scholars to rethink the concept of the avant-garde as solely a group phenomenon, and establishes a direct link between literary experimentation and the cultural contexts of these Central American countries. This study contributes to recent scholarship that has emphasized the importance of this brief period of radical experimentation in the development of subsequent literary movements in Latin America and contributes to the ongoing dialogue in the humanities about the concept of modernity in relation to various forms of cultural representation.

"While other studies have centered on poetry and manifestos, in Central American Avant-Garde Narrative Kane turns to the genre of narrative fiction to trace the ways in which authors from the isthmus use European techniques of literary experimentation in the 1920s and 1930s to renovate cultural traditions at home. Cosmopolitan authors such as Luis Cardoza y Aragón, Miguel Angel Asturias, and Flavio Herrera (from Guatemala), Max Jiménez (from Costa Rica), and Rogelio Sinán (from Panama) creatively incorporate regional elements within broader, international artistic concerns as they apply locally.... Central American Avant-Garde Narrative fills gaps in the literary criticism of the region, it calls for a new approach to reading the works addressed and, at the same time, it provides a helpful review of particular strategies of innovation used in the avant-garde in general through the author’s close reading of the texts. ... Whereas in Europe avant-garde ideas emerge from, and are set against, a particular historical legacy, Kane reminds readers of the different circumstances in which Latin American authors take on the mandates of cultural movements that call for innovation rather than imitation. ... With an eye on these differences, Kane demonstrates how in Central America literature has played a crucial role in shaping the potential renovation of the human spirit within an incipient modernity." —Chasqui: revista de literatura latinoamericana

“It is entirely revitalizing to see a work devoted to the Central American avant-garde that both grounds its focus critically and keeps its focus on both the aesthetics and politics that grounded the literary production of the vanguardia in the early 20th century. A very welcomed addition to the corpus of writings on the avant-garde, valuable to students and scholars of Central American literature, and those studying the avant-garde from any region.” —A contra corriente

“Central American Avant-Garde Narrative is an exemplary work of literary criticism that re-envisions the canon of Central American literature and is destined to set a new standard for ethical, comprehensive research. Specialists and students, after reading this work, will have a clear understanding as to why prose fiction by certain lesser-known writers (Max Jiménez, Flavio Herrera and Rogelio Sinán) from this region needs to be rescued from oblivion and, concomitantly, why stories and novels by one of Hispanic America’s most accomplished authors (Miguel Ángel Asturias) should be reexamined with an innovative, interdisciplinary perspective. It also elucidates very effectively the aesthetic divergences of literary works of the Latin American and European avant-garde. Most importantly, readers will appreciate the author’s carefully crafted definitions of the basic terminology (positivism, modernismo, Surrealism, etc.) necessary for analyzing Central American avant-garde narrative and for coming to a fuller understanding (the best I have ever read!) of how and why Vanguardists rejected positivism’s racist, oligarchical values and incorporated surrealist techniques (in the case of Asturias) 'as a form of cultural exploration and continued resistance to the effects of colonialism' necessary 'to conjure complex realities of Guatemalan culture', especially with regard to this country’s indigenous population.” — Steven White, Lewis Professor of Modern Languages, St. Lawrence University; and editor of El consumo de lo que somos: muestra de poesía ecológica hispánica contemporánea

"This is the first book study on Vanguardia narrative of Central America in the early twentieth century, and an important addition to Latin American scholarship. Literary production in the 1920s is greatly overlooked due to international fanfare around the "Boom" of the 1960s, but in fact, avant-garde novelists influenced writers throughout the twentieth century. The chapters are very readable, and the introduction is an excellent critical guide for those unacquainted with this era." — Elizabeth Coonrod Martínez, Professor and Director, Center for Latino Research, Depaul University; and author of Before the Boom: Latin American Revolutionary Novels of the 1920s

Adrian Taylor Kane is an associate professor of Spanish and chair of the Department of World Languages at Boise State University, where he teaches Hispanic and Latin American literature. He holds a PhD from the University of California, Riverside, an MA from the University of Rhode Island, and a BBA from St. Bonaventure University. He is the editor of The Natural World in Latin American Literatures: Ecocritical Essays on Twentieth Century Writings (2010). His articles and book reviews have appeared in journals including Bulletin of Spanish Studies, Interdisciplinary Studies in Literature and Environment, Review: Literature and Arts of the Americas, and Istmo: Revista virtual de estudios literarios y culturales centroamericanos.

Chapter 4: The Inter-Artistic Aesthetics of Flavio Herrera and Rogelio Sinán