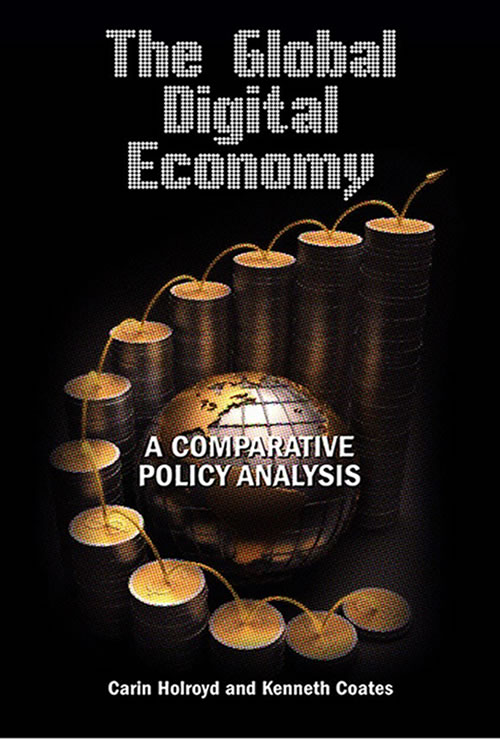 The Global Digital Economy provides a profile of the global digital environment, reviews current government digital policies (with an emphasis on innovative strategies), and offers policy suggestions for national and subnational governments. This book provides a policy roadmap for the digital economy and identifies the risks and opportunities of this core sector in the 21st-century economy.

This book explores the intersection of public policy and the fast changing digital media economy. Over the last 20 years, digital technologies and digital content have revolutionized many aspects of social, economic and political life around the world. Governments, locked into the policies and programs of the traditional economy, are struggling to respond to this dynamic and commercially unique global ecosystem.

This study examines the nature and extent of the digital economy, looking at both the commercial diversity within the sector and the different digital implementations across the world. While the digital engagement of North America is well known, the scale and intensity of digital growth in East Asia is not fully understood not are the transformative changes occurring in parts of Africa.

The digital world is marked by the unexpected and rapid re-orientation of economic, social, cultural and political affairs. The digitization of work, for example, has already brought major disruptions within national economies. Governments are struggling to respond, in part because of pressures from the traditional industrial and resource sectors but also because of the unique, somewhat anarchistic nature of the digital content industry.

The Global Digital Economy provides a profile of the global digital environment, reviews current government digital policies (with an emphasis on innovative strategies), and offers policy suggestions for national and subnational governments. Countries that respond creatively to the digital economy--like Taiwan, South Korea, Finland and Israel--stand to prosper from the anticipated accelerated growth of the sector. Those nations that struggle to keep pace with the digital infrastructure needs of the new economy and with the potential for employment and business creation stand to fall behind economically. This book provides a policy roadmap for the digital economy and identifies the risks and opportunities of this core sector in the twenty-first-century economy.

Carin Holroyd is an associate professor of political studies at the University of Saskatchewan. She holds a PhD from the University of Waikato (New Zealand), an MSc in Japanese Business from Chaminade University and Sophia University (Japan). Her more recent publications include Digital Media in East Asia, Japan in the Age of Globalization, and Innovation Nation.

Their previous works on Japan include Pacific Partners: The Japanese Presence in Canadian Business, Society and Culture; Japan and the Internet Revolution; and Innovation Nation: Science and Technology in 21st Century Japan.

Introduction: Government and the Realities of the New Economy

Chapter 1: The Second Wave of the Digital Revolution

Chapter 3: Government, National Innovation Strategies and the Emergence of the Digital Content Sector