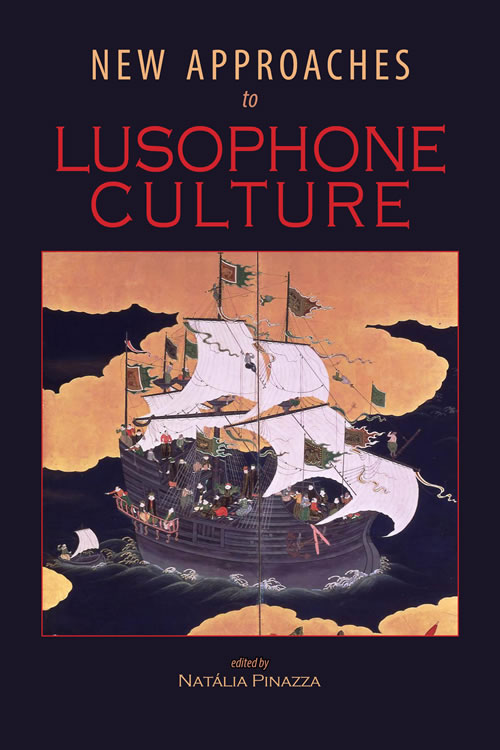 This book takes original and unique approaches to explore a selected body of Portuguese-language cultural production from four different continents. Such a broad geographical scope allows exploration of a variety of genres, and subject matter that reflects the cultural diversity of the Lusophone community while simultaneously situating Portuguese-language cultural production within a globalized and postcolonial context.

The history of Brazil is marked by the transfer of the Portuguese crown to Rio de Janeiro and the declaration of its independence in 1822 whereas African colonies underwent the Colonial War in the 1960s and 1970s in the context of the Portuguese Estado Novo, while Macau, which was the last European Colony in Asia, became independent in 1999. In the wake of colonization and amidst the increasing impacts of globalization, Portuguese-speaking countries have formed national and supra-national alliances beyond the Lusophone community: Portugal with the EU, Brazil as part of Mercosur, Macau with China, not to mention Goa’s annexation to India. In this context, cultural production has been marked by negotiation with the colonial past, independence in Africa and Asia and the end of dictatorship in Portugal and Brazil, changes in gender relations and dialogue with commercial genres associated with US culture. This negotiation is found in literature and films through the perpetuation or problematization of discourses symptomatic of the colonial legacy, which informs representation of historical moments as well as their aftermath. Likewise, historical and subjective memory of the dictatorship in Portugal (1933–1974) and Brazil (1964–1985) appears as a recurring theme in Portuguese-speaking culture.

While there have been discussions about how Portuguese-speaking Asian and African countries have negotiated the processes and consequences of independence and how Portugal and Brazil have experienced the transition from military dictatorship to democracy, the cultural responses from Lusophone countries to these transformations remain largely unexplored. Especially scant attention has been paid to cultural products from Lusophone Asia and issues regarding gender in postcolonial Africa. Moreover, Portuguese-speaking productions of film genres associated with Hollywood, in particular Science Fiction are often overlooked. Addressing those areas in Lusophone studies foregrounds original approaches to the exploration of the diversity of Portuguese-language culture and its ongoing changes in a globalized era.

New Approaches to Lusophone Culture is an important book for Lusophone and Iberian and Latin American studies and cultural studies in general.

Natalia Pinazza is an associate lecturer at Birkbeck College. She holds a PhD and MA from University of Bath and a BA from University of São Paulo. Dr Pinazza’s previous publications include Journeys in Argentine and Brazilian Cinema: Road Films in a Global Era, World Cinema Directory: Brazil, and World Film Locations: São Paulo. She has published in journals such as the Journal of Latin American Cultural Studies and Alphaville: Journal of Media and Film Studies.

Antônio M. da Silva is the coordinator of Portuguese studies at the University of Kent (UK). He holds a PhD from the University of Bristol, and an MRes from the University of Leeds, both on Brazilian cinema. Dr. Da Silva’s previous publications include The ‘Femme’ Fatale in Brazilian Cinema: Challenging Hollywood Norms, contributions to the Directory of World Cinema: Brazil and World Film Locations: São Paulo. He has published articles on gender and sexuality in Afro-Luso-Brazilian cinema and literature in several journals such as Caderno Seminal Digital, Revista de Letras da UNESP, and Journal of African Cinemas. His main research interests are gender, sexuality, and race in cinema, especially from the 1970s onwards, with a focus on the Portuguese-speaking world.

Introduction: Lusophone Culture and the Legacy of Colonialism